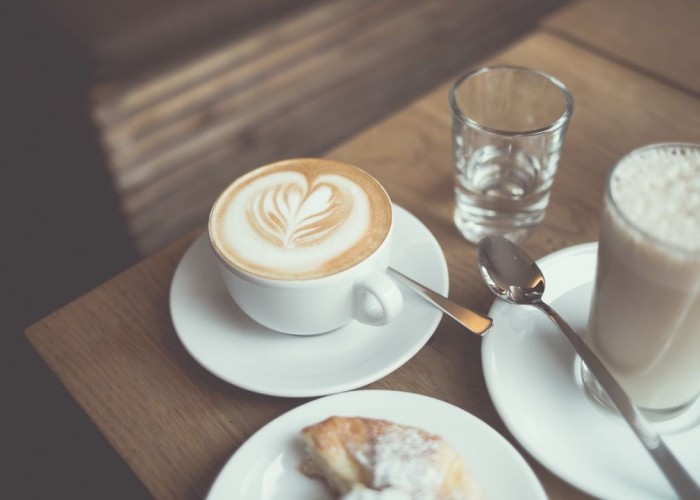 When I was in college, I did not know what the word ‘investment’ meant. Actually, I didn’t figure it out until after I graduated college, because when I started working at my first job, I was so confused signing up for a 401k because I had no idea what it even was. “Why put money away, when you can use it on things you need now?” I would say to myself, not understanding the importance of saving money for the future. I also didn’t get that I didn’t need half the things I was spending money on.

Now that I’m in my late-20s, I have become better about spending money. I don’t do fast fashion (well, for the most part). I don’t blow all my money on alcohol and food. And I look at the prices of things at the grocery store. So far, I’ve done a decent job not spending all of my money, and saving instead. But even though I’m trying not to spend, I have had to spend a decent amount of money on a few pretty good investments to help me do so. Here are the nine best investments I’ve made in my 20s (so far):

1. The furniture I bought from the people who lived in my apartment before me.

My boyfriend and I had to dish out a lot of money to get our new bedroom set, living room set (minus the couches, which are old and still going strong), mini bar, and storage bench. It seemed expensive at the time, but investing in this furniture (which all happened to be really nice) would make things cheaper in the long run, so we did it. And this furniture is going to last so much longer than the cheap pieces we’ve purchased on our own from Ikea that are already starting to fall apart. Sigh.

Just like friends, I would rather have a few good shoes than a bunch of flakey acquaintances that don’t last. My Frye boots are pretty much my best friends. I just had to pay $450 them. Yes, that’s a shit ton of money, but they have lasted almost five years now. Because of that, I’m definitely saving money in the long run. If I had bought a pair or two of boots each season from Target (which can run up to $50), I would almost hit $450, and would probably eventually surpass that because these boots aren’t going anywhere any time soon.

A few years ago, if you told me I would manage to save/make enough money to buy a car, I would tell you that you were insane. But somehow, I purchased a car. Although I now have debt thanks to this car, I own something that costs money. I’m not blindly throwing my money away like I do with rent (ugh). I invested in something, and it is helping me build good credit by paying it off every month.

Okay, I don’t have a Canada Goose jacket, but I assume that would be a good investment if you lived in the North Pole and were prone to frostbite. (If you have a Canada Goose jacket, I’m obviously very jealous of you). But although I didn’t spend around a thousand dollars on one winter jacket, I have a few winter jackets that together I’ve spent a couple hundred on. My J. Crew jacket is great when I want to look nice during winter, but don’t want to wear a big, bulky snow jacket. That was $350 dollars (got it on sale). My big, bulky winter jacket was also on sale, and I got it for $200. I’ve had that one for five years. These jackets, along with others I own, are timeless and will last — AKA, worth it.

I have been going to the same hairdresser since I was 16, so obviously, this is something that is very important to me. The same goes for getting my nails and eyebrows done, which is a very new thing for me, because in the past, I did not give a fuck about either. I don’t invest in these things for other people; I do it for me. The better I feel about myself, the happier I am personally and professionally. I really don’t care at all if I look good. I just care that I feel good. Self-vestments are totally worth it.

A few years ago, I got sick of purging my entire closet every year. It felt good giving clothes away, but I couldn’t afford to do that every year. So instead of blowing money on cheap clothes that never lasted (fashion-wise and fabric-wise), I started buying more expensive, timeless tops — and a lot less of them. I now have clothes that I can wear for years to come, over and over again.

Taking trendy workout classes is no joke when it comes to your bank account. They are EXPENSIVE, and Pure Barre is no exception. But to me, it is more than worth it. Four years ago, I hurt my neck, back, and hip running, and after a year of constant chiropractor appointments and MRIs, I found out that this pain was chronic and to avoid it, I could no longer work out like I used to. Luckily, I found Pure Barre, an exercise routine that focused on the muscles I was working in physical therapy rolled into a work out. This expensive class is not just a work out to me, it is my physical therapy, and probably my mental therapy, too. It has totally changed my life and because of that, it’s worth every penny.

I rocked jeans from Abercrombie and Fitch, American Eagle, Forever 21, and Urban Outfitters through high school and college. Eventually though, I realized I was spending a ton of money constantly replacing these cheap jeans, because they kept ripping, turning disgusting, and getting itchy after a few times in the washing machine. Now, I search for discounted designer jeans at T.J. Maxx and Nordstrom Rack. I also splurge sometimes, especially on AG’s, which you can find at Anthropologie. No, I do NOT own a ton of jeans at all, but the jeans I own have lasted for years, which is better than I can say for the cheaper pairs I owned when I was younger. The prices of my jeans run from $70 to $250.

Sure, you could save a LOT of money if you didn’t spend it to go away, but what is life if you’re not living? I took an amazing, 11-day trip to California last year and got to drive the PCH, something I had wanted to do since college. I recently splurged on a five-day vacation to Punta Cana after finding a great deal from JetBlue getaways. And I’ve gone to Vegas a couple times, thank god, because I don’t think I could go on the Vegas bender I did in my mid-20s now that I’m in my late-20s. (I’m glad I invested in black out life when I still had it in me.) Sure, it would be nice if I could do stuff like this more often (vacationing in general, not blacking out in Vegas), but if I can afford a trip once or twice a year while still saving money, it’s always worth it. Life is only going to get busier!