9 Lessons I Learned From Having 4 Jobs In 18 Months 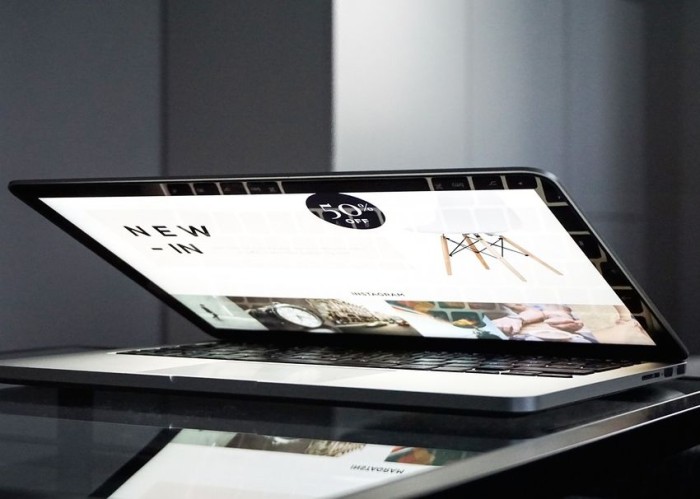 It’s no surprise that the time period directly following graduation can comprise some of the most chaotic, confusing, and seemingly directionless days in a 20-something’s life. We’ve all read dozens of essays detailing the marked trials and tribulations of landing our first somewhat-decent job. While many of my peers experienced this crisis directly after their undergraduate years, the shiny allure of a glamorous Italian Studies graduate degree led me to delay mine another two. While my full-time grad student, part-time coffee-shop worker days encompassed some of the busiest, most difficult, and rewarding times in my life, my most trying ones still lay ahead.

Upon graduating, feeling completely lost in a limbo of too many job options, and yet, realistically, not very many at all, I ended up having four different full-time jobs over the course of a year and a half. One was a part-time position turned briefly full-time, two were within the same organization, and the final one is the job I currently have. I feel very fortunate to now work somewhere where I feel challenged and valued, and where I am learning more than I could ever have fathomed. Still, I like to think that every job I’ve had, however ephemeral, frustrating, or unrelated to my interests was a meaningful stepping stone towards my current career satisfaction. Now, let’s be honest here: I was anything but a perky, optimistic go-getter with a clear trajectory for success in mind. I did not have the greatest attitude when I was feeling dissatisfied at work. I often felt hopeless, restless, and borderline depressed. Still, I treated each day’s work with the attention it deserved, and made sure to check my negativity at the door. The one guiding motivator that constantly stayed with me, though, was my unwillingness to settle.

While this is by no means a solve-all-your-job-searching-problems kind of list, I wanted to share some valuable lessons i picked up along my four-job journey:

1. There is value in every job title.
Your current job may not be your dream job, and it may not be a satisfying job. You may even hate it. But at any position, you are meeting new people and growing your professional network. You never know when a connection may come in handy in the future. In any role, you are also working on perfecting a given skillset. Looking back, my time at the local coffee shop was probably more valuable than the graduate degree I earned while working there, especially when breaking into the workforce. From customer service, to working well on a team, to developing strong attention to detail, I was able to highlight various skills from my coffee shop job on my resumé, which led directly to my next job offer. At the end of the day, a job title is a job title, but you can speak volumes on your resumé about the skills you picked up at your not-great job.

2. You don’t have to stay in every position for years.
I often struggled with the idea that I would have to put in my time at any given organization to be taken seriously by future employers. With my parents’ advice ringing in my ears, I was convinced I’d have to stay anywhere for at least two years before moving on. As well-meaning as this advice is, I don’t feel that it rings true for every case these days. That’s not to say that you should jump from position-to-position every two to three months for years to come. Devoting years to an organization is always a good sign on your resumé. However, it is not the only indicator of a good employee. If you feel like you’re hitting a professional wall, or realize immediately that a job you accepted is not for you, don’t let this sense of obligation hold you back from finding something more suitable. As long as you don’t establish a disconcerting pattern of job-hopping and professional commitment-phobia, you don’t have to shell out years of your life before you’re able to move on.

3. Develop new skills outside of work.
If you are struggling to land a different role and feel like you are stuck, consider developing skills in non-work capacities. At my lowest point in the job hunt, when I was hearing back from all of zero employers and racking my brain for ways to tap into different fields, I decided to focus on the areas of my resumé that I could change, and began researching skills that would make me more marketable. Realizing that many of these could be learned online was a motivating game-changer for me. For technical/programming skills, there are websites like Treehouse and CodeAcademy that provide endless resources to get you started with the basics. If you are able to spend a bit of money, there are coding bootcamps that can land you an internship in the field. Community college courses offer affordable resources for supplementing your learning in numerous areas of study. Ultimately, you are not your college degree. Skills speak louder than majors.

4. Find local job-posting sites.
Maybe I’ve been in Portland too long, and maybe the go-local mentality is overstepping its boundaries in my life, but, in my experience, the smaller and more local the job posting, the higher the chance of hearing back. During my first stab at job hunting, I only used huge job-posting sites like Monster and Indeed. It felt like I was sending out dozens of applications into an abyss of outdated, month-old postings with no real prospects within my reach. I heard back from a grand total of none of the companies I applied to. At some point, I stumbled upon a local event-listing website called pdxpipeline.com that happened to have a job postings section. Thanks to their timely and comprehensive listings, my success rate with hearing back increased drastically. On the same vein, pinpointing specific companies you want to work for and checking their websites first is also an effective method.

5. Cover Letters: quality over quantity.
I remember reading countless online articles emphasizing that job hunting was purely a numbers game. These experts would send out hundreds of applications in a matter of months, hoping that probability would work out in their favor. To a certain extent, it is a numbers game. However, a cover letter that appeals directly to an employer’s culture and values will stand out much more than simply throwing your name into a hat, in my opinion. I found that taking my time to research a company, and cater my letter to the skillset they wanted was ultimately a more favorable strategy.

6. Be timely with your applications.
About 75% of the jobs that I actually heard back from were for roles that I applied to within two weeks of a posting. While it is important to put forth a carefully thought out and researched cover letter, it is also just as important to be on time. As cliché as it is, sometimes the early bird really does get the worm.

7. Don’t jump at the first job you are offered.
I’ve experienced both sides of this scenario. After moving to a new city, I basically took the first job that I was offered. Times were desperate, and I really had no idea where to aim my career efforts. My inbox had been flooded with one-too-many rejection emails, and I was desperate for anything. Given the circumstances, I wholeheartedly do not regret making the rash decision of taking the first job that came my way. It allowed me to rule out one career path, which is hugely valuable in itself, and provided a launching pad for the next position I scored. However, I’ve also found myself in a scenario where I had a job that I was aching to get out of, and was desperate enough to take the first offer I was given. But I didn’t, and I’m so glad because the work would have been intolerable, and I would have missed out on my current job by taking a gig out of fear. If you can financially afford to be more selective with your next step, give yourself permission to do so.

8. Send a thank you note every time.
My most recent interview process involved six steps. Though it felt redundant, I made sure to send a thank you email after each of these steps. I once had a potential employer reply back to my thank you email with great appreciation. “You’d be surprised how little of these we get,” he noted. The smallest touch of gratitude will make you stand out as a potential hire. And if you’re able to deliver a handwritten note in a timely manner, your extra effort will certainly be noticed.

9. Always leave a job on good terms.
This is something that has been expressed numerous times on TFD, and it bears repeating. Never leave a job on bad terms. In my opinion, whether you’ve been there two minutes or two years, it’s important to give your notice in person, and give ample time for them to find your replacement (minimum of two weeks). Be as proactive as you can when tying up loose ends. Is there a training manual for your role? Offer to draft one up or to update it. An employer will always remember how you left, so make sure it’s in the most positive light possible.

Overall, never be willing to settle. You may have to stick it out wherever you are, and you may not be able to change your circumstances as quickly as you’d like. But I am confident that with perseverance and hustle, everyone can find a place where they feel challenged and valued.

Raquel is a writer and avid coffee drinker who works in and loves the tech world. You can follow her (many) feelings at raquelalina.wordpress.com.