9 Unexpected Expenses Of Trying To Be “Quirky & Interesting” 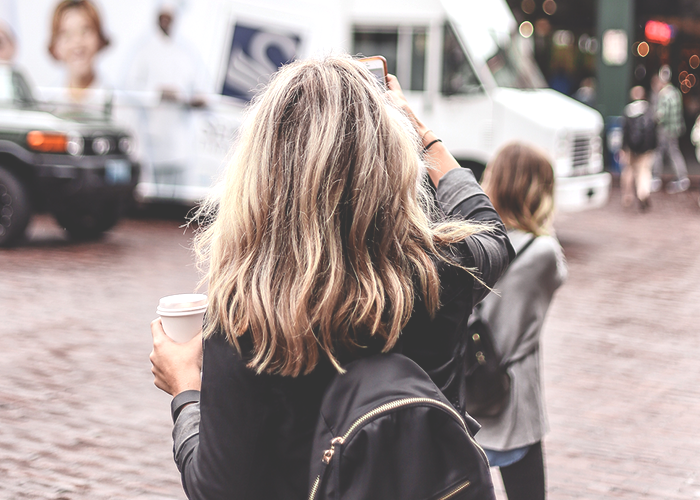 I liked to think that I was a pretty thrifty student — I rarely had to ask my parents for money, always made sure to buy food and textbooks before spending on “fun,” and happily worked one of the harder jobs on campus (outbound calls asking alumni for donations) in exchange for a generous hourly rate.

But when I look back at some of my habits in school, I definitely have regrets about some of the choices I made. Most of these were only “little” choices that probably wouldn’t have resulted in that much more money at the end of my semester, but they certainly would have freed up a small amount of cash to treat myself to something infinitely more satisfying, like a good-quality meal, a dress that would last more than a couple rounds through the laundry, or even a day trip every now and then.

More importantly, these choices I regret making weren’t even about the dollar amount spent on them — some of them were quite insignificant from a dollars-and-cents standpoint. But what is significant is the fact that most of these purchases were made to fit in with others, to change who I was, or to make sure people saw me as a certain type of person. I wanted to be the fun, quirky girl who never said “no” to an opportunity to get together with a friend, who valued “experiences” over materials (even when an “experience” still meant spending money).

I certainly haven’t fooled myself into thinking that if I hadn’t spent money on these things, I would have come out of university with enough money to get a head start on my life. But I do think about these things a lot and try to pass on advice to those just settling in to student life, or any sort of new environment — stay away from these temptations!

1. A cramped apartment directly across the street from campus.

My university — like most in Ontario — didn’t allow anyone to stay in on-campus housing after the first year. For our second year, my friend and I found a nice basement apartment that was such a steal, I get weepy thinking about it now. We had a good landlord, nice bedrooms, and a direct, 25-minute bus route to school (our bus pass was free). But after one semester we started to feel major FOMO compared to our friends who all lived within a block of the campus. Most students at our school lived in an area insensitively dubbed the “student ghetto,” an area of run-down, wartime houses with way higher rents, and parties everywhere you looked. We set out on a mission to find a new place, and ended up unable to stay together because we couldn’t find a two-bedroom apartment (nor could we find additional roommates both of us liked). I spent my last two years of university living in an apartment so small we couldn’t even sit down to eat with four roommates who often drove me nuts, paying more than $1000 per month more in rent, $200 when you factor in utilities. Had my roommate and I just fought through our winter blues and FOMO a bit more, or taken some time to crunch the numbers, we would have realized that we weren’t missing out on all that much, and that what we lacked in geographic vicinity we made up for in, well, an awesome apartment.

I thought of myself as a saver because I bought stuff from thrift stores. The problem? I was buying a bunch of stuff I didn’t need, simply because they happened to be from thrift stores. I’d get hung up on making cool custom tops out of old T-shirts despite 21 years of not being crafty, and end up with drawers filled with failed artisan experiments because I was determined to be that cool girl who walked around in an ironic Fraggle Rock tank top. There was a point when my roommates and I were going to Value Village and a local army surplus store every couple weeks, and I’d always inevitably come home with something I didn’t need, like a William Shatner spoken word album, because irony.

Every semester at my school, there would be a big poster sale. The first time it came to campus, I was determined to plaster my lifeless dorm walls with glossy pop culture posters so that everyone knew what kind of girl I was — the girl who liked hardcore and metal bands and who preferred David Fincher movies

(I know — so edgy). What resulted was a hideous dorm room overwhelmingly covered in wall art, about half of which would end up getting ripped or damaged by the end of the year, the other half becoming completely irrelevant to my tastes within six months. Unfortunately, it took me until my very last year to learn my lesson, an even then, I wasn’t perfect (my non-believer self still thought a pretentious poster about the eightfold path of Buddhism would impress my friends).

4. T-shirts and hoodies from every club I was a part of.

I was super involved in school, something I have absolutely no regrets over. However, I definitely took a lot of pride in being busy, which wasn’t healthy, and of course I wanted everyone to know just how involved I was. I liked showing up to family events wearing a hoodie from one of my volunteer organizations, a T-shirt from my student paper, or even my warm-ups from the school dance program. I was extremely loyal to my extracurriculars, and I often thought I needed to “prove” that loyalty by putting in an order every time a merch list came out.

I dressed very casually in college. So when I went out, I thought I needed to have my She’s All That moment where I would walk into the foyer of my tiny apartment and my friends would see just how hot I could be when I put on high heels and a real bra. Had I demonstrated just a little forethought at the time I would have realized that clubs are a) dark, b) really warm, and c) filled with drunk people who aren’t going to care if you’re wearing the same thing you wore last week. The pressure to always out-hot myself was ridiculous, considering my friends loved me no matter what I wore. There was little point in buying brand-new nice tops and dresses to go out in when they were just going to end up reeking of sweat, smoke, and spilled drinks. I could have totally gotten away with two to three solid tank tops or T-shirts from my everyday collection

and just tossed on a nice necklace and some heels.

6. Anything to prepare for a theme party.

Much of this could actually be thrown into the “thrift store” category. From glow-sticks to ironic sweatbands, I pissed away money a few dollars at a time on dozens of things I only wore or used once, mostly at parties that I couldn’t stand. You don’t have to skip the party, but you’d be surprised once you actually get to the party to learn that there are always people who don’t dress up, or only wear a very minimalist version of the “theme.” You should also consider swapping and collaborating with your friends before you run out and buy a junky cowboy hat, or a briefcase, or whatever it is that you “need.”

I was an English literature major, so I was already having to bring stacks of books home from the bookstore every semester. The reality was, it was years before I began to truly love reading again, but I still clung to the notion that my peers would respect me more if I constantly had my nose in a book and had a new novel to talk about, so whenever I had extra money, it was usually dropped at the bookstore. The end result was books that I’m still getting rid of seven years later, some of them never being read past chapter one. Even if owning a million books makes you feel like a Deep Thinker, there are still plenty of alternatives to filling up your bookshelf. If you have a tablet or an e-reader

, you can carry a million books with you around at once, and most usually cost far less than the paper version. Your local and campus libraries are also there for a reason, and also offer a great alternative to noisy roommate-living environments when you’re trying to get some peace and quiet.

Even though I took most of my notes on my laptop, I always had a notebook on me. And I’m certain I bought at least five notebooks per semester, whether it was because I lost my previous notebook, damaged it, or simply filled it with so many doodles and chicken scratch while bored in my Victorian lit classes that I felt the need to “start over.” The wastefulness aside, what’s most embarrassing is that I would always buy my notebooks from the campus bookstore or boutiques at the mall, because they were pretty, unique or otherwise fitting to my “personal brand.” I even got one where the paper had apparently been made from composted elephant poop. If I could go back, I would buy only a fraction of the notebooks I had purchased, and I would get regular spiral ones from the dollar store.

9. Meeting for coffee or a drink.

I’ve always hated the term “adulting,” because I feel like it’s used whenever someone “performs” adulthood rather than simply just being an adult. Meeting up with someone, whether it’s a friend you haven’t seen in a while, a study buddy or just a new friend, for a coffee or a glass of wine seems to fall into that category more often than not. There’s a weird misconception that in order to connect with someone and have a real conversation, you must be seated in a crowded restaurant or café, sipping something just a little overpriced, and ordering a little snack or a second round of drinks because you hate the idea of lingering too long without having something in front of you. Look: your whole life doesn’t have to be a practice in self-deprivation, but next time you ask someone to meet “for coffee,” try to have that coffee in your home. It will give you a good opportunity to clean up your place a little and create a sense of occasion, which is a quality you should carry with you into, well, real adulthood.

Student life is different for everyone. Your parents may help you out a little (or a lot), or you may have to work two jobs to get by. While you should accept early on that you’re probably not going to make it through your entire student career without a single hard-to-justify purchase (everyone does stupid shit), being more conscious of the “little things” — as well as the alternatives to the “little things” — will definitely give you more of a sense of freedom and help you feel more independent.

Bree Rody-Mantha is a business journalist and dance teacher living in Toronto. In her spare time she enjoys sport climbing, lifting and running the vegan food blog, Urban Garlic.