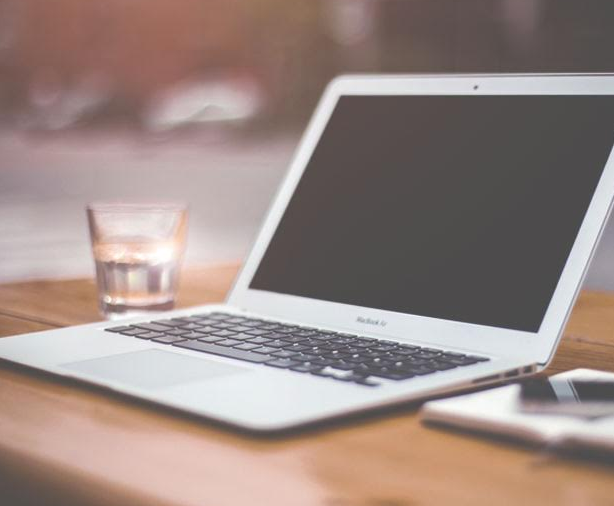 One of the most difficult things in freelancing, I’ve found, is learning how to handle your money when it is fairly unpredictable each month. There are certain things that never change, of course — monthly bills, food and general living costs, etc — but when the money coming in could be anywhere from “more than enough” to “not quite enough,” how do you decide how to allocate your funds? I have some jobs which are planned out months in advance, for which I’ll be paid up to 90 days after they’re finished, and those are relatively easy to plan. But I also have projects which take, from initial conversation to invoice, less than a week. Because of this, aside from a few big things, I often don’t know how much money I’ll end up making in any given month.

As you may have noticed, we now have ads on the site, which can and do provide another stream of income, but without getting into the boring details of programmatic ads, we work with multiple networks who provide them, some of which pay months after the close of the month. We’ve had ads active on the site for a month and a half, and have earned a bit of money, but won’t be seeing it for a while. It will realistically be until fall until we’re receiving a more steady (and representative) sum of money each month from our ads, which will provide us each a more normal salary. (There are also custom projects and branded content, but those are separate and, like freelance work, fairly unpredictable.)

So in the interim, I’m freelancing, and my bills must get paid regardless of the delay I might experience in payment. Right now, I have about $2,800 of monthly bills, which can be broken into: my portion of the rent and common credit card, my own credit card, phone/cable, insurance, Invisalign (ugh), legal and administrative fees, and maintenance for the site. This is more than I’ve ever had before, in terms of bills — starting a website is expensive! — but it’s still pretty predictable each month. So I have to figure out my living budget on top of that, and try to plan ahead, despite the first year of any company being pretty wholly unpredictable.

I must be transparent here and say that my boyfriend does have a salary of his own, and has helped me with things like the common credit card if we were having a busy month for the site and I wasn’t able to pick up much freelance work. But this is something I prefer to avoid at all costs because, well, it’s unfair, and makes me feel like a child. I want to manage my time well enough that I can make freelancing a priority, even when there are other things to be done, and not have my monthly cash flow suffer. Most of the time, I do alright.

The basis of my budget is that I am never without a small but important cushion: a few thousand dollars in savings (it should be more, yes, but has been significantly depleted by startup costs for the site). That’s something I can’t and won’t tap into because, even though I am part of a team in terms of household finances, I need to know that if I’m ever in an emergency situation, I’m able to take care of myself. I could realistically move out of my apartment, for example, and get myself into another one if I needed to for whatever reason. Additional medical bills that my insurance didn’t cover might be another. (The Invisalign required a deposit but has a monthly payment, so it’s more manageable than other forms of medical debt.)

I also save a portion of my income for taxes, as well as every receipt that is work-related, religiously, because it is in every business owner’s interest to minimize what they owe at the end of the year, particularly if they have operated at a loss to start the business.

I have had months in the past six where I earned far above my monthly bills, and some where I earned below it. At this point, it’s a question of allocation of time, and it’s important in freelancing to make sure that you’re maximizing each hour of your week. Sometimes you will need to invest time in things that are not immediately profitable (like the site), and thus must make sure the rest of your hours are valuable. I have consistently raised my “floor,” payment-wise, since going freelance, because it’s the only way to ensure that my bills will get paid while still doing other work. It’s not always a perfect system, but I’ve gotten it to where I can cover my bills with fewer than 10 projects, consistently.

But the point isn’t to squeak by. I still need to eat, and go out, and live a life. Which is why I made a few key changes to my lifestyle that would enable me to have more control over these “non-bill expenses” than I did before.

First and foremost, I go out to eat or drink very rarely compared to what I did before. I cook at least two meals at least five days per week, and while that means my grocery bills have increased (about 100 per week for the household), that is an enormous difference from going out even three times per week, especially considering that it includes household items. I always try to budget at least 400 dollars towards food, and consider going out as something only doable in a “good” month where I have much more cushion against my bills. I also drink two or fewer days per week, pretty much religiously, which is huge in saving money. I no longer have an errant glass of wine with dinner, or a cocktail at the end of the work day. Drinking is huge to increasing your food/entertainment budget, and I’ve noticed a significant decrease in my monthly bills from those two changes.

-Transport. It’s an unavoidable expense, but I’ve been able to cut it down to less than 40 dollars a month, total, by walking almost everywhere. I’ll take an hour walk over a 3-dollar metro ride quite often, because it’s a) my exercise, and b) an easy way to cut back on bills.
-Beauty. Another unavoidable expense, but again one that is easy to adjust. As I mentioned before, I did a month free of face makeup, and that’s been super helpful. I have my basics, and things I’m willing to switch to drug store on, and only invest in nicer things in a month of plenty.
-Clothes/accessories. The last item I bought was a pair of shorts, the first I’ve owned in years, because I wanted to add a single pair of versatile denim shorts to my wardrobe after much searching. I have no plans to buy clothes for the month of June, and won’t let myself until I see a fuller picture of my earnings and see if I have more wiggle room. It’s an easy place to cut.
-Coffee shops. I almost never go to them now — like three times a month, max — and I don’t really miss them. My homemade iced coffee is quite good.
-Dog stuff. In good months, she gets some treats in a new toy. In a tighter month, she just gets the basics and that’s it.
-Travel. As I’ve mentioned before, my boyfriend’s constant travel for work results in an excess of miles and hotel points for us to use. It’s a great #privilege, yes, but I rarely pay for travel.

Essentially, budgeting on a freelancer’s earnings requires a) consistently expecting the worst in terms of earnings, and not ever engaging yourself to a big purchase that you aren’t sure to be able to pay off, and b) creating a hierarchy of expenses, and deciding what is important to you. I consider myself as having two budgets: A “good” month and a “bad” one. During a “bad” one, certain categories of spending are cut entirely. A “good” month means savings in the bank and splurging on the things I’d been holding off on. For me, re-straightening my teeth was an investment I was willing to make, but on the other hand, I’ve forgone things like dermatology treatments which used to be regular, because I didn’t feel that their results were worth the money.

Being a freelancer makes you confront the bills you have, and clearly see where you are and are not going to feel the hit. But it also bestows in you a profound desire to squirrel away money, where you may not have had one before, because it’s up to you to steel yourself against a lean month. If you do it right, variable income can be a huge help to your financial goals. You just have to do it right.