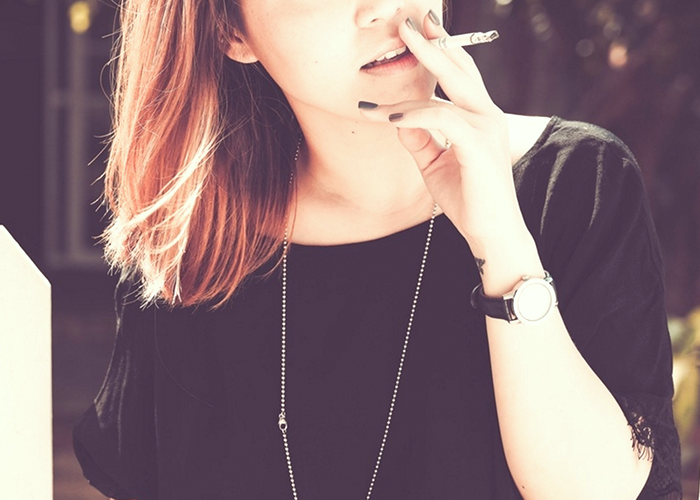 Do you hear that?

That would be the sound I made nearly every day of 2015, flushing my hard-earned money down the toilet, mostly on Adderall. Yes, I am the 20-something professional New York City cliché: along with my fancy gym membership I never used, the bottomless brunches I attended, and the fast-paced job (I work in PR) I adored, I was also addicted to Adderall. And I know you’re probably thinking, Poor little rich girl, what does she know about misery? Or, actually, that’s probably just a line from Titanic that got lodged in my head. Either way, my dependence on Adderall is something that, compared to a lot of the other people I’ve met in my various treatment programs, pretty tame. My rock bottom was waking up, shaking, on a work day, at the terminal of a subway line I never used, wearing nothing but a big tee shirt and holding a Duane Reade bag with my wallet, phone, and keys. (I genuinely have no recollection of how any of that happened, but most of my nights partying when I was on Adderall was like that: a blur that didn’t stop, because I didn’t have to.)

The point is that I realize that my problems were better than most, and even compared to other Adderall-ites, my consumption wasn’t that high: when I stopped, I was at 60 mg a day, which to many people could be considered a normal (if high) dose. Doctors could prescribe that shit, though mine didn’t, because at a certain point I stopped getting prescribed it, period, when I was having a hard time hiding my signs of abuse. But of course like any good New York druggie, I found my ways, and through an alternating combination of doctor-shopping and good old fashion drug-dealer-on-my-couch-ing, I got what I needed. But I spent about $21,000 in 2015 on being that person: on the drugs themselves, on the partying it drove me to do, and on the endless luxuries I afforded myself when I was feeling very high on my horse, heh heh.

I would take Ubers absolutely everywhere, because the subway gave me panic attacks. I would go to flashy bars and lounges and sip $15 cocktails, then occasionally crash in a nearby hotel because I was too tired to take an Uber home. I lived like a king, even though my salary at the time (full disclosure, I made just under $80,000) meant that I was draining my savings and then some to do it. I could tell when I looked at my checking statements at the end of the month what spending was “me” and what spending was “me on a fuck-ton of Adderall,” and it was like Dr. Jekyll and Mr. Shaky.

But the truth is that, until I had my A-ha moment and realized I needed to grow the fuck up and ditch the pills, my behavior and the drug itself never seemed odd to me. In New York City, especially in industries like mine and neighborhoods like mine, a lot of fucking women take Adderall. Period. And a lot of them do it for the same reason I did: not because they actually need it to concentrate, but because it has the magical dual effects of making you effortlessly skinny, and making you really fucking good at your job. I loved the fact that I could work 12-hour days and get 24 hours worth of work done, and not feel hungry even once. I drank my Venti Starbucks, smoked the occasional cigarette, and was good to go until I met up for drinks and sushi in the evening. Without trying, I was getting promotion after promotion, and never went above a size two.

But like all good things, it started going off the rails, as it does for many women who are leaving the honeymoon phase with the big A. As your dosage goes up, those same things you used to love about it become what turns you into a monster: your energy turns into angry mania, your lack of appetite turns into scary-thinness, and your lack of sleep makes your face look like a pumpkin two months after Halloween. If you’ve ever been on line in an upscale supermarket in Manhattan and seen a woman (or sometimes a guy) going absolutely insane on the cashier for something incredibly dumb, remember that that person is almost 99% certainly taking Adderall. Once you are that person, you can spot them from a mile away. Game recognize game, pills recognize pills.

Going off of Adderall was absolutely terrible at first, too, as anyone who’s done it will tell you. I sank to the lowest depths of my fatigue, laziness, irritability, and… let’s just call them unpleasant physical symptoms. And the worst part was, by far, telling my employer. By the time I had “the talk” with my boss, she was far from surprised (and I’m sure had been on the verge of firing me for tearing through her office every day like a Bitch Tornado, as well as occasionally not showing up at all), but she was understanding. And her understanding made me feel even shittier, because I knew how much I had taken advantage of her lax policies about sick days and understanding for my outbursts. My druggie ass didn’t deserve her, frankly, and the fact that she cried and hugged me and pledged to be there for me after my treatment made me feel worse.

But this year, I am proud to say, I have spent exactly $0 on Adderall. I still drink coffee, of course, but in quantities that are appropriate for a little perk of alertness and not turning into an office monster. I live a much more balanced life and, even though this is going to make you hate me, I do a lot of yoga now. I’m that chick, and on my one-year anniversary sans Adderall, I’m even going to get a tattoo to celebrate my progress. Gross, I know.

I’m also making a pledge to myself — which is going to be relatively easy to keep now, because I don’t go out much these days — to save all of the money I blew last year, all $21,000 of it. It was too much to do on my salary, so I took on a side job on weekends for a small catering company to help restore my emergency fund and start investing a little bit. And yes, I’ve put on a little weight, which I’m very proud of: I finally look happy again, instead of like one of those shaky Italian greyhounds.

I respect that some people truly need the drug I abused and can manage a healthy life with it. I was not one of those people, however, and if you suspect that you also might not be, I’d suggest you start doing some research. Be honest with yourself, and don’t be afraid to ask for help.

J.S. is a badass PR bitch from Hell who is only more on her shit now that she is off the shit.