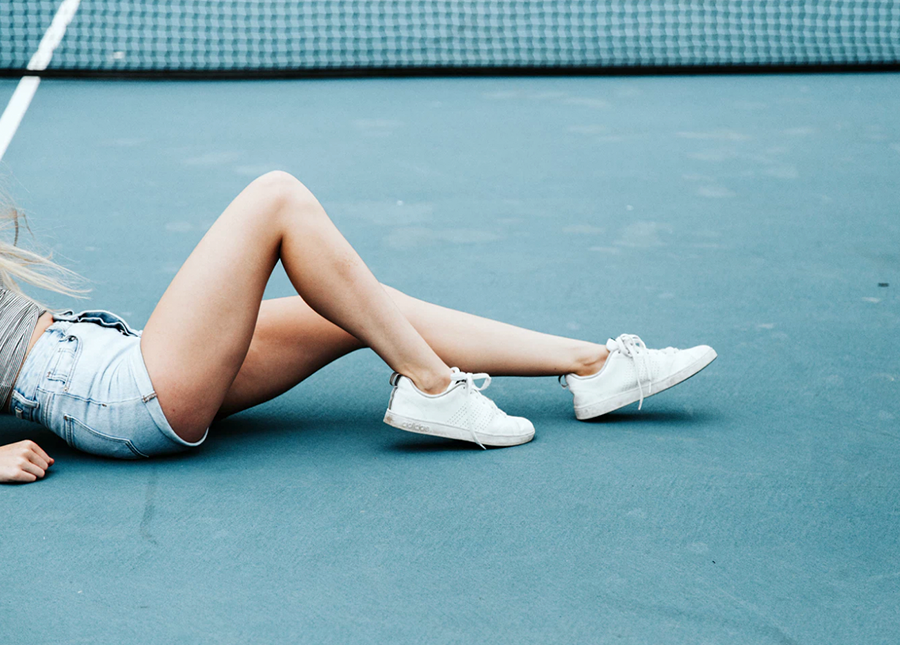 I am a hairy human. According to my Ancestry DNA results, I’m a 1/3 Spanish, 1/3 Italian/Greek, and 1/3 Native American, which is basically like hitting the hairy lottery. I had a unibrow and a full head of hair straight out of the womb, and I have the embarrassing baby pictures to prove it.

I’ve been in a lifelong battle with the hair on my body, and up until very recently, my hair was kicking my ass. In elementary school, I started getting regular eyebrow waxes and using Nair on my legs. In middle school, I graduated to razors and shaving cream, and I continued the deforestation effort throughout high school. In college, I waged a bloody war on any and all hair that wasn’t on my head. Three times a week, like clockwork, I would shave my arms, legs, and bikini area, as well as my hands and feet (including fingers and toes). Putting aside how long this process took, the physical toll it took on the more delicate areas of my body was almost enough to keep me celibate for life. (Almost.) Nevertheless, I would endure the painful drags of the razor across my sensitive flesh every Monday, Thursday, and Saturday just to keep my fuzzy forest in check. Desperate for some semblance of relief, I turned to waxing when the constant razor burn became just too much to bare.

Going from shaving almost every day to waxing is like being stranded in the middle of the ocean and someone throwing you a floaty. At first, you’re grateful because your legs were getting tired, but then you realize you would’ve appreciated it more if the person who had thrown you the floaty would’ve just pulled you up and into the boat they were in instead of just leaving you for the sharks. It’s not better, but you just think it’s better because it’s new and different. That being said, if you’re stranded in the middle of the ocean and someone gives you a floaty, you’re not just going to throw it back. You’re out here alone just trying to survive; you’ll take all the help you can get.

So I ditched the razor down there and started get waxed — regularly. That means I dropped $65 (including a generous tip) every four to six weeks. I was told (brainwashed?) that if I waxed regularly, I would get my hair on a “waxing cycle,” and the length of time between treatments would increase. It didn’t. Once a month, I would walk into my wax center looking like a hedgehog and half an hour later leave looking like a Sphynx. The few times I did push my appointment back a week or two and decide to shave, I would be bikini-shamed at my next appointment for ruining the “waxing cycle.”

I knew I was spending a pretty penny to keep this kitty groomed, but I didn’t know how much. The sheer vulnerability one must display to strip down Winnie the Pooh-style and lay on a table with your legs in a butterfly position was more than enough shame and discomfort for one day, thank you very much. Looking at my bank account after that kind of torture would’ve just been one more unnecessary flagellation on top of it. And month after month, I continued to get waxed, somehow forgetting the pain of both the wax removal strips and the cost by the time the next appointment rolled around.

When I took an honest look at my finances last fall, it was immediately clear to me just how painful all those waxes really were. After two years of consistent waxing, I discovered I had spent around $1,300 having the hair down there mercilessly ripped away from my body. Ouch. I could barely wrap my mind around that amount. That money could’ve been a nice vacation, a fancy bag, or a new computer, but instead, I spent it on keeping my coochie spick and span. What a waste.

I decided I couldn’t keep paying $600+ a year for such a temporary fix. I had heard about laser hair removal before, but I thought it was only something wealthy stay-at-home moms in Los Angeles could afford to do. I looked up a reputable laser hair removal center in my city and discovered that the cost for a Brazilian was $100 — a little less than double what I was already paying for a wax, except laser is permanent. I immediately scheduled an appointment and started planning a beach vacation in my mind.

The first appointment, we just went through the basics. No waxing before or between sessions and no sun exposure, exercise, or sex for two days after. Laser works by targeting the hair follicle and essentially zapping it to death, and since waxing removes the hair follicle in its entirety, that’s a no-go. No need to tell me twice. I also learned that I was the perfect candidate for laser hair removal, since I had light skin and dark, thick hair. (Sorry, blondes and redheads, laser probably isn’t for you.) My specialist told me I could be hair free in six sessions, and I almost fainted from happiness.

My first experience with the laser was surprisingly quick and easy. Laser still hurts, but it’s a quick, sharp pain, whereas waxing was more of a long and deep pain. It’s not pleasant, but it’s not that bad either, and it’s over in less than half the time. I saw a difference in the thickness of the hair immediately. In between sessions, you’re still allowed to shave as normal, and shaving actually becomes easier as the hair gets less thick and grows more sparse. With every session, they increase the power of the laser, but if it ever becomes unbearable, you can always ask to take it down a notch.

Six months and $600 later, I can now proudly say that I am 95% hair free down there. There are a few thin stragglers that pop up every once in a blue moon, but time and laser technology has softened us both, so I don’t mind bringing the razor back out. It keeps me humble, you know?

Although I absolutely love my experience with laser and will continue to shout it from the rooftops until the end of time, I’m not in a place financially where I can justify spending $600 on lasering another body part out of sheer laziness. Laser is definitely a luxury expense, but if you’re someone who gets regular waxes, it is absolutely worth looking into. Until I hit the real lottery, I’ll continue to shave my legs like a peasant.

Cristina is a freelance beauty writer in Austin, Texas. She spends her spare time masking and wondering if jade rollers really work. DM her your favorite moisturizer on Twitter or visit her on her website.