A Note From Chelsea 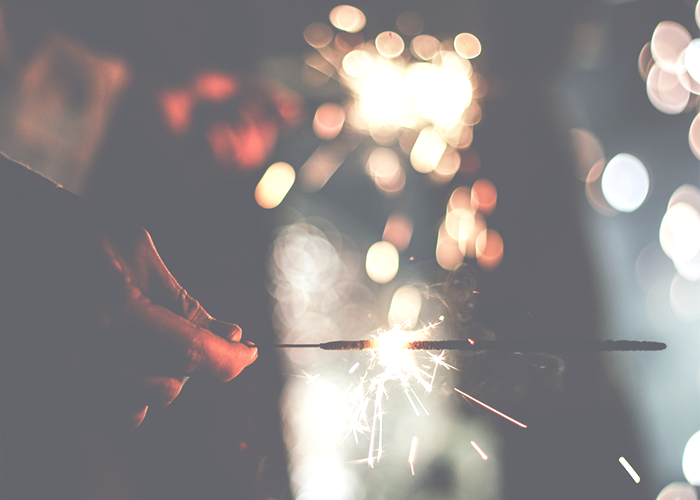 I’m probably not going to be writing much for a little while. Lauren and I are on the West Coast for a work thing (we’re going to Vidcon with the Ecogeek team, which we’ve been excited about for a long time), but while here, we got some very, very bad news. A friend of mine (who, as fate would have it, lived in LA) passed away on Friday night. I’m not going to get into who or how or why because some of that no one knows, and the rest of it is not my place to shout through a megaphone. I know everyone handles grief differently, and I know that sometimes it involves posting photos of the two of you smiling with a caption about this or that, and putting it on your Facebook or theirs. This doesn’t feel right to me, and I don’t know why exactly. But I also know that going on social media in general isn’t great right now, because it has become a sort of museum, scattered with cobwebs of things he would have liked or things he already did, comments he left and messages he sent. Twitter feels like Minesweeper.

So I know that I’m going to go a bit quiet, at a time when, professionally, I should be at my most prolific. I’m not sure how the next week is going to go, but I know that I’m going to do whatever is possible to prioritize this person, this person who now must be spoken about in the past tense despite that feeling physically wrong. My body feels like it’s pulling against the past tense, because no one who was as young and brilliant and hilarious as he, no one who was as much of a constant presence in my day-to-day, should be spoken of that way. This news has made everything that was so exciting about the West Coast feel sordid and unimportant, and while I don’t want to drag down everyone around me to whom I owe my professional best, I also can’t be that person. I don’t want to smile and hand out business cards, I don’t want to go to parties, and I don’t want to explain why I’m sad — hence, I guess, posting this.

I do want to work, though. I want to keep working harder maybe than ever, building and fussing and putting things together. So that’s what I’ll do, aside from drinking wine and crying and hugging, checking in via text and repeating “I don’t know.” I got to see a few friends last night at a vigil, and it felt good to be with them and to cry with them in a place where it was okay to do that, as much as we wanted. Because when you’re back anywhere else, being sad is only okay in small bursts as long as it’s not too embarrassing, so you’d better have something else to focus on. I feel lucky, in a lot of ways, to have something so big to throw myself into when everything else is chaos, something that always needs me and can always be given time. I guess this is how parents feel, on some level — it’s nice.

Saturday, Lauren and I went to the beach because we’re in California and we don’t know when we will be again. The beach was really our only destination, our only Thing we knew we wanted to do. And even though that was the morning we got the news, after a certain amount of time crying and sitting on the couch and calling other people who are also crying, the only reasonable thing to do is to keep going with your plans. I said to Lauren, “My choices are to sit on this bed and cry, or to go sit on the beach.” And I wanted to see the beach, and the Pacific Ocean, which I’ve never seen. And I’m glad that I did. It was a very melancholy time, eating fried clams in silence and walking up and down the boardwalk, hearing kids scream all around us. We saw a dad lovingly buckle three very little boys onto a roller coaster — I think it was a big deal for them to get to ride it all by themselves — and pat them each once on the head before it took off. He stood on the sidelines of the ride, next to the operator, cheering them on.

I’m glad I went to the beach, and saw that.

I don’t want to give platitudes about how now I’m living life more fully or following my dreams, because I think I bang that drum hard enough on your average day. I feel lucky that I’ve thrown myself into things, that I’ve always been the type to tell people I love them often, and to not go to bed angry. This news, for better or worse, hasn’t been a call to action for me, because I already feel called.

But it does feel like a time to remember that it’s not just me who matters, that it’s not good enough that I be doing something I love, and living my life with some inspirational-coffee-mug-fullness. It’s urgent — a moral imperative, even — that I encourage the same of the people I love at every turn. I have to ask them the hard questions, push them to answer not just “what” but “why,” cheerlead them and support them with the full extent of my capabilities. I have to be there not just to ask what they want, but to check in and make sure they are going for it. I have to offer my help and follow up on it, tell them what I truly believe they are capable of and provide whatever I can to make sure they pursue it. It’s up to me to be the coach in the underdog sports movie to the people I care about, because it’s up to all of us to do that. Once our oxygen masks are on, we have to help those around us. And if we already feel lucky enough to be on a path that is fulfilling and rewarding, we have to help others get on it.

Because none of us can do it alone. Without a few key people to have pushed me, believed in me, and loved me in a way that was both difficult and demanding, none of this would have happened. It’s not enough to tell someone you love them, you have to push them. You have to both see the version of themselves that they can’t yet acknowledge, and be the voice in the back of their head that demands they become it. We have to be one another’s ladder, and understand that the best love is not always the easiest love, because it wants more for us than is easy. We have to be that love, and always be challenging ourselves not just to create a better world in our own lives, but to remind others that they are capable of the same.

There is no feeling worse than the feeling of it being too late. But for this particular story, I must accept that it is. Now, there isn’t much left to do but read all our old messages and think of all the times I didn’t say, or didn’t say enough, how much I believed in him. Now, all there is to do is resolve to be better, to try harder, to be the mirror that people need and to demand they look into it.

All we can do is keep going, onwards and upwards.