How Acting Frugally Can Actually Lead You To Spending More 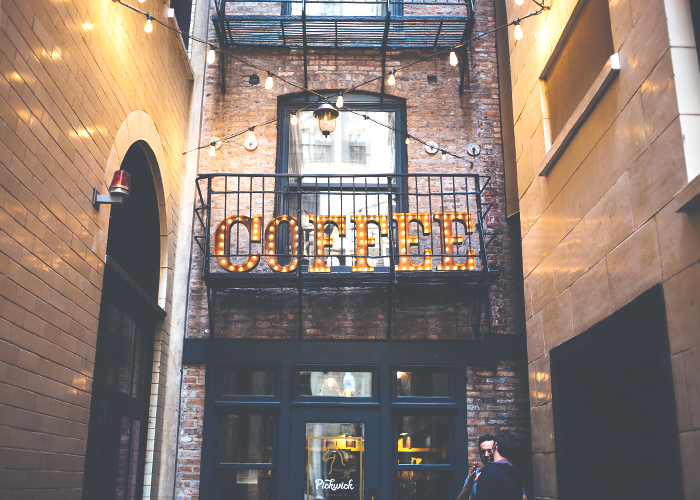 Focusing on frugality can sometimes feel like wandering through the desert. We often trick ourselves with mirages in the distance that are temporal, and that will not lead to happiness.

As part of my fiance’s and my 90 Day Frugality Challenge, we’re discovering all sorts of new things about our lifestyle — and therefore, about ourselves. Luckily for us, there is a bit of behavior science out there related to what we’re trying to achieve.

We have caught ourselves on a Saturday night feeling ecstatic that we spent close to nothing (relative to our previous budget). That sounds great, but here’s where it gets tricky: We suddenly feel a need to go out and celebrate, to reward ourselves. Our week of frugal behavior makes us feel like it’s only fair for us to take a break from our overall goal.

It is an odd paradox, so you can imagine my delight when I discovered something in behavioral science that speaks to this situation.

What is Moral Licensing, and Why Should I Care?

The term “moral licensing” has been around for at least 15 years. When it comes to the human psyche, we should be very careful, because it has the power to create and destroy wealth in ways that make our W2s jealous. Brain chemistry is a powerful force that can either be understood and utilized, or else it remains unknown, and works against us. But at the very least, maybe we can find ways to trick ourselves to get our brains on our side.

Moral licensing is one such example of cognitive bias. We humans have a tendency to want to act in alignment with our morals and values. This makes us good. What moral licensing does is present us with a unique problem after we have acted well. Once we behave in a positive way, our self-esteem goes up, and we feel better about who we are. We feel positive emotions as the affirmation “I am a good person” crosses our minds.

Here’s where the problem kicks in.

With an elevated self-esteem from our good actions, we then become more likely to commit an immoral act, or an act outside of our values. In the most simple of terms: We feel we’ve been good, so now we can be bad. To illustrate moral licensing in action, I’ll share the ending of my story.

After the end of one frugal week (two weeks ago), we broke with protocol and went out to dinner. It was, as mentioned already, our reaction to having had our most frugal week to date. It was a mini celebration — plus, we were traveling, and just so happened to be presented with the opportunity to eat the most delicious tacos in the state of Texas. The stars had aligned, and the jalapeño-infused margaritas had taken us over.

If right now you’re thinking, “If Mr. and Mrs. Distilled Dollar can’t say no to tacos, no one can!,” then you are both right and wrong. Kind of like we were when we found ourselves faced with moral licensing. None of us are anywhere close to perfect, so of course we’re susceptible to the same cognitive biases as everyone else.

Our Solution to Avoid Moral Licensing the Next Time

We thought ahead to moments like the one described above, and we came up with how we would handle the inevitable temptations along the road. Early in the frugality challenge, we were fueled by pure optimism — the newness of everything, and some reading I was doing on stoicism. Alas, these emotions tend to fizzle out. After another week (this past week), we knew we would come face-to-face with another instance of moral licensing. We were ready this time.

To “reward” ourselves, we set up an evening of frugal activities — specifically, cooking, reading, and watching television. This might sound easy, but what we essentially did was block out the entire evening to do something we normally do anyway (such as watch Hulu or Netflix from our Roku, which doesn’t require paying for cable).

By committing to activities that lined up with our goals ahead of time, we closed the door on an impromptu decision to go against those values later in the day. We made our commitment very specific — as in, we knew what meal would be cooked, and what television show we would watch. By making our commitment more planned out, it became harder to turn down our night of guaranteed fun for something we knew we would feel guilty about later. We learned our lesson about what it takes to drive home a successful week. Frugality continues to inspire us, and remind us what we truly care about.

Have you had any similar experiences where activities come up as a reward for past behavior? Know any behaviors we exhibit that might ultimately lead to irrational spending? What do you do to stick to your goals, even near the very end of a long week?