How To Actually Help A Young Woman Today 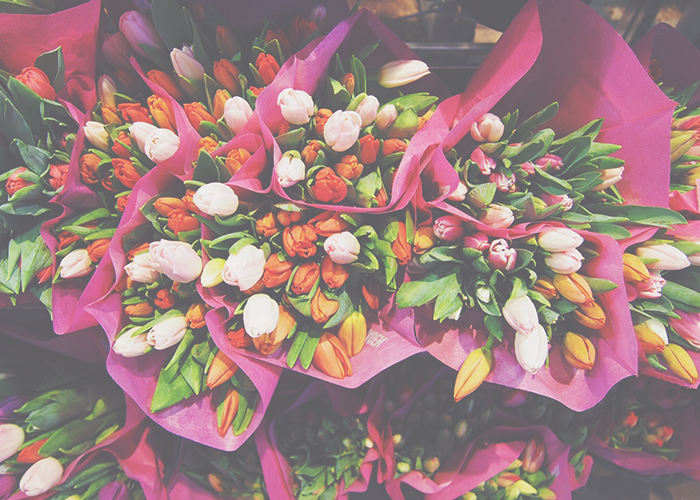 The other day, I was scrolling through my Facebook feed (as one does), expecting to look at family goings-on and potentially get in a political fight with an acquaintance (as one also does), when I came on a rather jarring status from a high school friend. I say jarring in the best way, because it was definitely the kind of moving stuff you don’t often see on Facebook, even though Facebook’s most valuable currency is Stuff That Makes You Cry At Your Desk. Instead of just being the usual share of a HONY-esque tearjerker or an inspirational meme set over a picture of yoga, it was a story about my friend’s job, a particular young woman at her job, and what she wanted her Facebook community to do, if they were willing. (Yes, this status contained a call to action, and not one that entailed donating to her personal Kickstarter so she can go make sand paintings in South America.)

My friend, who leads classes for a group in DC called SIHLE, which comes from a Swahili word for beauty and is an acronym for “Sisters Informing, Healing, Living, and Empowering,” wrote,

“So I have had this distant/difficult student in my group for the last month. She has walked out of my sessions, given me attitude when I asked questions, the works. School staff asked did I want her taken out the group, I said ‘nah I’m good’ because I knew it was something more. People aren’t mean for no reason. Longer story short today she came in, sat next to me, completed my sentences and gave me the best hug ever. She also let me know that on Sunday her mother passed away. She was only sick for a month, the month that she’s been in my group.

She told me that I was the only person who didn’t make her talk, but also the only person who made her cry and think about her mother, because I was saying all the things my mother told me were coming true and how they should listen and cherish the lessons of wiser women. Y’all I tried my hardest and I mean my hardest not to wail in front of her. Jesus be a strong tear duct!

At the end of the session, she said to me the hardest part is that she ‘has to get used to the idea she wont have a mother for birthdays, graduations or the special things.’ She was a single parent and was everything for her girls.”

One of the biggest problems with all of the inspirational/motivational/uplifting stuff we tend to see on Facebook, and social media in general, is that it doesn’t serve much of a purpose outside of simply making us feel things. Yes, there are certain projects or campaigns — often run by the aforementioned HONY — that call to direct action and ask us to do something more than simply think, for a minute, “wow, I’m lucky,” or “wow, that is an awesome story.” But they are relatively few. And while education for education’s sake is good, and humanizing people who aren’t like us is always a noble cause, there is often so much more that we could do that we aren’t driven to. Each of us could find ways to take a step further in investing in the heart-wrenching stories we see, but often that step further is money or time, something that many people either truly don’t have, or feel that they don’t have.

And so often, we aren’t even asked. And when we are asked to contribute to a cause, often the causes are shallow and purely for personal gain. (It’s easy to get turned off by all those Facebook Kickstarters or GoFundMes, even the ones for important causes, when you see people like hometown bands asking for money to stage some experimental art project at Burning Man).

But my friend had a unique request in mind for her student. And when she told me more about the job she worked, it put the request in perfect perspective. About her job, she told me,

“I work with the girls for weeks. We discuss values, role models, and goals. We discuss healthy relationships, types of abuse and healthy communication, like how to be assertive, and not passive or aggressive.

Of course we also educate them on STI/HIV, birth control methods, reproductive health and anatomy. It’s a program dedicated to holistic health for young ‘at risk’ Black women.

We try and give them self-esteem and self-worth, because without those things you’re not going to value yourself. And if you don’t value yourself, you wont protect yourself, or find the importance in self-care. So pretty much I have spent the last 3 years trying to get the young black women in DC into formation. Lol.”

So in keeping with the important themes of her work, focusing on self-care and self-esteem as the foundations of a healthy and prosperous life, my friend asked that her Facebook community help “collect a bunch of special occasion cards, notes, birthday cards to give her to open during those future special moments, etc. Example: Notes to read right before she leaves for prom, or has a break up. Really all the times you would want to call your mom. Even if its just a note of encouragement for a hard time in the future, tips on womanhood, or just a funny story she can open up on a rough day. I know it won’t replace, but it can make a difference in her healing process.” I knew immediately that I wanted to send something, but I also thought about the TFD community and how much what we do here echoes the sentiments of this small project. I thought that our community could join in, and send a few notes of our own. My friend was thrilled at the idea of opening it up to us, particularly with the unique focus of our community.

It’s rare that something I see while scrolling through Facebook makes me cry, gets me motivated, and then actually drives me to do something beyond just, at the most, clicking a donate button for a few bucks to a huge cause. I know that this is on me, and that I rarely do enough, but it can often feel as though we’re numbed to the needs of the world by seeing so many of them coming at us from all angles. Everything can feel like a source of inspiration, or a source of sadness. And we can feel helpless against the tide of all there is to be done.

But I promise that if, today, you take a few minutes to write the small note that you would want to read as a young woman, you will have done something meaningful. You will have helped someone, and shown them that, while nothing can replace a mother, women can create powerful networks and safety nets for one another, and can teach each other to love ourselves in a way that can sometimes feel impossible. We cannot be a mother to everyone, but we can be a village. And we can offer comfort with our experience, wisdom, and compassion.

If you are interested in contributing to this project, please email me at chelsea@thefinancialdiet.com, and I will provide you with my friend’s information to send your note.

I look forward to hearing from you, and have a lovely week.