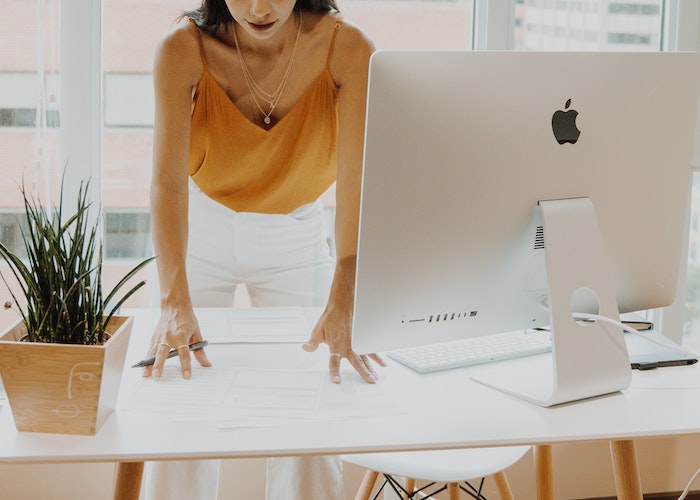 There are all sorts of people who can be toxic to our mental and financial health in sneaky ways. One increasingly common one is the “thinkfluencer.”

Comedian Caitlyn Reilly recently lampooned this type in a video. They are predominantly (but not always) male. They are pseudo-life-coaches, aspiring TedTalkers, forever dispensing advice on how to hustle and #BeBold. What they do (and what they’re selling) isn’t always clear. Worse off, because of their charm and borderline-toxic positivity, it’s easy to fall for them as a friend, boss, or partner – and financially, it can get messy.

My experience with a digital media ‘thinkfluencer’ was working for one who was in the early stages of his journey. I have (sort of) told this story on TFD before. The article focused on how I managed to leave a bad job in a short amount of time without anything to fall back on. I didn’t go into great detail about my boss, because the story wasn’t about him. But now that there are more and more men like him out there, I feel a need to share what they’re really like and how they can be damaging to relationships.

When I started working for him, he was just starting out with attempting to become a thought-leader. You can read a bit about the things he had me doing in my previous TFD post. After he tried blogging, he started going to Tony Robbins seminars (which cost anywhere from a few hundred dollars to $5,000, and which some have called ‘dubious’ in their methods). He turned the company Instagram into a collection of his own motivational quotes (which offered little actionable advice or made that much sense if you read them closely), started a podcast with a fellow amateur thought-leader, then started another podcast. He’s talked about wanting to write an ebook and become a speaker. But when I thought he was getting annoying enough to unfollow, I noticed a bunch of my guy friends from college falling down similar rabbit holes. In a lot of cases, it’s because they fell for a thinkfluencer themselves.

Here’s why you need to worry about those charming, motivated, What’s up guys?- guys.

If you ever reconnect with a friend over coffee or have a nice discussion on FaceTime, but then they turn around and start talking on platforms like LinkedIn or Instagram about the “amazing, inspiring conversation” they had with a friend, it could cross a line between compliments and using. If you feel like pouring your heart out or sharing your experiences with someone might result in them simply turning it into learning experiences for them – or worse, turning it into content – instead of simply being empathetic or listening, you might be dealing with someone who is more focused on themselves than others.

What makes these types so appealing is their ambitiousness. But they’re so inspired by big achievers – entrepreneurs who built million-dollar businesses and speakers who draw five-figure crowds. This can quickly go from a good quality to problematic behavior. With my boss, I never felt like I achieved anything, because no matter how many milestones we hit, he always wanted me to dream bigger (or rather, #DreamBigger). If you’re friends (or colleagues) with someone who doesn’t allow you to celebrate small wins, or can’t break out of a hustle mindset, that’s not a sustainable relationship. 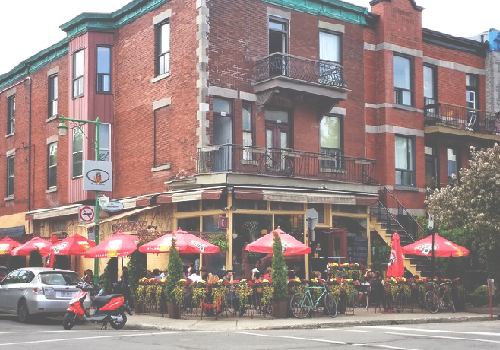 The biggest difference between an ambitious person and a wannabe thinkfluencer is that the latter are very image-conscious. They always make a point of showing how active they are, how much time they take for prayer/meditation/self-reflection, how much networking they do and how they dress for success. Riley even makes fun of this in her video with you how early the guy gets up and how much time he spent working out. But when you’re on the other side, you see how much goes into this image. Most of my boss’s “networking sessions” were things like mastermind sessions (whether or not you think they’re a “scam,” objectively speaking, most of them require payment) and meetings with a business coach who was also well-compensated. All of these are choices people are perfectly entitled to, but if they start encouraging you to do similar things, make sure you’re not getting into a toxic cycle – that brings us to #4.

This is the part you have to be most suspicious of – because a lot of them start literally selling things, like ebooks and online courses. Or, they encourage you to buy those things from other thinkfluencers. (They must be successful, because they wrote a book, right?) The thing is, a lot of these guys don’t have the qualifications to dispense all this advice. I’m not talking about education – some of them just plain don’t have the experience to tell you how to build something of your own, even if they make it seem that way. For example, my old boss talks a lot about wanting to become a speaker or write a book. But I don’t know what he could possibly teach people – his company is not terribly successful and is not particularly innovative (they’ve even downsized since I left). That is not to say that it’s a bad company or doesn’t deserve success, but should he be teaching other people how to be successful? Even look at how the big guys like Tony Robbins, who charge hundreds (or thousands) for seminars to improve one’s life, have legions of fans who keep coming back again and again. If such coaching is really effective, should someone need to continuously go back to it? With a lot of the thought leadership industry, the endless cycle of promising something big only to keep you in a loop of seminars, books and podcasts feels a lot like an MLM. People wave their success around in your face, promising that you can have a taste… and it never comes.

There’s nothing wrong with wanting inspiration in your life, and being surrounded by ambitious people is good for you. But people who try to make a brand out of that ambition might be a more toxic influence than you think. If you have a person like this in your life, you don’t necessarily have to cut them off, but make sure you’re vigilant about not getting too taken in. Let their passions be their passions, be mindful of your time and money, and make connections with real people who just enjoy talking to you – not coaching you.