The Biggest Money Problem You Might Not Even Know You Have 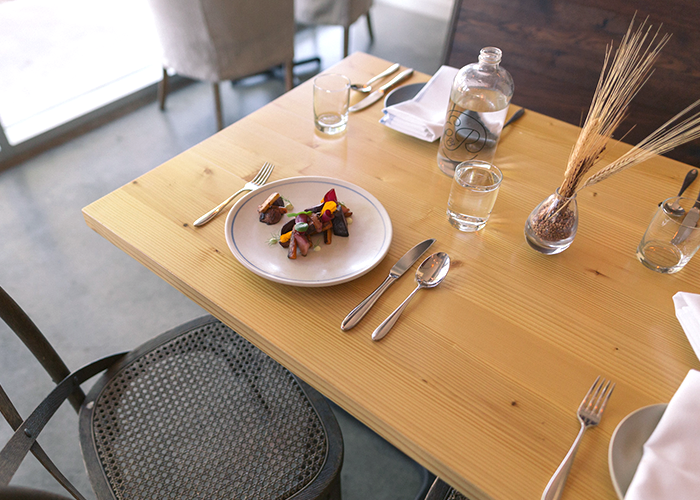 Have you ever noticed that the worst-with-money, most miserable people you know tend to be buyers of lottery tickets? C’mon lucky numbers 3, 10, 16, 22, 4, 50. (I’m sure there’s a smart-sounding statistic somewhere lodged in a research report by some well-meaning PhD student who had to get funding from the So-And-So Foundation to prove his or her point, but I digress.)

The correlation is common enough that I’ll assume you know what I mean.

Big dreamers tend to be the ones who never seem to be able to get their dreams off the ground.

People who view themselves as great lovers tend to be the ones left at the altars.

And the most educated people in the world tend to be the dumbest ones in the room. Not always, but way often.

“But Ms. Hwangbo, what on God’s green earth does this have to do with money?” you may be asking. It would be a fair question.

After all, you are reading this article because you’re pissed that someone maybe raining on your grand financial plans, right? I applaud you for seeking the truth, despite this fact. It’s a great quality. In fact, valuing truth, no matter what, may be one of life’s most useful qualities.

The big problem is this: We try too hard with our money.

We overcompensate for everything with money. We can’t stand that we’re insecure about ourselves. We feel like we can never do as well as the latest it-person on Instagram, which leads us to make a series of small financial mistakes that snowball over time.

Back in your parents’ day, the people to beat were on TV instead of on social media, or they were your next door neighbors, the Joneses. The underlying problem was the same. The negative comparison bias caused people to take out mortgages they couldn’t afford, play in the stock market when they couldn’t take the losses, and run up their credit cards.

Instead of just being okay with feeling inferior, we do all the wrong things with our money in order to convince ourselves that we’re better than okay. And when our insecurity comes calling again — which it always does — we do whatever we’re doing that’s taking us the wrong direction, and do it more.

In the case of people who buy lottery tickets every week, instead of changing how they think about money and using it in more productive ways, they buy more tickets. Every purchase feels like a last-ditch effort, which fuels more last-ditch financial efforts, because by definition, last-ditch efforts rarely work. This inevitably creates a financially desperate situation, and kaboom. It’s sad. Lots of lives go up in smoke this way. Not by buying lottery tickets per se, but by taking on more student loans, leasing expensive cars, and buying big houses.

Maybe this is starting to sound a bit too existential. Isn’t life, though? Since we developed this newer part of our brain, we can overthink ourselves right out of relevance, which may be why our average brain size is now shrinking, but again, I digress.

You Don’t Want The Right Thing

is pretty hot right now. The coolest people you know are subscribing to a financially minimalist lifestyle, which I would applaud, if it weren’t another form of trying too hard.

Minimalism unfortunately feels like a way of fitting in. Another mantra to live up to.

People say they want a financially successful life, but what they really mean is that they want the pleasure and ease of having it, without the pain of creating it. It’s the most common goal ever.

Their highest value when it comes to money is, therefore, pleasure. Pleasure, unfortunately for everyone pursuing money for this reason, is a pretty low-quality human value. Even if you attain it, your happy feelings come and go, and never really accumulate.

Apes and cats value pleasure, too. Pursuing pleasure rarely makes human beings happy. You can try to use your money to become a happy person this way, but it probably won’t work. You have this newer part of your brain, as I mentioned before, that needs something deeper to be satisfied.

Fear is the killer of all pleasure, so in order to reach and sustain as much pleasure from money as possible, you have to do dick moves like not paying the doorman a tip, or demanding that the world give you everything for free, even though it really chaps your hide that you yourself don’t make enough money from other people to make a decent living.

Welcome to the millennial economic paradigm, where it sucks for everyone just a little bit more. Remember that old saying? Nothing in life is free? Well, you’re in denial of it. It’s what you’re not willing to pay for that makes wealth elusive to you. Either with time (sustained, difficult effort) or with more money (what some call “investment”). Bad long-term plan.

You want the life of the rich before becoming the kind of person who becomes rich. By rich, I also mean being compassionate and hard-working, commensurate with the dollars earned.

Nope, the real problem isn’t your lack of money. Your problem is that you’re in the market for a hack. You want the outcome of financial success without the process. You want the yacht, the Ferrari, the fabulous Instagram life, but say no-thank-you to the work and the boring minute stuff. You’ve got a poor person’s mindset.

Pleasure is never long-lasting, and pain is inevitable, so if you think about it that way, you’re sort of screwed. You want the wrong things out of your money. You want it to relieve your pain, instead of providing the means to some other value.

The Only Way To Become Rich And Happy

You have to figure out what you value more highly than seeking pleasure and ease when it comes to your money. You have to value something better. What might that be?

Ever get the feeling when you read stories about mega-successful and financially wealthy people that:

a) They never did anything for the money, and

b) They would have done whatever they did that made them successful anyway, even if they had never seen the kind of success they did?

The difference between them and people with a poor person’s mindset is exactly that. Successful people value the process and the work itself over the outcome, the party, the accolades, and the money. In some way, they value the pain. It’s a better pain to build a business out of their art than, say, the pain one gets from passing a kidney stone. The pain from doing their work and failing over and over again is meaningful pain, and always worth going through.

They don’t try to avoid discomfort and uncertainty because, frankly, avoiding these things is not what makes a great, wealthy life.

There are things in your own life, whether you’ve identified them or not, that are worth the pain, that you’d be willing to go through a ton of suffering for, and still come out the other side with a vaguely goofy smile on your face. If you don’t know what these things are, hoping that money will solve your “purpose” problem is pretty darned unlikely to succeed.

Value What You’re Willing To Do For The Money, Not The Money Itself

Let me repeat that. If you’re not sure of what you like about money other than pleasure and avoidance of pain, look at what you’re willing to do for the money — as in, the work itself. That is what you really value.

If the work you’re willing to do is sleep around until you nail a wealthy spouse, you’re in the world’s oldest profession.

If you’re willing to study to get multiple school degrees for the money, you’re a professional student or scholar. You value ideas over execution.

If you’re willing to withstand failure and humiliation over and over again while trying to create a product or service, you’re an entrepreneur.

If you’re willing to practice your instrument every day for hours on end and face the possibility of rejection during a performance, you’re a musician.

You are what you’re willing to do for your money. The money will never change that.

Now don’t get me wrong: Not all values are equal. Some values are healthier for reinforcing self-worth and confidence than others, and are therefore better values. Your job is to pick the ones that reinforce the quality of life you’re trying to build, and pick them well. But please, stop going around thinking that what you want is the money. You’ll only attract people whose highest value is to take it from you.

Sit down with a pen and piece of paper tonight, and think about what you might be willing to take some major pain for. It doesn’t have to be what you do for a living, or even anything you believe you do well yet. It doesn’t even have to be one thing. It could be multiple things.

Ask yourself what you do already or have done in the past that you’re pretty sure no amount of suffering could keep you from doing if you gave yourself permission. Improvement in doing would be enough to keep doing it.

Keep the money “what-ifs” out of your mental equation. Baby steps. If you’re hopeful that money will be the solution to all of your problems, you’re already screwed. You’re misguided about what your actual problems are.

It all comes down to you. What do you value? What are you willing to practice?

This blog is dedicated to one of my favorite writers, Mark Manson, author of The Subtle Art of Not Giving a F*ck

. He kinda says everything I say, but better.

Jane Hwangbo is a former investment analyst and portfolio manager who founded Mission Over Money, a personal coaching program designed to change the way individuals see and interact with money. Visit her website or find her on Twitter.