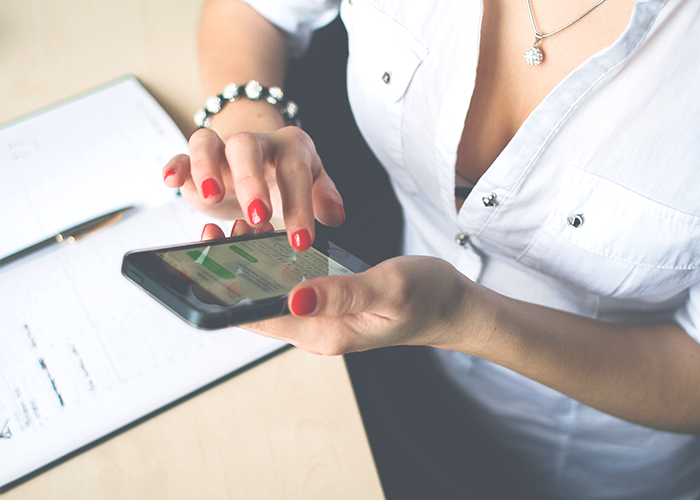 I just bounced back from a pretty serious breakup. My ex lost nearly $100 of my money, and when I confronted them about it, they couldn’t give me a straight answer. I started to go on a Rihanna-inspired mission to get it back, but by the end of the week, I decided to cut ties and move on.

No, I didn’t dump an actual boyfriend; I made the decision to leave my online bank. I have to be honest — we had a good thing going. I’d been banking with Ally for about a year before we split, and I didn’t have many complaints. Sure, handling cash was inconvenient, but online banks have brick-and-mortar banks beat in many areas. However, there was one thing that was the big deal breaker.

How I Found “The One”

Ever since I got my first bank account when I was sixteen, my checking account was linked to my parents’ Regions Bank account. Even though I had a part-time job, my parents still lent me money from time to time; it made sense for my account to be connected to theirs. By the time I was approaching my senior year of college, I was financially independent and had moved out of my parent’s house. It felt like it was finally time to get my own bank account.

I compared several banks and I was thoroughly underwhelmed. I didn’t particularly want to bank locally because I had this crazy idea that in a year I’d move across the country to obtain an MFA in poetry, and I didn’t want to go through the trouble of finding a new bank again (that hasn’t happened). But customer reviews for national banks ranged from “meh” to pissed.

Eventually, I noticed people talking up online banks. I couldn’t believe I’d overlooked them before; online banks had everything I wanted! Forgivable ATM fees, a high-interest rate for savings accounts, and awesome customer service. Once I’d broadened my search, I found Ally Bank.

I opened my Ally checking account in August of 2014, and I was pretty happy. They provided free checks and free debit cards. I could print off direct deposit forms for my two workplaces, and when I needed to withdraw cash, I could use any ATM without a care. Gotta love ATM fee reimbursements!

Depositing cash was a pain in the ass because, well, I couldn’t. Being cash-free was awesome until someone gave me money for some reason and I was stuck with this wad of bills in my small card case, just asking for someone to snatch it up. And my parents were always telling me to go for a “real” bank. But why would I? The traditional banks came with ridiculous charges and fees: $2 a month for a paper statement, $35 for an overdraft, and ATM fees that varied by the machine. I had to pay for any replacement debit card or checkbooks (which I needed to pay rent).

Online banks have unbelievable interest rates as well; my Ally savings account had an APY (annual percentage yield) of 1.00%. When I wanted to open a savings account at my old-school bank, I was offered an APY of 0.01%. Yeah.

Ally has no physical branches, save for two offices in Utah and Pennsylvania. Since they don’t need to pay for the costs of maintaining national branches and employees across the country, Ally doesn’t need to milk its customers for money. My overdraft fees cost me only $9.00! Opening new accounts didn’t require a big initial deposit, and since the bank is operated entirely online, you could contact Ally’s excellent customer service reps online at any time. As a broke college student, everything looked great.

I’m a pretty easygoing, forgiving person–unless you jeopardize my money. BBHMM is one of my anthems. So when a fraudulent charge of $91.00 appeared on my online checking account, I wanted the issue resolved immediately. Apparently, someone had made a $91 purchase at a bougie supermarket I’ve never shopped at before in my life.

My account was charged at around 12 PM, while I was working at my job in a different city. I called customer service as soon as I saw the charge on my account and expected to have everything fixed within the next 24 hours. I’d dealt with fraudulent charges with my old bank. Back then, all I had to do was walk into my bank and speak with a teller. I’d explain that my checking account had been compromised, the charge would be taken off, and after no more than half an hour I’d be on my way home. That’s not how things worked at Ally.

According to my online bank’s customer service rep, they would have to let the transaction process…which would cause my account to overdraft since my automatic bill pay was also pending. After waiting one to two business days for the fraudulent charge to process, I’d have to wait seven to ten days to receive paperwork. After completing the forms — which would only be able to contest the charge, not erase it — I would have to mail them back to Ally. And wait for the bank to receive them. And wait again for a decision.

In the meantime, while my bank account is compromised and open to further charges, I would have to wait around two weeks to have the issue resolved. Am I impatient for wanting everything resolved within a day or two? Well, I’m already kind of an impatient person. When my finances are at risk, I get a lot worse.

Picking up the Pieces

The next 48 hours were busy. I quickly decided to withdraw my funds and close my account, and just like my parents had predicted (and much to my dismay), I was back at my old-school bank. I had to re-enroll in direct deposit at work and deal with paper checks for a few weeks. Readjusting to restrictive hours of business and less-than-stellar customer service lines was less than fun.

However, I was able to reduce the annoying fees the second time around by opting out of paper statements and refusing to sign up for overdraft protection, which was the source of the $35 fee. I’d take the tinge of embarrassment when my card was declined over living in the red, thank you. Would I give online banking a second chance? Maybe, after the wounds have healed. I love the idea of lower fees and higher APY, but as for now, I’m still burned. Go ahead and call me a spiteful ex; in this case, you wouldn’t be wrong.