How Choosing To Live Smaller Ended Up Costing Me More 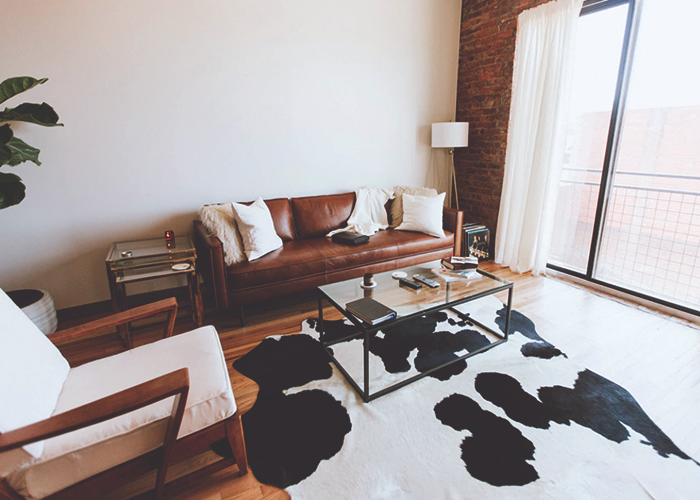 Living in the Bay Area, the influx of techies and college students have hiked up rent prices to astronomical rates. As a community college student, I do have the luxury of being able to work and go to school simultaneously. I had recently ended a summer-long sublease and was pressed for time (and money) to find a new place quickly. Utilizing the many housing Facebook groups, I managed to find a room in a three-bedroom, two-bath apartment in a relatively good part of town. It boasted a gym, roof, washer/dryer in unit, plus it was right on the bus line.

After negotiating with my potential roommate about who got which room and what we would pay, I thought I had it made! Huge kitchen, my own space, and people to come home to every night. But this wasn’t the case when I moved in. I came to realize choosing the smallest room came at a price: it had no windows. While I believed I would be saving money, I ended up spending even more.

Upon moving in, I was expected to pay $1,075 a month, not including utilities. The space ended up being an 8-by-9 foot room with no windows and terrible lighting. I wasn’t able to see the apartment before moving in given my work schedule, so a quick glance at the floor plan was all I could make do with. After the first month, I felt trapped and even depressed (more on that later). I thought of turning it into a double to drive the cost down, but given the limited space, there was no way that two people could fit. I ended up spending extra money on lighting fixtures and decor just to make the space less drab. But overall, no one should pay over $1,000 for a cave.

While the apartment was on the bus line, I have a scooter that allows me to jet around town. Considering how terrible my room was, I spent a lot of my time at my boyfriend’s house. The cost of gas, though cheap, increased from $8 of my monthly budget to almost $20. On top of that, my boyfriend (bless his heart) isn’t exactly a cook. Our sleepovers always came with the assumption of ordering in or dining out. This expense accounted for nearly double of what I had budgeted for the month. I attempted to meal prep and bring my own food, but I never packed enough. And let’s be honest — leftover broccoli doesn’t sound as good as a fresh meal.

The room I stayed in affected a lot of factors in my life, but the most important was my mental health. Not having windows meant I lived in darkness. I would miss work because the lack of natural light made me think it was earlier than it was. It made me look at myself in a distorted way. The size of the room caused me to feel claustrophobic. I always felt like I didn’t belong in this nice building, given the room I lived in. I tried to speak to my roommates about them paying a larger sum of rent given they are postgrads and had bigger rooms, but this was to no avail. I felt like a broke, crazy person. I spent a lot of my money on outside activities just as an excuse to not be home. The stress I went through made me justify purchases under the pretenses of “self-care,” when really they were covering up the real problem.

One of my roommates had to move out early, and I jumped on the opportunity to move into her room. The bigger size allowed me to make it a double and cut my rent to only $725 a month. The large windows help me wake up at a reasonable time to get ready for the day. I no longer feel confined to a dark and depressing space, and instead, I am proud of where I live.

As a piece of advice to all college students looking for cheap housing: Don’t skimp on features like a freaking window just to save a couple hundred dollars a month. Your home should be a place where you are comfortable and calm, not a source of anxiety. The money that I am now saving because I actually like spending time in my home is helping me build my emergency fund, and hopefully my master’s program one day.

Rosalyn studies English in the Bay Area and is still trying to figure out the whole “adult” thing. When she’s not working on her degree, you can find her on Twitter @rosesarahanson.