Why I Couldn't Be Happier To Have $0.43 In My Bank Account Right Now 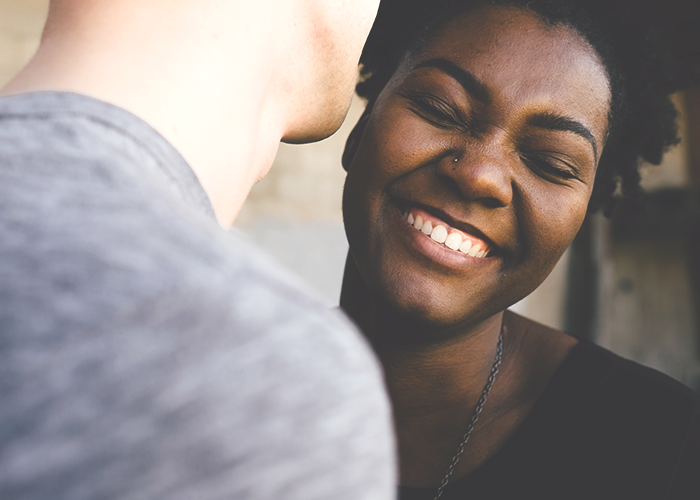 Yes. You read the title right. I have less than a dollar to my name, and boy am I pleased. I feel like I’m on top of the world. I, Jo, am the ultimate money saver. I may work for a bank and handle six- and seven-figure accounts, but not a single one of those customers is on my level.
Do I sound crazy?
I guess I probably do. I mean, what’s so great about having less than a dollar? That won’t even buy me a black coffee (ew), let alone anything useful. And God help me if I have an emergency, because, quite frankly, I’d be fucked.
But I don’t care, because I have 43 cents in my checking account, and to me that is the most incredible thing that I have achieved this year.
The Not-So-Ancient History
Let me back up.
Two years ago, I was 18 years old and moving into my EVER first apartment with my older brother John, who, to this day, is still the least problematic roommate I have ever had (putting it lightly). We were splitting rent on a $1,200 a month downtown two-bedroom, and I had just started working at my first ever office job. I felt like Leonardo DiCaprio halfway through Wolf of Wall Street (you know, when he’s all rich and happy and not having a meltdown).

Our first few months went by without a hitch. I paid rent and bills on time. He nagged me about them anyways. I enjoyed my newfound freedom and hit up the local malls on the weekends without guilt, and when fall came around, I bought not one, not two, but three candles from Bath and Body Works, and basked in the scent of pumpkin and roasted marshmallow like Cleopatra probably basked under the Egyptian sun.
You know that saying, “calm before the storm.” Yeah.
In my endless naïveté, I allowed my then-boyfriend to stay with me for a few weeks after he got fired from his job for harassment. (Yeah, I know, maybe I should’ve seen that situation as a red-flag. I didn’t.) It’s not like he even needed a place to stay; he lived rent-free with his parents. I just wanted to be available for emotional support during this trying time.
Unfortunately, my brother was not pleased with my long-term guest. Two weeks later, said boyfriend was still there, and my brother dropped the bomb: He would no longer be paying half of the rent. Since I saw fit to allow someone else to live there, we were now going to divide it three ways. He had only paid $400, and rent was due the next day.
Suffice it to say that the unemployed boyfriend didn’t have the money to pay rent. Neither did I, but I paid the $800 anyways. I overdrew my account by several hundred dollars that day.
That was the beginning of the end.
For the last two years, I have been caught in a cycle of financial instability. Every time things have started looking positive (get it?), something would go wrong. For the last two years, I have been living in a sit-com. With dramatic breakups, live-in exes, middle-of-the-night roommate abandonments, surprise maid-of-honor monetary obligations, and without-warning job loss, my life has been financial hell.
My account was consistently $500 overdrawn nearly the entirety of those two years. Every time I got a paycheck, I would immediately spend it on “necessities.” On top of that, I had racked up $2,500 in student debt and $1,000 in credit card debt. Not to mention having borrowed $500 from my parents on my mother’s birthday (which happened to be the day I got fired…guess which one I forgot when I called her).
It even got to the point that I had to sell my $300 piano/keyboard that I’d been so proud of buying a couple years prior.
But then, something changed.
The Turning Point
One day, about two months ago, I did something I had not done in a long time, possibly ever: I sat down and read my bank statement.
I didn’t just scroll through my transactions on my credit union’s freshly revamped app, which had been the entirety of my financial health actions for the previous years. I downloaded the most recent pdf in a long string of ignored emails, and forced myself to read it. Front to back.

What I found was…sobering.
Not only was most of my money going to everything but essential purchases (I spent hundreds at book stores and Target and Starbucks every month), but also I had lost over $3,000 to overdraft fees.
Let me say that again, in case you were skimming just now.
Three. Thousand. Dollars.
And it hadn’t gone to my student debt. It hadn’t gone to my parents. It hadn’t gone to the groceries I’d been unable to buy for two months. It was simply gone. Swallowed up by a banking system I should’ve understood better. I work at a bank! I know that shit inside out, and here I was squandering every precious penny I’d earned.
So I stopped. It was that simple.
I left my debit card at home. Every day.
Today, I have 43 cents in my bank account. This morning I paid my utilities, and I currently have $500 in cash in my wallet that I’m about to hand to my dad to pay him back for all of the help he’s given me. And after all that, I still have 43 cents.
In less than a month, I have moved $1,000 dollars closer to full financial freedom than I have been for two years.
So, after all that, is it so crazy to be excited about less than a dollar? You tell me.
JoAnn is a 20-year-old living in Salt Lake City, Utah. Her favorite thing to do is sleep, but if you’re interviewing her she’ll probably say that she loves reading more than anything (which is almost true). Some day she plans to (not) retire running a 24-hour book store in Newport, OR, which she would argue is the best town on earth.