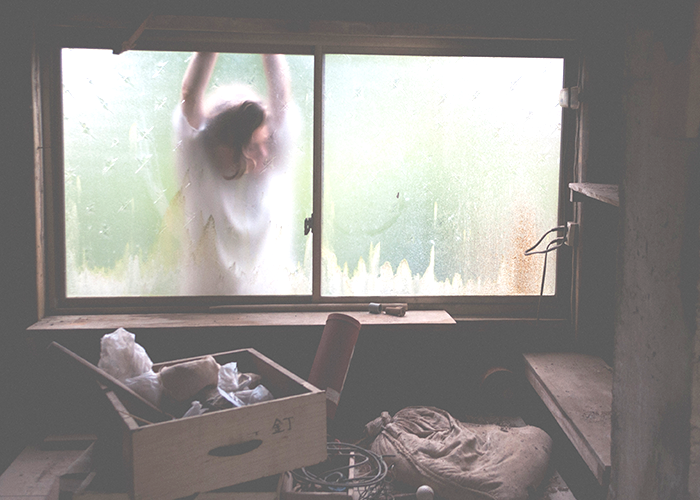 Success. We read about it. Speak about it. Spend sleepless nights working towards it. And when it finally makes its way to us, we celebrate it. But while striving to achieve it, there’s this awkward financial period that many of us go through where, like a belt around your waist after thanksgiving dinner, the ends just won’t meet. In other words: often, if you’re hustling for success, you’re broke.

It’s easy talking about being broke when you’re still a college student who attends every event that promises free food; all your friends are in the same boat. But there’s a certain stage in life where being broke is no longer the norm. It’s that age where the check-ins to various destinations around the world from your friends on social media start becoming popular. Where attending social events becomes a drag, because not only is your gas tank on life support, but you dread bumping into a peer, an ex-high school classmate, or even worse an ex-college friend’s younger sibling (who is like 100 years your junior) and having to listen to them brag about they just sealed a deal worth millions a few days ago.

The interesting thing about feeling “left behind” by your more financially stable peers is how, when you’re feeling broke, you’ll do a scan check into your past to see if you’ve missed anything. I mean, you went to school — check. Graduated from college with a good enough GPA — check. Got a job — check. Have more or less above-average financial smarts — check. So where did you drop the ball? Did you perhaps peak too early? Did you reach a premature climax in earliest twenties?

Well, if it brings you any comfort, my dear friend, you are not alone in these thoughts. And you’re also not the first to the “I’m twenty-five, college-educated, and broke” party. The good part is that this period doesn’t have to last forever. And yes, believing in that light at the end of the long, dark, claustrophobic tunnel is darn difficult. I know from personal experience. Here are few tips to keep your head up while you hustle your way out.

1. Don’t indulge in self-pity or be a hater.

It is so easy to blame the forces of the universe for being against us but for other (ahem, undeservingly?) lucky people. This perception can lead to two things: 1) Feeling sorry for ourselves and 2) Feeling helpless. Or it can lead to being resentful towards others for their seemingly-unfair success. Many of us are guilty of this from time to time. From the whine sessions we silently have in our heads about how unfair life is to us, to the subtle shade we throw at someone who broadcasts their achievements. Humans are emotional creatures. So it’s okay to have these emotions from time to time, but…

The danger is in the indulgence.

The indulgence I’m referring to isn’t the extreme case of that one person we all know who thrives on being pitied. The indulgence is that calm acceptance that this is the plate that life has dished out for you; the acceptance that you’ll never have better than this. When we listen to those voices, they make us believe that super financially-successful people have super-powers, that you and I just don’t have what it takes, and never will have it. So, we just have to deal with it. And we resent those super-powered people because Why them and not the rest of us, right? This indulgence leads to an inferiority complex, in which we start to feel inferior due to discouragement. In his book titled “Inferiority Complex” (yes, someone wrote a whole book about it), Lanre Ajiboye describes these feelings as a negation of the principle of positive thinking and the attitude of faith. In other words, instead of the sad and gloomy Moaning Myrtle, you become more like Squidward (from the Oscar-deserving series SpongeBob SquarePants): Pessimistic. Cynical. And a tad bit bitter.

In his book “The 7 Habits of Highly Effective People,” Stephen Covey refers to “digging in deep” as self-awareness: the conscious knowledge of one’s own character, feelings, motives, and desires. According to Covey, self-awareness allows us to acknowledge how we are not our feelings, our moods, or even our thoughts. Self-awareness enables us to stand apart and examine even the way we see ourselves: our Self-Paradigm, the most fundamental paradigm of effectiveness. In this materialistic “success-driven” world we live in, being broke, especially for extended periods, can really mess with your self-image. Being self-aware gives us the freedom to separate who we are from the circumstances we face. This gives us the ability to be proactive rather than reactive.

Proactive people do not allow their lives’ outcomes to be solely determined by external conditions, as reactive people would. Rather, self-aware people separate the external conditions from themselves and focus their energies on the things they can control: their Circle of Influence. The nature of their energy is positive and it keeps enlarging and magnifying itself, causing their Circle of Influence to expand. Once the circle of what they can control expands big enough, their wins build on wins and propel them forward with more and more ease.

3. Invest and cash in on your strengths.

Identifying your Circle of Influence means working from your strengths. Sure, you’re broke because of valid circumstances that are beyond your control; that doesn’t stop you from using the skill set you got from your degree to set up a business where you can market those skills to small companies that may need them (because they can’t afford exorbitant rates offered by big players in that field). Neither does your financial insecurity stop you from networking, learning something new from free online courses, reading to empower yourself, or doing anything else to gain skills that will make you more competitive in your career.

Nobody can deny how aggressive the job and business market is right now. It truly is a dog-eat-dog world. Using the opportunity of being indoors (because you’re too broke to go out) to empower yourself so you can monetize your skills  in the near future is never a bad idea. Do not be discouraged by how long it might take you to learn a new skill, or take certain strides in empowering yourself. Time will pass anyway, so why not pass it by investing in prospects of becoming financially stable instead of accepting that you’re broke?

4. Use the lightness of being broke to innovate.

In his book “The Power of Broke,” Shark Tank investor Daymond John writes about how empty pockets can become your greatest competitive advantage. He states that when you are down to your last dime, that’s when you’ve got no choice but to succeed. “You’re out of options, so you double down, dig deep, and switch into that relentless turbo mode we’ve all got kicking around in our machinery. And that’s where the real magic happens.”

In line with the famous phrase “necessity is the mother of invention,” John asserts that innovation happens from the bottom up, not from the top down. By this, he means that the most innovative creations come from people who had been down and out by most people’s standards. But, since they had nothing to lose, they kept plugging away at their passions and working for what they believed in. Finally, one day, their efforts turned into revolutionary inventions like Thomas Edison’s light bulb. Steve Jobs (although he wasn’t completely broke) said something that attests to this trend. In his Stanford address, he said that being fired from Apple, the company he co-founded, was the best thing that could have ever happened to him. In his words: “The heaviness of being successful was replaced by the lightness of being a beginner again, less sure about everything. It freed me to enter into one of the most creative periods of my life.”

I will say it again: you will not be broke forever. And since this is a moment of your life that you will never get to relive, you might as well embrace it. By this I mean: keep a record of all the really embarrassing or awkward events that all come with this broke, sometimes bitter season of your life. These can include things like taking crazy selfies of yourself: pushing a car due to empty gas tanks; having shopping sprees in ninety-nine cent stores; Instagramming about how your pantry is colorfully stacked with only ramen noodles. These will serve as a somewhat-funny reminder of our tenacity and grit, once you’ve dug yourself out of that financial pit. Finding humor during difficult moments helps you see things in perspective. The bad moments by no means spell the end of the world. Additionally, the lightness of being in a strapped-but-creative stage also gives you the freedom to enjoy every single bit of your young and precious life. The good, the bad, and of course, the broke.