Dear Alma Mater: No, I Am Not Giving You More Money, Go To Hell 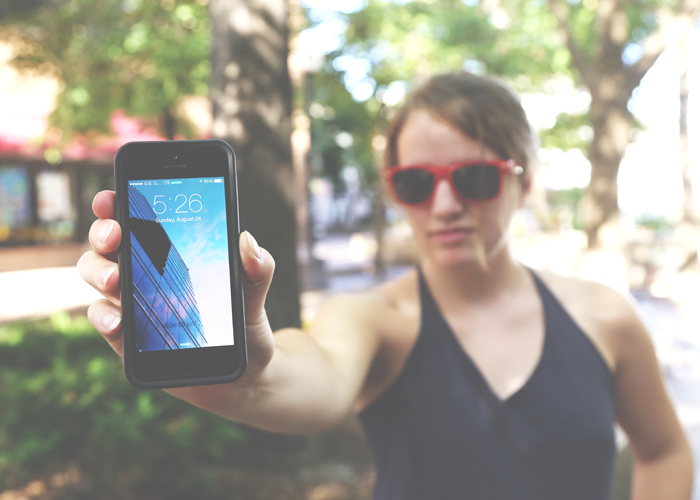 To my quaint little liberal arts college that keeps asking me for money,

I expected better from you. I’ve gotten four calls from you in the last two weeks, and I’m sorry, but I have to formally request that you stop calling me. This shouldn’t have to feel like a bad break up, and yet your persistent phone calls are becoming more relentless than mine were to my ex when I said I needed closure. (And trust me, that’s not a good vibe for anyone to be giving off.) On Sunday night, my phone rang yet again. It didn’t say who was calling, but I didn’t need any help identifying those ten digits. I knew it was your number. Your donation center is run by on-campus employees, and they call during “after dinner hours,” asking for any donation I’m willing to give. Some of the callers are friendly, and make conversation, and others are pushy and a little forward. But I am not trying to tirade against the callers who are paid minimum wage to ask me for money. In fact, when I was a senior at your college, I gave to our class fund because one of my roommates worked at the call center, and insisted I give.

But then, only a month after graduation, when I had already given my donation, I got a call. And it may as well have said: “Hi! I know you’re unemployed, and lost, but would you like to donate to The Best Four Years Of Your Life Fund?”

And, as politely as I could, I said that I’d already given a donation. Fast forward eight months, and I’d moved, and accepted an entry-level job, mainly for the purpose of desperately needing to join the realm of full-time employment. Was it my dream job? No. But I was testing the waters, working hard, and was signed on for a good benefits package, so it was (in my eyes) worth taking. My salary was covering my rent, bills, and food, and the rest was going toward building my savings and emergency fund back up, both of which had been depleted during my first post-grad move. And then, I got your call again. And again. Do you remember that obnoxiously catchy Lady Antebellum song, “Need You Now”? I swear, I hear that song in my head every time I see your number pop up on my phone, and I don’t think it’s a coincidence.

Enough with my fussing, though. Let me explain why I actually don’t want to give money to you. First, I want to acknowledge that you gave me money, when I needed it. I did not go to my top choice school. I got in, but was not allowed to even consider an institution that did not offer me financial aid, grants or scholarship. You were on my list because you were an institution with a great community, that might actually give me some money. And you came through for me. I’m not saying I wouldn’t have been happy going to a less expensive institution. In fact, I was seriously considering going to a state school that I really loved. But when you came through with scholarships, I was sold.

I got exactly half of my tuition covered through two different merit-based scholarships. However, with the annual tuition increase, while that money started as a half-ride, it didn’t end as a half-ride because scholarships don’t rise with inflation. Beyond that, my parents paid the rest of my tuition every year, and I am so extraordinarily lucky for that. But just because my family was able to pay for me to go to school, doesn’t mean they were able to do it comfortably. It was challenging, and put a huge strain on my parents. I’m so fortunate that they were willing and able to make sacrifices and guarantee that I graduated debt free, but it wasn’t easy to fork over all that cash to you every year. And while they were working hard, I was trying to put in effort as well. In order to keep my scholarships, I had to participate in a certain amount of extracurricular activities, fulfill a major service requirement, and keep a high GPA— and I did all of that while working 25 hours/week.Furthermore, my family has recently gone through some financial challenges, and it’s hard for me not to feel guilty about the money they paid for my tuition, when they could’ve saved that money to help themselves later on. So, you calling and asking for money on top of that hasn’t felt good.

Yes, you gave me a lot. SO much, in fact. But I gave back to you, and my family and I struggled to pay you a hell of a lot of money for four years. There is never a point where I won’t give back, in my own way. I will (occasionally) attend alumni events. I will respond to undergrads who reach out to me in the midst of the hellish job search, and I will help in any way I can. I will keep in touch with fellow classmates, and even a few professors. And if there was a way for me to give money directly to my scholarship programs, I would consider it, at a time when I could actually afford to. But as of now, there isn’t a way for me to give directly to those scholarship funds. My money would go toward building an athletic facility, in your pathetic attempt to yank our school out of D3 territory with an industrial crane.

And finally, I am two years out of college, and the fact that you are harassing me for money as I attempt to get on my feet, and become financially stable, is ridiculous. I didn’t have the finances to donate as a senior in college. And I didn’t have the money to donate when you bothered me again 18 months ago, or when you bothered me a year ago, six months ago, or during the calling frenzy that has ensued over these last few weeks. Do I have some disposable income? Yes. But it is a small amount, and I spend it rigidly. Often I even put it straight into my savings, because depending on my spending and my overtime, it is a challenge to even meet my monthly savings goal. And even if that weren’t the case, I have to tell you, you wouldn’t be the first place I’d donate to. This month, I made my first sizable donation (okay, it was $50) since graduating from college, getting a job, and living on my own. And it was to a charity that is near and dear to my heart, not to the college we have already paid thousands and thousands and thousands of dollars to. Sorry, but that is the truth.

In closing, I’m going to be ignoring your calls from here on out. So, do us all a favor and stop calling.

All the best, and thanks in advance for your understanding,

Erin is a PR professional who hates the snow, but lives in Chicago.