Don’t Be A 20-Something Idiot 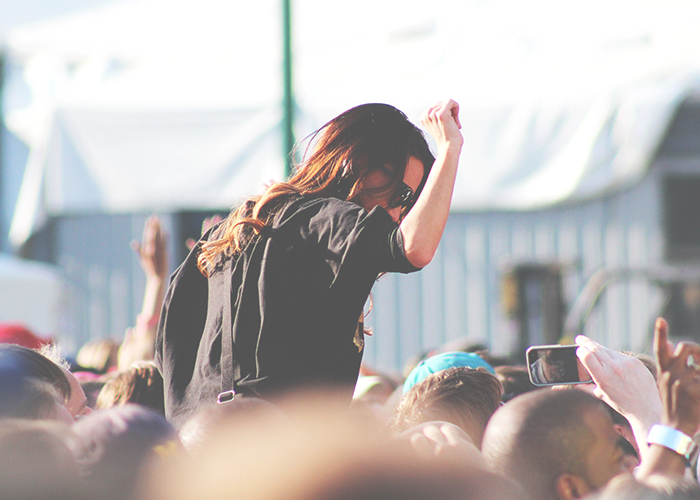 On my blog Broke Millennial, I’ve been eerily quiet over the last few months, for reasons that will be explained in a later post, but a recent disturbance in the personal finance universe startled me out of my hiatus. In a post appearing on Elite Daily about the utter worthlessness of saving as a young person, I saw this line:

The now-viral post starts with such a simple, potentially innocent statement, a statement that could’ve led into an explanation for how the writer is struggling to make ends meet, but pursuing her dream of being a [enter your millennial cliché here], or perhaps a more personal finance-friendly tale about not saving because she’s so aggressive with debt repayment (still a bad idea).

Alas, neither of these theories played out in the subsequent 856 words of the post. My fellow millennial spewed on about her justifications for why only reclusive squares have savings accounts in their twenties — her article boldly claimed, “If You Have Savings In Your 20s, You’re Doing Something Wrong.” As a fellow writer, I can only hope she’s paid based on clicks, and that her sensationalist headline is an effort to secure a hefty paycheck. However, after reading through this article more than once, it’s likely my peer truly believes we 20-somethings should fritter away our salaries on #YOLO moments and indulge in all the hedonistic pleasure our salaries can cover. Maybe even dip into a bit of credit card debt on the way? Obviously, your thirties are for getting your sh*t together. Right?! Wrong.

Before I muse a bit on the article, it’s important you know a little more about me. (Even long-time readers of my blog won’t know a lot of this story.) The moniker Broke Millennial has never accurately described me. Instead, I picked it as a nom de plume (I originally wrote anonymously) that I believed appealed to, and often described, my generation. I fell in love with saving money at an early age. In fact, I’m pretty sure it’s coded into my DNA. I stuffed cash into candy tins and hid bills in my closet. Eventually, I upgraded to an actual bank account, and I was scribbling money goals into my notebook by fourth grade. Embarrassingly, I wanted to have $16,000 saved up to buy a red Mitsubishi Eclipse by the time I turned 16 and got my driver’s license.

My money-making capabilities took a small detour when we moved overseas, and I could no longer work on the books. Summers were spent traveling around America on home leave visiting friends and family (tough life, I know). Without a work visa, my younger sister and I created some entrepreneurial endeavors, such as an obviously unlicensed pet-sitting business and a babysitter’s club. We had some stiff competition from legitimate hired help (nannies and maids), which many families in our expat community used. During that time, we both got a taste for building a business and making money. Fast-forward to college, and I had elected to go to school on scholarship so I could come out debt-free. This made me determined to build up a nest egg during school, so I could pursue my dream of moving to New York City without having to ask my parents for money.

So, I got a job as a resident assistant (yup, I was that person). And during this time of my life, I had very few expenses. I paid for insurance, my cell phone, and all other costs associated with a car. Otherwise, my money was used mostly for road trips and going out with friends. I didn’t need the resident assistant money to make ends meet or pay for school, so I started squirreling it away for my “New York City” nest egg. I wanted to save $10,000 by the time I graduated, so I could move to the Big Apple with some breathing room. I surpassed my goal.

Just like Ms. Martin, I, too, moved to New York after college graduation. I also still live here (four and a half years later), and I have spent my twenties exploring what the city has to offer. Unlike Ms. Martin, I do not remotely feel that living in New York City (or any place else) during your twenties requires you to mAkE iT rAiN, and scoff at the idea of saving.

To me, the most offensive line in the whole post linked above reads, “You can’t make a mark on the world if you’re too cheap to live in it.” Not to be melodramatic, but history isn’t made by those out bar-hopping in New York City ordering rounds of drinks, drunkenly hailing an Uber and screaming YOLO when it’s 3x surge pricing. History is made by those willing to take a stand against the status quo — those trying to better the world around them. Those mindfully contributing to society. History is made by people like Malala Yousifazi, Mahatma Gandhi, Rosa Parks, Clara Barton, Martin Luther King, J.K. Rowling, Oprah Winfrey and Warren Buffet. Yes, women and men like Kim Kardashian and Jordan Belfort (the Wolf of Wall Street dude) temporarily imprint on society, and would undoubtedly nod and smile in agreement with Ms. Martin’s article. But that doesn’t mean they define us.

The landscape of modern consumption is changing, largely because of people Ms. Martin would undoubtedly deem cheap. Enterprising individuals who have begun to make their marks on the world, by creating wealth and being able to unplug from mainstream jobs, are able to live their lives on their own terms. And they inspire others to do the same. (But I’ll step down off my soapbox to specifically address each of Ms. Martin’s points, which you can read in-full in my original article here.)

However, there is one solid piece of advice in her article. Ms. Martin’s entire article is predicated on the advice from a friend who says, “Don’t save money. Make more money,” which is absolutely excellent advice. In fact, almost the entire personal finance blogging community is based on the notion of spending less and making more so you are able to build wealth quickly. Ms. Martin may not like to save, but she does seem to be equating spending more with making more. After all, she can’t truly think making more money means she won’t succumb to lifestyle inflation and continue spending her paycheck? Saving in your 30s? Psh, let your 40-year-old-self deal!!! That being said, it’s important to invest in yourself.

You should buy professional clothes to wear to a job interview. You should do happy hours with co-workers, go out to lunch with a mentor, and focus on not alienating yourself entirely from your company culture. But this should not be used as an excuse to sink into consumer debt and live in a state of arrested development, trusting your future-self to clean up the mess. After all, how long are you going to be okay squandering your most precious commodity in exchange for a paycheck? Saving is the only way to truly remove the golden handcuffs. Yes, you should be making more money and setting higher goals for yourself, but that doesn’t mean you should abandon the idea of a nest egg. The wider the gap between what you could have and what you do have, generally, the better off you’ll be. And pretending as though earning more will solve all your problems by itself only makes you an idiot. My fellow millennials, please, don’t be a 20-something idiot.