Don’t Be A Cool Girl 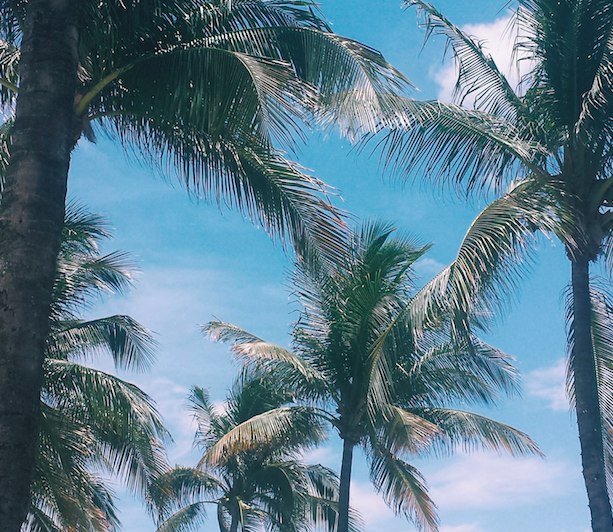 One of my biggest joys in any beach vacation is, aside from the fruity, pre-lunch-hour alcohol, my airport hoarding of fashion and women’s interest magazines. While 95 percent of my life may be spent avoiding the financial investment of glossy rags, as well as the impetus to buy things and feel down about myself that they inevitably bring, that glorious 5 percent on a plane and on the sand is all about lazily flipping through the pages of ELLE or Harper’s or Vogue, devouring longreads from posh divorcées and bikini tips from Reese Witherspoon. And this trip has been no exception, as I spent several hours on the beach this afternoon flipping through the pages of a few different magazines, silently noting the new miracle cure for adult acne and thoroughly enjoying a cover story about T Swizzle.

But a single line in one of them caught my eye, and hooked into me in a way the fizzy, enthusiastic writing of women’s magazines rarely does. Some designer or another — a 20-something whom Google verified as indeed stunning, rich, French, and thin — was crowned a Cool Girl, and we were all encouraged to buy her designs before she becomes (inevitably) so established that they’ll be out of even this upscale magazine’s readership’s price range. A cool girl. And even where I was, in a lush hotel in Miami (thanks, boyfriend’s hotel-and-airfaire-point-accruing job!), sitting on the sand and sipping gratis champagne, I suddenly felt profoundly uncool. The truth was, I’d been agonizing over the looming prospect of posting a ~bikini photo~, the flag atop the mountain of the few months I’ve been really watching what I eat and working on transforming my body

. I’ve not yet reached the finish line, and after reading that passage about the effortless Cool Girl and her tall, lithe body, I felt more discouraged than ever.

So I decided to plunge in headfirst, posting a photo I’d initially vetoed because it showed my little tummy creases and the pockets of fluff that develop on my upper arm when not in the skinny-arm pose. Perhaps it was silly, but at the moment, it felt to me like a conscious stab against the perfect Cool Girl I would not and could not be. I put the magazine down, determined to forget about it and her, and got back to enjoying my day at the beach (until my pale ass inevitably started to burn, which brought me back here to write).

The truth is, very few of us are Cool Girls. And though my world of writing — as glamorous as it may seem to some — is quite far from most of the real Cool Girls, I’ve met a few of them myself, and I can confirm that they give off an ethereal je ne sais quoi, managing to make a ripped tee shirt look intentional and chic, instead of just ratty and unkempt. Their social media presences are mysterious and vaguely sexy, and they never let you in on any of the less-flattering details behind their perfectly crafted personas. I can attest that, even meeting them in real life, you walk away with the impression that there is nothing negative or troublesome in their lives, and if there is, it will immediately be transformed into some powerful and interesting work of Art. They are what we would call “fashionable,” not just following trends but defining them, breaking the rules and making new ones in the process, and eventually being featured in magazines like the very one I was reading, where they are given a crown for the hard work of style-defining they’ve done, the crown of the Cool Girl (also sometimes referred to as It Girl).

And the desire to be like them, to emulate them and inch closer to their cutting-edge interesting-ness, drives us to spend and to slim. In attempting to reshape my body, I’ve had to question myself again and again if I am doing it because of health, or to look a certain way in a certain dress. In reducing my spending and purchasing more intentionally, I’ve had to resist the urge to buy the outfit or the end table that would suddenly make me so much more stylish and chic. I’ve had to ward off the burning, consuming need to contort my life into some imitation of Cool. We all do; that is what so many industries thrive off of entirely, and to slip out of that slimy Matrix pod and into something more healthy and sustainable can be nigh impossible.

But don’t be her. Allow my very brief experience with a very mild amount of internet fame be the conviction you need that it isn’t worth it. Even as a rising profile makes me more and more anxious about appearing a certain way, my interaction with the very people who do makes me even more afraid of slipping into the trap of seeming Cool. Don’t be Cool, because maintaining an air of avant-garde perfection on social media is a full-time job in itself, and even the prettiest photos can have the silliest backstories. Don’t be Cool, because living a life that is composed of glamour shots and perfectly-curated aesthetic leaves no room for being human. Being Cool is the Old World of style, where what is and isn’t acceptable was dictated to us from on high from behind a designer desk in some skyscraper in Midtown Manhattan. It has no place in a world where beauty can come from anywhere, where everyone can be part of the conversation, and a brace-faced teenager in rural Indiana can become the Next Big Thing.

We are no longer accepting these narrow terms of what is and isn’t chic, what is and isn’t a good body or the “right” way to dress. We have a chance to let go of these meaningless messages to consume more product and consume less food, to transform ourselves into something that will make us more interesting at cocktail parties but more unhappy in the long run. We deserve to have blemishes and frizzy hair and wardrobes full of last season’s trend pieces because they looked really, really good on us. We deserve to set our own terms for beauty and happiness, and to buy only what we love, and what works for our budgets, because chic — no matter what designer ads want to tell us — is not something that you can hang in your closet and put on when you go to a big, important event.

Be happy. Don’t worry about getting your name on a list, or your picture next to important people. Don’t worry about the labels on your bag or the up-to-dateness of your tastes. Don’t worry about putting forth an image of effortless Cool, because it’ll never be true. Realize that the joy of hitting a milestone in your savings account feels a thousand times better than the dress you were convinced would make you beautiful, and a big dinner with friends where you don’t worry about calories feels a thousand times better than perfectly-defined abs all the time. Cool is a myth, even if some people do a damn good job of faking it, and even if some glossy magazines insist on telling you that some girl across the world who designs statement jewelry is totally embodying it. That girl will never be you, and she’ll never be me, either.

So maybe we should just be ourselves.