I Don’t Know How To Have Money 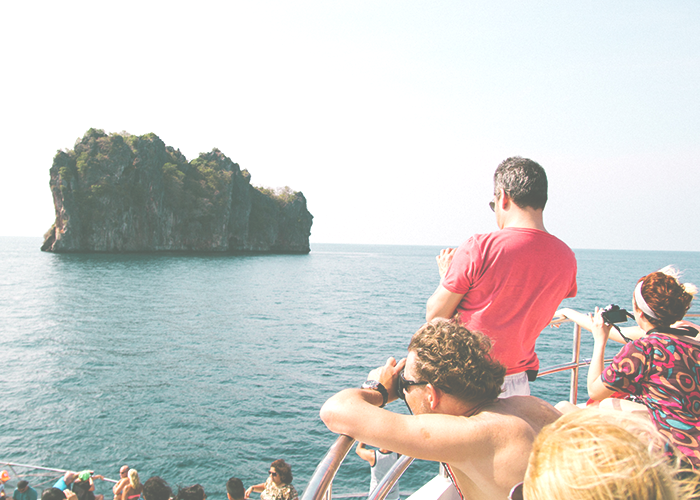 I’m waiting on a check. It’s not the biggest check I’ve ever gotten, but it’s big enough to elicit a lot of furtive planning and excitement in the weeks and months leading up to its deposit. After a year spent investing in a new business and watching it slowly grow, it feels like a well on a long desert walk. There have been a lot of sacrifices over the past year, and while I don’t want to martyr myself, I’m also definitely in the position of appreciating a sizable check the way a weary door-to-door salesman might appreciate a hot meal at the end of a long day. And it’s good to have this money to plan with, the way one obsessively reads a menu of a restaurant they’re excited about for days leading up to the dinner. But it’s also scary, because I don’t know how to have money, and never have.

For as long as I can remember, I’ve been simultaneously thrilled by and terrified of money. For much of my childhood, my family was very poor. I remember what it was like not having health insurance, not having new things, being vaguely aware of the insecurity money imposes when it’s not there, or not there in abundance. And my childhood was wonderful, don’t get me wrong. My parents always did an exceptional job of making the most of what we had — whatever it was at the time — and shielding me from the more immediate impacts of poverty. But it’s nearly impossible to prevent a poor kid from knowing they’re poor, of seeing the judgmental glances of the better-dressed kids at school, or to stave off questions about their questionable home address. A kid knows when there is something to hide, or be embarrassed about, financially.

And it can also take years for that to be shaken off. Even as my family became more and more firmly middle-class, I kept that shroud of financial insecurity like a dirty blanket, letting it infect and inform my every adolescent move. There was almost never a time — particularly in my WASP-y, wealthy teenage town — that I didn’t feel acutely aware of everything I didn’t have, instead of being grateful for all that I did. And this meant that, from the time I could get a summer job and earn my own pocket money (however negligible), I used it immediately and furtively to acquire the outward signs of wealth and coolness. I wasted money on brand-name clothes, on cups of coffee, on trips to DC to hang out and feel cool, on restaurant sushi my 19-year-old self had no business regularly indulging in. When you remember what not having disposable income was like, you will suck it up like a junkie through a straw, even if that means never letting a dime touch your savings.

Hence my defaulted teenage credit card. Hence my decimated credit score. Hence racking up year after year in my 20s with nearly nothing to show for it, savings-wise. And my lack of student loans often served as a further buffer to acknowledging my unhealthy relationship to extra money: “I don’t have these crazy loans like so many people, I’m already way ahead of the game!” And so it went, to the continued detriment of my stability and future.

And even when I paid my credit card debt, put a bit in savings, started rehabbing my credit score and making smart decisions, the fear of ever having enough money to get beyond “just paying bills” remained. When you’re paycheck-to-paycheck, the damage you can do to yourself is relatively limited. When you suddenly have some money to play around with, you run a not-insignificant risk of fucking it up. Extra money should mean opportunity — investment, savings, emergency funds, big purchases — but for me it feels, still, like a hot coal I have to pass off to someone before I burn myself with it.

When my check comes, I will give it to my partner to do the smartest possible things with, because I still don’t trust myself not to fritter it away. I still don’t trust myself not to be lured by the deeply sexy prospect of money to burn, and people to burn it in front of. I still feel, on some level, like that poor kid in thrift store clothes who only wants to wear the brand-name labels, and be seen in them by the cool kids in the cafeteria. I still feel the consuming, gnawing want of purely material approval. The American Dream, for me, still feels like $200 jeans and an elegant dinner out at a nice restaurant — even if I know it’s about building something greater, and longer, and ultimately more humble.

But I don’t know how to be good with money emotionally, even if I understand every detail intellectually. I feel safer passing this great responsibility and privilege to someone who is more patient and thoughtful, who will never feel the need to surround themselves with the meaningless trappings of new money, because they’ve never doubted that foundational kind of comfort. I want to be good with these things — I want to plan far ahead for myself, instead of depending on someone else to do it for me — but I am not at that place today.

And maybe that’s not inspirational, but it’s the truth.