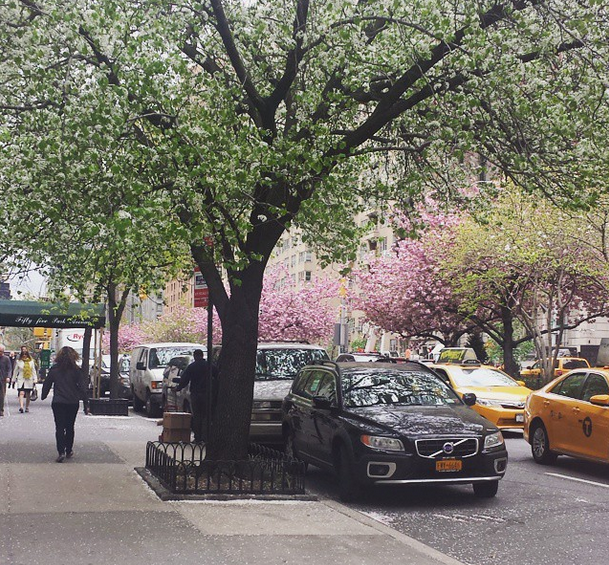 Among all the expressions that have infiltrated our culture to become common, universally-accepted wisdom, perhaps none is more dangerous than “Money can’t buy you happiness.” Shiny and positive on the outside, it’s the platitude that assures us that an increase in salary will not mean an increase in fulfillment or joy, because we should be focusing on the things that “really matter,” like family, friends, and personal enrichment. We imagine that our real happiness stems from the things that “money can’t buy,” and if anything, the job we must work to earn a living only serves to get in the way of the things we should really be caring about. But like with many sentiments and ideas around money, this phrase is one of those things created by people who have, to talk down to the people who have not.

Simply put, anyone who has ever experienced not having money knows that, without at least a steady baseline of financial security, additional happiness is not possible. When you are constantly worried about where your rent, food, and gas is going to come from, or whether the next minor repair on your car is going to put you into financial ruin, happiness is not an option. You are consumed by the overwhelming precarity of your life, constantly running a list of things in your head that could go wrong, because at any given moment you are one paycheck away from complete collapse. Not having a net beneath you turns an average day into a tightrope walk, where a simple broken bone or late arrival to work could mean everything falling apart.

My personal version of “broke” was the very coddled, suburban version of it, where, yes, I technically had two digits in my bank account at most times other than payday, but I always knew that, if all else failed, I could go back and crash on my parents’ couch. I didn’t have children to feed or a mortgage to pay, but I was living in a small, rented room with a mattress on the floor, going to check-cashing places to replace cars with even shittier cars because, in the short few years in which I was a driver, I managed to go through five different vehicles. (Only two of which I lost to crashes, one was burned down while I was sleeping, and two simply broke down.) I was irresponsible and bratty, cut off from my family because my own idiocy with money meant that anything they were to give to me would have been immediately squandered, or used to get myself into more trouble. I even managed to accrue a (very small, but still existent) amount of student debt at my community college, despite being well within my ability to pay for, because I was lazy, dumb, and wanted immediate gratification. For several years, I worked very hard at making myself a poor person, and very few days went by where I wasn’t consumed with the thought of what would happen if anything broke, because I knew I could not afford to replace or repair anything.

Yes, this “poverty” was of my own creation, and much, much more easily escapable than most. (To get myself out of it, after losing my last car, I spent several months taking a two hour-long bus ride both ways to a tiny warehouse in Virginia, where I did temp work, and on off days worked the morning shift at a coffee shop, followed by nannying. It was enough to get me back on my feet-ish, and get me to France to start my “real” life.) The experience of it all taught me enormously about what it means to not have (and to covet) money, and what it means to finally have it. My “happiness” was many things — independence, the ability to travel as I had always wanted, a new job, a new school — and all of them came when I had some money. In fact, the simple feeling of a good night’s sleep, not plagued by “what would happen if” scenarios was a huge joy in and of itself, afforded to me because I finally had a little bit of a financial cushion. My life was able to truly begin, on my own terms, because I had money.

And all I could think of were people I knew back home, people who had been helped and subsidized by their families all throughout their own personal irresponsibility and adventure, who constantly told me that money wouldn’t buy me happiness when I complained about my situation.

I will concede that there is a limit to how much money can buy you happiness, and we have even worked out the amount at which additional money won’t make you any more content (and it varies widely by state), but that is a very different phenomenon. When you already have all the bases covered, it’s true that simply adding more financial access to the pile is not going to transform your life for the better, nor will it replace the extremely important emotional role of the people and activities in your life which bring you genuine fulfillment. No one is arguing that another dollar is worth more than learning a new skill, falling in love, or spending time with your child. But if you don’t have this baseline, money won’t “buy” you happiness in the literal sense, but it will certainly open the door to happiness and allow you to walk in.

For many people, a bit of money — and we’re not even talking much here, just enough to cover monthly bills with a little left over to build a cushion — is the difference between constant anxiety and calm. It’s the difference between being stuck in a life that is running on fumes, unable to take even the tiniest risk because everything is hinging on a few dollars’ difference, and taking the leap into the life you want. It’s the cost of a plane ticket, or the first month’s deposit on a new place, or the few weeks between jobs. Often, the only thing standing between people and the very-attainable life they dream of is a little cash flow to keep things running while they get everything in place. And the ability to make those decisions, to have options and independence, is all in the knowledge that one wrong move won’t make your house of cards come down.

I have money now, in a relative sense. I was able to start my own business without too much worry, and if I have a month that is low on freelance work (because I’m focusing on the not-yet-super-lucrative business), it’s not the end of the world for me. I can travel, I can take risks, I can change my surroundings if I want. I don’t worry about the errant purchase of a cookie or a book on the way home (even if I know I shouldn’t do it often). I live a life that is not always overwhelmingly happy, but which gets to operate on its own terms, instead of constantly being dragged down by the thought of money I don’t have, and problems that could arise. I get to experience joy and sadness and worry and all of those things, but buoyed by a baseline of security, which allows all of these emotions to be powerful, but not the end of my world as I know it. In a sense, if I have not bought happiness, then I have at least bought confidence — an unexplainable, humming knowledge that everything is going to be okay. And no, that cannot replace love or the thrill of learning something new, and it will never be an guaranteed ticket to constant bliss. But even though they don’t want to admit it, because they’d like to pretend we’re all the same, ask anyone who has money how that confidence feels. If they’re being honest, they know they sure as hell don’t want to give it up.