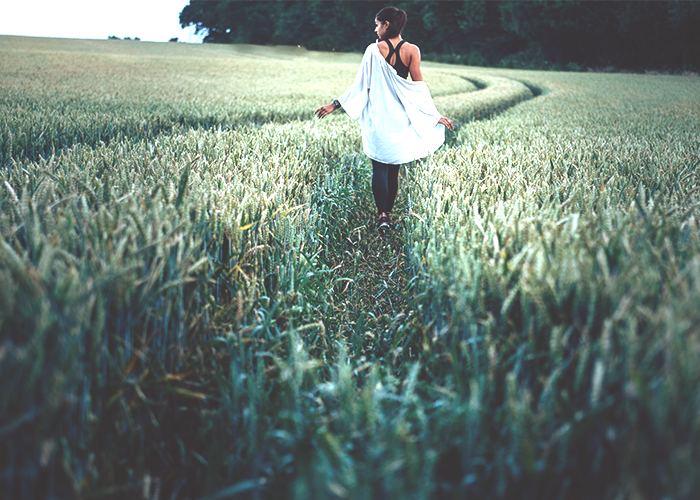 Almost everywhere you look in the blogging world, the main goal of writing a blog (besides helping readers get their s#!& together) is to make enough money to say adios to “working for the man” and hello to working for yourself. Which is great. I absolutely get it. And for a while, I thought that was what I should be chasing, too.  I mean, how great would it be to work for myself? To wake up and not have to put on actual clothes? To work out in the middle of the day when the gym isn’t absolutely packed? To focus on this passion for 8 hours a day instead of the 5-10 I’m able to squeeze in during the week? It kind of sounds like the perfect gig, except for this one little problem: I like my full-time job.

Yes, I said it: I like working for the man. I actually love working for the man. I 100% enjoy going to the office in the morning, having a boss, and being expected to be there from 8 to 5. I crave that routine. I crave the social aspect of being around people. I crave the challenges it continues to present to me day in and day out. In fact, I took a day off of work a few weeks ago to focus on my blog, and I remember thinking how glad I was that I would be back in the office the next day. Yes, that actually happened. No, my boss didn’t pay me to say that.

However, this love for your current job is not what I was hearing elsewhere. The billboards for bloggers scream “Save Money So You Can Work for Yourself” or “Save Money So You Can Retire Early” in bright neon, and since so many others were chasing that goal, it felt like I should be, too. But that path wasn’t (and isn’t) the right path for me, and it took a while for me to come to that realization. When I did, though, I felt absolute relief: I was finally taking control of my career path, which allowed me to focus on what I truly want from this blogging experience. And that made me realize something else in the process.

When I started blogging, I thought my financial path was the right financial path, hands down. I’d found success from it, and I figured if you followed my route, you’d find it, too. In my world, everyone would be taking their lunches to work, driving crappy cars, and still shopping at Forever 21 at the age of 27. But here’s the thing: In the three years since I wrote my first blog post, I’ve learned that success looks different from someone else’s viewpoint. Just because I define success one way doesn’t mean it’s the right way, just like the goal for my blog isn’t going to mirror the goal for someone else’s. Which brings me to my lesson of the day:

We need to stop judging others’ financial goals just because they don’t match ours.

I’m guilty of this, too. To some of us, success means early retirement, while for others, it’s packaged in the form of a nice home and nice cars. And you know what?  That’s okay. As long as you are covering your bases (like having an emergency fund, contributing to your retirement, or potentially funding your kids’ education), I couldn’t care less what you spend your money on. Because it’s your money.

I think we all, especially we personal finance nerds, get caught up analyzing others’ decisions based on our own goals simply because we want for them the security and happiness that we’ve found from being financially independent. That judgment doesn’t come from a bad place, but that doesn’t mean it’s right, either. If you want to spend all of your disposable income on dinners out or expensive clothes or extravagant trips, go for it. You are responsible for your life and how you lead it. And if that means you have to work until retirement age to live that life, well, that’s your decision. And that’s fine. Absolutely fine.

We tend to be a “judge-y” culture (don’t lie –- it’s true), but this is one aspect of life where it needs to end.  We each have our own individual money journey and financial goals, and we need to give ourselves permission to reach them however we see fit. As long as you are controlling your money (and not the other way around), go ahead and buy those shoes or the car or new iPhone and do it without guilt. Like Tom Haverford said, sometimes you just have to “treat yo self”…but only after you’ve taken care of the important stuff.