How Embracing "Contemplative Play" Completely Changed The Way I Work 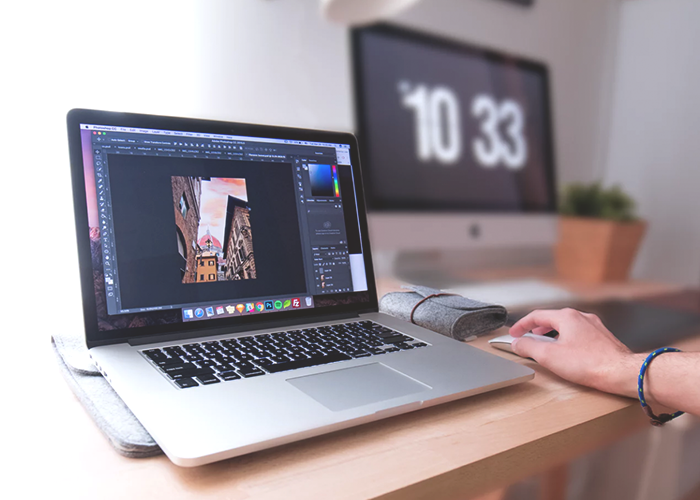 What games did you play when you were a child? Hide and seek (flirt)? Monopoly (money-maker)? Simon Says (industrial cog)?

I played none, or very few. And according to recent research studies regarding the importance of play and wellness, I’m lucky to not be a psychopath right now. I grew up in an immigrant family whose idea of essentials included:

You might be thinking, What more does one need? Apparently, a little more. At least if you want to traverse a path to long-term success as a non-psychopath.

Maybe it was how I was raised, but I usually consider myself too productive a person to invest in just any kind of fun. After all, I have real goals. I have a career. Kids. What kind of play suits someone like me?

Not traditional play, but constructive play. Wow, that sounds soooo not fun, you might think. And you’d be right — in the same way that meditation isn’t exactly a walk in the park.

Mindfulness training is hard work. Inner work. Intuition-building work. Creative work. You know, the kind of work where goal-driven people like us tend to go, “That’s hooey, is what it is.” When we’re under pressure, it feels like there’s no time for the mystical contemplative stuff. After all, we’re working very hard to not become lunch meat for theoretical hungry bears.

But what if working very hard isn’t the best answer? Without this specific kind of play (I’ll call it “contemplative play” for now), my brain stays stuck in survival mode, fight or flight. Not exactly conducive to finding brilliant new ways of solving a problem.

I remember sitting on a plane on my way to Italy with my college friends. We were going to play music at various concert halls and churches.

Someone asked, “Want to play a math game?” It was a simple game of quickly determining potential equations that would lead to a certain integer. Sounded fun, but I didn’t play. Why? Because there was no trophy with my name on it if I won (except for a vague sense of pride), and to be honest, I couldn’t be sure that I would win.

Even though I was only 19, I had already trained myself to turn my back on risk and joy. Nothing was worth doing for the sake of doing it. I needed a prize or a well-defined benefit or outcome. I didn’t try anything unless I knew I already had a competitive advantage, which meant I had stopped trying new things way before that day on the plane.

I hadn’t always been like this. When visiting my cousins, I used to stare lovingly at their Operations game. (Half the pieces were missing, but the red nose still lit up. It was a thrill.) My sister and I would hog that game along with Monopoly and Hungry, Hungry Hippos until it was time to leave. When we became too old to play those games, we pretty much stopped playing at all.

I was trained to write off play as an unproductive use of my time. I became a big fat bore. Sure, I couldn’t carry a joke, but more importantly, I became less and less genuinely productive through my adult life.

At first, I could keep up the ruse. My energy seemed high. I built a career around my analytical skills as a research analyst on Wall Street. I went on to manage portfolios, which required a different set of problem-solving skills.

But over time, fewer and fewer fresh ideas came to me. My courage for taking risks went downhill. By the time I was thirty, I was old inside, even though people would swear I looked twelve.

I was uninspired. Pretty dead at the core.

It was all very confusing, because on the surface I looked like the successful “type.” I had a pretty sick loft in Soho New York, an insane closet, a prestigious career, luxury vacations, and a sweet husband. But I was already stuck, and feeling it more by the year.

I tried changing my goals. Instead of a prestigious career, I made family my goal. It was my new job.

How do you feel when you hear the word, “job”? Yeah, anything but fun and joy.

I was approaching my family the same way I had approached my career. There were schools my kids had to get into, charities I needed to support, and houses I needed to maintain. Milestone after milestone.

Life still sucked, only now I was spreading the misery to my loved ones. I thought I was being a great mom. After all, I was teaching my kids how to have high standards and push through adversity. “10x performance” and all the other bullshit personal development gurus spew while quietly punting their parenting duties to their spouses and making their readers feel like shit about their priorities. That was me.

My kids became more insecure over the years. My marriage began to wilt.

It didn’t matter how many people cooed that I was a lucky bitch. How I had so many blessings, so many opportunities.

Since I was convinced that my happiness was always waiting for me in the next big project, the next milestone, I never felt lucky enough. Someone else was always doing it better, damn it.

A friend suggested I meditate. Ah, a new goal.

I started out with recordings by Tara Brach, a brilliant Buddhist-leaning psychologist and teacher of mindful attention. After meditating regularly for a few months, I fell off. I appreciated how it calmed my mind and quieted my hyper-critical thoughts for a little while. But there was a doing part that I actually needed and was missing in meditation. Not just to be busy, but to become mindful of my creative abilities again.

I wondered if there was a way I could learn how to play again, with the purpose of becoming calmer, less stressed, and more focused in the present moment.

A sort of contemplative play. Constructive play. Play with wide open spaces for the mind.

It was time to try something new.

I started doodling. Man, were the sketches ugly. But it was something new, and it was active. I accepted imperfection and kept going.

I doodled regularly, on napkins and in journals where I was supposed to write my goals for the day. I focused on letting my hand make squiggly lines. It could go left, or maybe right. Who knew? The simple freedom felt like a jolt.

After a while, my drawings still blew. They didn’t get better, but I didn’t care. Instead, I was looking to practice something that could relax my analytical mind long enough to welcome inspiration again. New ideas. Courage.

To expand on this newfound ritual of contemplative play, I started getting into my body. I spent my allotted time moving my different body parts and making some weird gestures with my hands. Nothing obscene, just meaningless stuff that helped me notice the present moment and experience it lightly.

I even tried singing, shower-style. Whatever song I picked, I belted it out with real feeling. One day, all of a sudden, I was humming a tune that I had grown up with from the Japanese anime classic, Robotech. The heroine, Minmei, would sing it on stage during the War. “Sometimes I dream with open eyes…” Cheesy? Sure, but it had been decades. I was surprised to find hot tears on my cheeks. I had missed fun for more than thirty years.

Contemplative games have become my private practice for mindfulness.

My emotional ability to work through uncertainty has gone up. When I face a work decision that may be stressful these days, I’m able to move forward with less suffering than before because I take regular, engaging breaks away from the problem.

I get fresh perspectives through my play and a gentle reminder that as huge as my problem may seem, very rarely will the world come to an end if I make a wrong decision.

At worst, I’ll have to start over, maybe for the better. My contemplative play sessions have made me more capable of taking small, regular leaps.

I’m having a great time.

Jane Hwangbo is the founder of Lucidpi.com. LucidPi is a mindfulness app that uses contemplative play practices to alleviate stress and increase calm in our daily lives. We’re currently in development, and will be releasing beta in the spring. You can sign up to take part in our journey here.