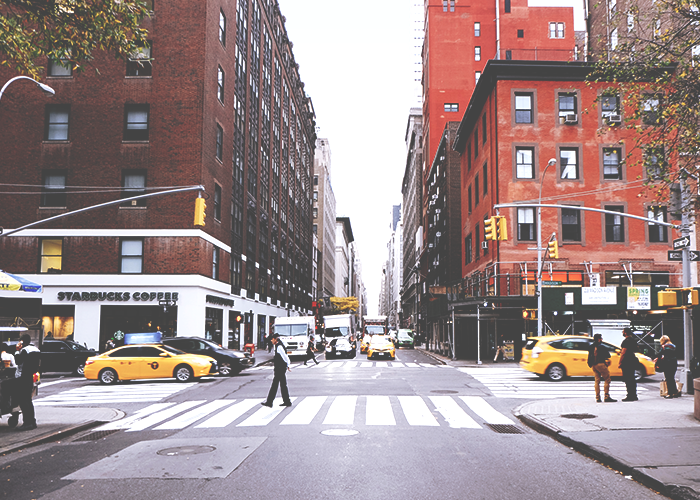 I hate the word “empowerment.” I always have, on some level, though I don’t recall it being so cloyingly ubiquitous even just a few years ago. Today, though, the word and the general concept of “empowerment” as it relates to women feels all but inescapable, and the more I move in the circles of branding, personal finance, digital media, and — most importantly — the general life of being a New Yorker with disposable income, the more that word is used in my own life. In the past two weeks, if I had to hazard a guess, I’ve probably heard it about a dozen times, relating from everything from my decision to cover up my adult acne with $50 foundation to the fact that I own a business. Most people who ask about TFD automatically suggest that the mission is empowerment, and I always have to stipulate: no, because empowerment isn’t real.

Or, well, it is real, but really only as a marketing tool. Because ultimately, “empowerment” as we’ve come to use and understand it means “making upper-middle-class professional women feel as though every decision they make is feminist and self-determined.” Everything from the razors we buy to the corner offices we command to the choice to drink two glasses of rosé with lunch is, when put through the prism of generalized “empowerment,” a positive and affirming decision that we make as women. We are “giving ourselves permission” to enjoy things, or ask for things, or buy things, because we’ve been so deeply deprived of that right, in the narrative of #empowerment.

The thing is, from where I’m sitting, the idea of encouraging a bunch of wealthy white women to go to Bergdorf’s and get themselves the power bag they earned so they can walk into the bank they work for and demand a raise doesn’t feel very much like overcoming some kind of systemic oppression, but that’s just what #empowerment has come to mean. Go to a luncheon, go to a symposium, go to a workshop or read a Lean In-esque book about getting to the top of whatever ladder you’re in the middle of, and the language is clear: because we are women, somehow our class privilege is cancelled out and is actually warped into a kind of oppression from which we must dig ourselves out of. The fact that we have to choose between working more on our Macbooks at our white-collar jobs and going out with girlfriends to get fish tacos — and the fact that either choice can be spun as empowerment — can become a rallying cry, instead of a moment to realize our enormous cultural and financial access.

The truth is, poor women aren’t going to be #empowered in the way the word is usually used. When every day is focused on making ends meet, and one’s options are limited (and we cannot express ourselves through our purchases or professional accomplishments), our choices are deeply handicapped. Perhaps you can argue that teaching a poor woman proper savings strategies is “empowering” her to take control of her financial destiny, but what if she doesn’t have money to save? What if she doesn’t earn her own money? What if she has to choose between a single, simple luxury to make her day feel a little better and putting away five dollars? How are any of her choices going to be considered “feminist” when she doesn’t truly have control over them, which is the foundation of the vapid empowerment narrative?

Obviously, the answer is that her choices are not empowering, but the bigger answer is that she was never included in that conversation to begin with. No one who was ever writing about how women’s choice to get a bikini wax (or not get a bikini wax!) was a powerful statement ever thought once about where a poor woman might fit into that conversation. Empowerment has always been a class marker, a way for every minute and often banal decision a woman of means makes into something radical and enriching. We have to tell ourselves that the fight for upper-middle-class white women to ask for $10,000 more dollars per year is cosmically noble instead of, perhaps, just another successful person in a capitalist system getting more for themselves. And pinkwashing everything with a meaningless stamp of self-determination is probably the most efficient way to do that.

TFD tries every day to be inclusive of a lot of different socioeconomic voices and realities, but the truth is that our team is comprised of middle-class or upper-middle class women living (mostly) in major cities. Most of our contributors are in that situation, too. Some of us grew up in poverty, but it would be disingenuous for us to pretend like we’re still all faced with those realities. Most of what TFD produces, as a result, is a guide for middle-class and beyond, mostly-professional women to have more control over their financial lives, and to talk about them more openly. We get criticism a lot that a lot of our advice presumes that you already have a bit of a flexible budget, which is true — we listen to that, and try to counteract it wherever we can. But the truth is that, to do what we are currently doing requires us to all have some financial stability, and that colors the perspective from which we write, and it would be a lie if we pretended like that wasn’t the case.

If we actually want to help women find self-determination who don’t currently have access to these things, the answer most likely lies in several things: elevating more voices from those groups, donating time, money, and resources to meaningful causes, and advocating for all women at a workplace, not just the ones at the top rungs who are consumed with the idea of having one more female executive, instead of all of the criminally-underpaid female administrative workers having health care. There is a way to “empower” in the sense of “taking someone without contextual power and helping them have more of it,” but it has nothing to do with the dumb word that allows rich women congratulate themselves for making literally any decision.

Not everything we do is going to be feminist, or noble, or good for women as a whole. In fact, most things we do will probably just be self-interested things that may or may not, as a byproduct, help someone else. I am under no illusions that going to a brunch or giving myself a face mask or asking a client for more money is somehow me “empowering” myself — I already have enough power to be making all of those decisions on a daily basis, and have the power of flexibility when it comes to how I make them. I can say that those things might be positive for me, and perhaps for the women on our team, which is about as broadly “feminist” as I could term it. But we can all feel good and fulfilled without feeling like each decision we made was somehow radical, because we know that most of them aren’t. And pretending otherwise is just another way to sell purses.