Exactly What I’ve Wasted On Convenience This Week, In Dollars 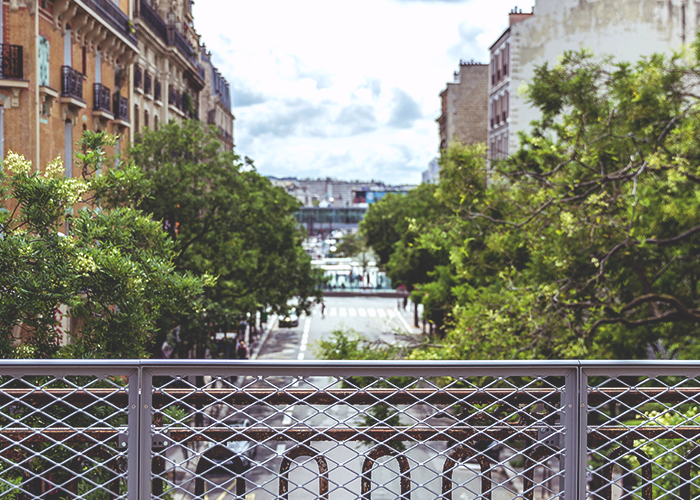 Recently, I’ve been spread kind of thin as I try to manage my last few weeks of class alongside my regular adult responsibilities. I am constantly nervous I’m missing something, and always seem to be frantically trying to tie up a loose end I’ve found somewhere in my life. For this reason, I’ve actively thrown a lot of other things out the window to compensate for the extra time I’m spending making sure my academic life is all tied up before the last week of school (in four weeks — wtf).

In short, I’ve wasted a ton of money trying to make the rest of life more convenient until I feel a little less stressed out. In fact, here is just a small list of the many things I’ve spent money on over the past few weeks out of convenience. I’m not proud of it, but sometimes you just have to do what you have to do and then feel guilty about it later.

1. New towels, because I didn’t want to wash mine.

I obviously wash the new ones too – I wash my towels regularly, don’t worry – but during a particularly busy week when I knew I wouldn’t be getting laundry done, I decided to buy a whole new set of towels

. I was planning on getting new ones soon-ish anyway, and now seemed like the right time, because it meant that I didn’t have to waste two hours doing laundry in order to get clean towels to use. I’m calling it a win, even though it was pretty lazy. This cost only about $20 total, so not terrible, but definitely not necessary, because my towels were probably fine.

2. Multiple coffees, because I didn’t feel like making it, (or washing dishes).

I love my coffee, but I’d pretty much entirely eliminated it from my budget this semester. In fact, I can’t remember the last time I actually bought a coffee in public until last week. But fun fact about my apartment: our dishwasher is broken. This is usually fine, as I certainly don’t mind doing dishes, but making a pot of coffee for myself (or even using my French press

) means that I have to wash it immediately after. (I find that coffeemakers need to be washed pretty much immediately, or else they get this crusty dried coffee flavor that never ever leaves no matter how much you wash them. Also, Drew and I have discovered that the dishes in our sink are basically 99% coffee mugs at the end of the day – a wake-up call.)

In the past week or so, between running around between jobs and class, working frantically on projects, and generally not feeling like going through the effort of making coffee and subsequently cleaning the coffee pot, I’ve hit the Starbucks drive-thru at least four times. My order ranges anywhere from a $2 plan coffee to a $4 chai latte depending on how extra I’m feeling that day, so this adds up to at least $10 minimum (but likely closer to the $15 range) “totally necessary!” in coffees last week. Not cool, Mary.

3.$9 for half the amount of coffee I could have gotten for that price at the grocery store, because I bought it at the gas station.

On the topic of coffee-related mistakes, can we all just LOL @ the fact that Drew asked me to pick up more coffee

, and instead of going to a grocery store, I grabbed it at a gas station? I’m honestly shocked that I was so lazy that I avoided going down the street to BJs and ended up spending $9 on what was actually about ¼ the amount of coffee we would have gotten for the same price there.

4. Groceries that are far less expensive at BJs because BJs was crowded and I didn’t feel like being bothered.

We pulled into the BJs parking lot the other day and it was crowded AF. Since we both had a ton of shit to do, we turned right out of the parking lot and went to a less crowded but more expensive grocery store to do our weekly shopping. Was it convenient? Heck yeah! Was it a great move financially? Not really, no. We spent more than I can remember without the receipt in front of me, but the most shocking difference we always notice between these two stores is that avocados cost $2 each at a regular grocery and $3 for a huge bag of them at BJs. What’s that about? Anyway, we bought a lot of avocados for Stop & Shop’s ridiculous markup price. How tf could I ever allow myself to spend $10 on avocados?

5. Eating dinners out much more frequently than we ever planned.

During the move-in, we planned to prep meals and eat at home every night to save money. We went back on that rigid plan, deciding that it’d be okay to go out a few times a month if we wanted to, just to enjoy life a little more. Over the past two weeks, I think we’ve cooked two meals at home. This isn’t costing us a crazy amount, because we’re obviously choosy about where we go and what we order when it is just a casual weeknight. (We literally split a burger the other night because we knew we wouldn’t both finish one, and didn’t need to spend money on two.) But that doesn’t change the fact that it is costing us an extra undetermined amount of $$$ every time we lazily decide not to cook. It wastes our groceries, and costs more for one meal than it would cost for ingredients to make five meals. The second I graduate (if not sooner) we plan to use my extra mental/emotional time to get back into a meal-prep routine.