Exactly How Much Money I Wasted On Emotional Spending Last Month 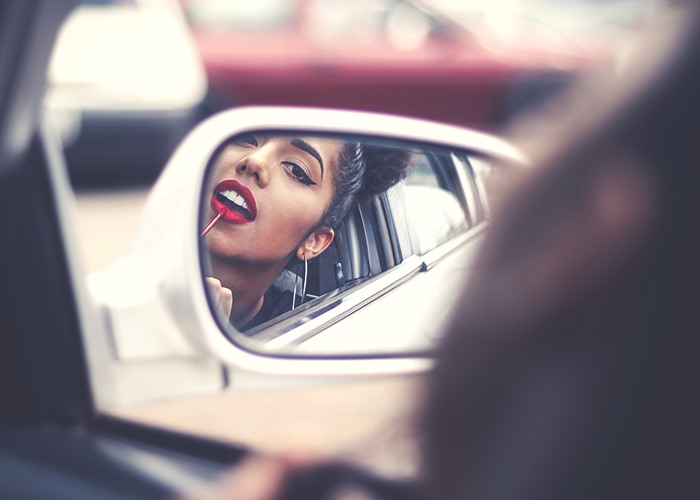 I have finally come to terms with the fact that I am not financially secure. I’ve known for a while that I would love to be making more money, but for two years now, I have run on the ethos of “being comfortable”: all my bills get paid in full and on time, so therefore, I am Living Comfortably. It wasn’t until a few weeks back that I realized I was not as comfortable as I’d thought, and it wasn’t until the night of February 5 that I realized I am, in fact, not comfortable at all.

Now, before we go any further, I would like to say that my current financial situation, though precarious, is incredibly temporary. At the longest, it will take until my second February paycheck (I’m paid 2X/month) to get out of this situation and be back to normal and, if I don’t feel like waiting that long, I have parents that I can reach out to for emergency support and am just choosing not to do so. However, my current situation taught me a larger lesson about my relationship with money. With privilege checked, let’s move on.

Last night, I paid my February rent. The $806 covers rent, water/sewer, and trash collection. After submitting the payment, I checked my bank account and noticed that I had quite a few transactions — eight to be exact — that had yet to clear. To my horror, I realized after my rent payment, student loan payments ($388), and those eight aforementioned transactions cleared, I would overdraft my account. Panic set in.

I grabbed the Sephora bag of items I’d been procrastinating on returning, and did a rough calculation of how much money I would get back. I logged into my student loan provider to see how easy it would be to defer my due date until I got paid again. I reviewed my bank statement, and scoured my apartment looking for other things I’d maybe been meaning to return. Then, I sat on my bed and admitted to myself that I am bad with money.

I always knew I wasn’t great with it, but again, I assumed that if the necessities were taken care of, I was in the clear. I was wrong. I had to admit to myself that I had a spending problem, and after looking at my bank statements, I realized that what I spend money on is directly correlated to how I feel that day.

I realized that I turn to Sephora and Ulta when I’m feeling lonely. In my current city, I have a distinct lack of people I would consider good friends, and no significant other. As a result, I spend a lot of time sitting alone in my apartment, and started using trips to the mall to “just get out of the house” and “be around and interact with people.” I would ignore the fact that a new skincare item or lipstick didn’t make me feel less alone.

I realized that, on days I was feeling shitty about my weight, I would go to Whole Foods and buy something, anything that wouldn’t make me feel guilty about eating it. That money would have been better spent on therapy to treat my eating disorder and body issues. But instead, it went towards BBQ chickpeas that “taste JUST like chips.” They don’t. And I spent $8 to confirm that.

Even after the returns, there is a strong chance I will overdraw my bank account. When that happens, it will hurt, but I will be okay. I am fortunate to be in the position that this impending feeling of doom is temporary. I am fortunate that, this feeling — that I am owned by my checking account balance and always on the brink of disaster — is unfamiliar. I know that it is only because of this position of privilege that I can say that I am grateful for this financial disaster. As nerve-racking as the days between now and payday will be, I know now my financial and emotional weaknesses so much better.

I’ve recognized the outlet I reach for when I’m feeling lonely, or insecure, and will be able to better direct that energy in the future. This financial panic forced me to be honest with myself and with my money in a way that I hadn’t been (and likely wouldn’t have been for years). I download my bank statement for the month of January and realized just how much money I was truly spending to avoid…well, everything. I don’t recommend overdrawing your bank account to help you get your financial shit together, but hey, it worked for me. And in the interest of full disclosure, here’s what I spent in the month of January that indirectly led to me almost certainly overdrawing my bank account:

(*Note: In January I visited friends in Atlanta and took a trip to DC to protest the inauguration. Both were one-time, uncommon expenses, so I have omitted costs related to those trips. Otherwise, everything here is as it appears on my bank statement.)

Total Spent on Groceries: $355.45 — I honestly had no idea I was spending this much. For reference, I budget $200 for ALL FOOD, both groceries and restaurants, in my excel spreadsheet. Yikes.

Total Spent on Crap I Don’t Even Remember Buying from Target: $315.95

Total Spent at Sephora and Ulta: $418.31 — this number is both hilarious and embarrassing, especially when you consider the fact that I hated most of what I bought and am returning it.

Conni is a writer who works in finance and thinks you should be saving for retirement. She is loud, opinionated, and on Instagram and Twitter.