The Financial Confessions: “My Boss Told Me To Lose Weight If I Wanted A Promotion” 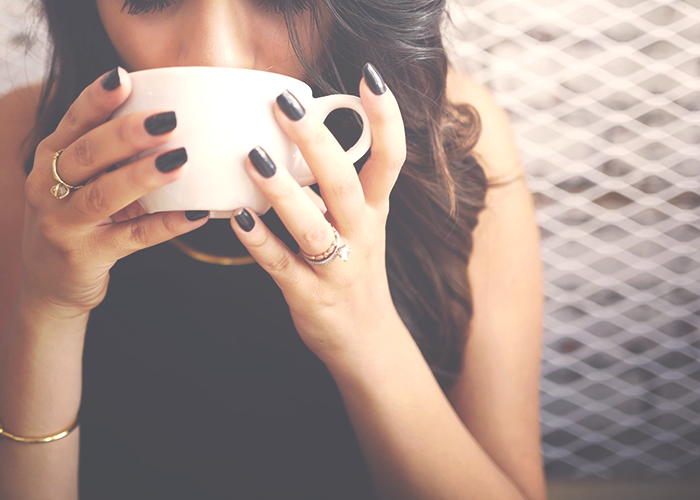 I’m just going to come right out and say it, something which I’ve never told anyone in my life before but I’m going to reveal now (with the comfort of knowing that this is anonymous) — my boss told me to lose weight if I wanted a job promotion. In so many words, he said I was overweight for the role I wanted to transition into, and because of my weight, the image I would project to clients would be the wrong one. This small act sent me spiraling into a few years of extreme self-consciousness, a morphed sense of my body, depression, and uncertainty about my entire career choice. It was devastating for my confidence, and while I can say that I’m finally out the other end of that experience, the process getting there wasn’t easy.

You see, I work in a field where beauty and looks are everything (they say that attractive people do better in the workplace, but I didn’t know how true it was). I didn’t realize how bad it all would be until I graduated from college with 40k of student debt and a degree in PR and marketing, and was exposed to the Real World. After graduating from college, I snagged a job at a PR agency that handled a lot of fancy high-end clients that sold everything from pricey clothing brands to expensive alcohol. I was hired to be a representative for a liquor distributor that sold high-quality spirits and ~artisanal mixers.~ The interview process to get the job went well enough, except looking back on it now, it should have been a red flag that all the women who worked there were REALLY attractive (and on the thinner side). There were also hardly any women in senior management roles — that layer of the company was entirely filled up with older men ranging from ages ~35 to 55. Anyway, I had really hit it off with the woman who interviewed me, and I was excited to start working at my first “big girl” job.

Back then, I was on the thinner side and generally pretty happy with myself. I had always focused on eating right and being regimented with exercise and calorie intake — it was easy to be that way in a very controlled setting like college. However, over the next three years, I slowly began to put on weight. I was super stressed out at work, and I was never going to the gym anymore. For me, it was a combination of battling some personal issues, mild depression, unhealthy eating choices, etc. It feels shitty to admit it to myself now that I had let myself go back then, but it’s the truth. I put on roughly 20 pounds over the course of two years, and my co-workers didn’t let it go unnoticed.

My supervisor began to make comments (especially when I was around, and with more frequency) about health, eating, and weight. He talked about keeping junk food out of the office kitchen, the need to rein in holiday overeating, telling us to give away any sweets/food we got from clients, and noting that one client in particular, who I was traveling to see, was a real “fitness addict,” “super healthy,” and “weight conscious.” Bizarre, right? His comments were just like, insidious enough to make me feel bad but never over-the-top — but, the comments felt really pointed and awkward. I never knew how to react to them, and I usually just chuckled or laughed them off and then quickly changed the topic, or I left the room. Looking back on how shitty that guy made me feel, I want to kick myself. I should have focused on work and what I did well, but I couldn’t. Actually, when it came to work, I was doing great and my co-workers really liked me. And, despite my personal issues, I was always able to keep it together and deliver consistent work that was on point.

Over time, I  really began wondering why promotions for me were slow and others around me seemed to be moving up more quickly than I was (despite the fact that my work was more solid). I was nearing my four year anniversary with the agency, and I asked to schedule a meeting with my supervisor. I was curious to find out what I could do on my end to help myself get that promotion I wanted so badly, move up the ranks, and make more money. I’ll never forget that day and how that one-afternoon conversation changed my life drastically for the next few years.

After a half hour or so in the meeting with my supervisor, I was finally able to draw out the reason why I wasn’t getting promoted. He said something along the lines of, “Unfortunately, I’m going to have to be very blunt with you, but our more senior client-facing roles go to individuals who we feel embody the brand — mentally and physically…the ones we want to be the face of our agency.” He told me I had “let myself go” over the last few years and that I came across as sloppy, disorganized, and (sometimes) lazy at work. I felt like I had been slapped in the face. I thought, sure I was not the same size 4-6 I was when I first started, but I couldn’t believe that I was being penalized for my looks. It felt like I had floated up and out over my body and was looking at a scene from a movie — surely I couldn’t be hearing this.

I had the balls (for lack of a better word) to quit about a month later once I wrapped up a few assignments I was working on, but his comments stung me for a long time. (Turns out Danica, with the flawless hair, got the promotion a few weeks later.) I hated the feeling that this slime ball supervisor of mine was holding all the power and getting to decide the trajectory of my career. Feeling like you’re in the passenger seat of your own life, while some dude dictates where it goes based on how you should look and act, was infuriating. However, even though I was angry at first, it slowly melted away to a crippling sense of self-doubt

, which felt even worse than anger. Every time I went on an interview, I couldn’t help but compare myself to the women around me. I forgot about how good I was at my job and let my insecurities get the better of me. I felt an overwhelming sense that the city life/working culture wasn’t for me, and it felt suffocating. At night, I would lay in bed with anxiety as I thought about all the issues I had with PR culture, the phoniness of marketing and sales calls, and the BS relationships with clients (whom I loathed deep down) that forced me to put a fake face on. It felt like it was all too much, and I didn’t know if I ever wanted to work in the industry again.

I ended up moving out of the city and into a slightly less bustling town to see if some distance would help me reset. Turns out, it did. Fast-forward to a few years later, and I’m happily employed at a job for a socially conscious company in a PR role that I feel good about. Here, I know that I’m valued for more than what I look like. Even though the job is not perfect, and still has ups and downs, I breathe easier knowing that I’m in an overall healthier work environment. I still haven’t lost all the weight I gained, but that’s okay. I know I’m valuable beyond the degree to which my clothes hang or pull on my body — I have more to offer the world than that, and I’m happy that I finally believe it.