The Financial Confessions: “How A Crush Cost Me My Life Savings” 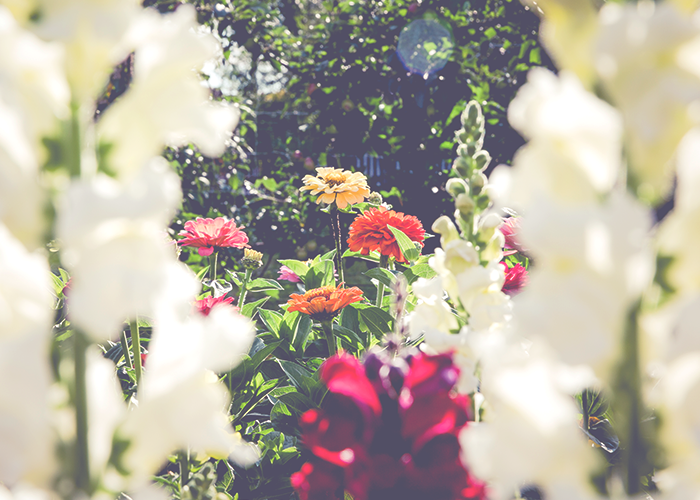 I spent a year after college job-searching in what felt like a total professional black hole. I knew what I wanted to do (I had a very specific major that sets you up to work in the environmental field), but with all the budget cuts after the ’08 crash, when I was sending applications for positions I found, it basically felt like I was sending them into a void. There simply aren’t that many positions out there for what I do, and everything I was actually getting interviews for where just glamorized unpaid internships, not real jobs, and certainly not a career. I reached the one year post-grad mark and, when I was still working as a barista and babysitter and sending endless applications to no reply, I figured it was time for a change. I didn’t know exactly what I wanted to do, but I knew I wanted to get out.

At the time, I had no student debt (scholarship kid + living at home + cheap in-state school), and about $17,000 in the bank from a combination of saving through my teenage jobs and hoarding all the money I got for my college graduation. I wasn’t exactly a super-saver, but I was generally pretty good with money for my age, and I knew that if I wanted to be successful with whatever I was doing, having a stable nest egg was going to be essential. My career field of choice is one where even the people who get “good” jobs don’t make much money, but I knew that working in nature was extremely important to me, so I decided early on that being frugal and paying attention to my money would be the key to me having a more comfortable life.

Long story short, I was 23 with $17,000 in the bank, and because I’d always made the “right” choices in life — even things like going to the super-cheap state school where I got a scholarship instead of the big-city one I wanted to go to in another state — I felt like I had “earned” some irresponsibility. I didn’t fully regret not going to the dream school, but I did feel like I’d spent my whole young life to that point delaying gratification for what I assumed would be my ideal career path. When that wasn’t happening at all, it was the combination of “I have nothing else going on” and “I deserve fun” that I needed to buy a ticket to Rome.

My friend was living in Rome at the time, and she offered to have me stay with her for six weeks that summer because her roommate was out of town and not subletting because “she felt weird about a stranger living in her house,” so we reached a compromise where I paid a small amount each month and got to take her room. The plan was that I would budget a total of $3,000 — $1,500 for the flight, $500 for the room, and $1,000 to spend for six weeks on food and living — and go “find myself” in Italy with my friend. It seemed like the perfect thing for me to do, and since I’d been itching to quit both of my jobs anyway, I didn’t have any problem basically saying overnight that I wasn’t coming in anymore. (Burning those bridges was a huge mistake, but I didn’t notice it at the time.)

I moved to Rome and within the first week, realized that the idea of spending just $1,000 in six weeks was unrealistic, so I immediately mentally bumped up my “living budget” to $2,000, so that I didn’t have to have a totally unenjoyable stay while I was there. I wanted to be able to go out, drink wine and eat pasta in restaurants, and not have every meal be ramen noodles or paninis at my friend’s apartment. For the next two weeks, I was doing everything (more or less) the right way on my new and improved budget, and even though I had more luxuries in my life than I did when I first arrived, I was still being responsible. My instincts of “Budget Caty” were still very much present, and I was enjoying a little bit of irresponsibility while still being mostly responsible.

And then, as the story so often goes, I met a boy. My friend’s cousin came to visit — tall, dark, Italian, incredibly charming, named Paolo which is by far the sexiest guy name in the world — and I fell in love pretty much immediately.

I wanted to spend every minute with him, and more importantly, I wanted him to like me. I wanted him to be impressed by me. So I went to the store to get a chicer Italian wardrobe, so that he would find me stylish. I stopped paying attention to how much I was spending on bars and restaurants, because if he was going out, I wanted to go out. I got a haircut and basically ransacked a makeup store, because my “casual chic” look prior of “barely any makeup and a messy bun” was just not cutting it. I wanted to make myself into someone that he would like, and being a successful Italian guy living in London and going to an extremely prestigious business school, I knew exactly the kind of girl I’d have to be to get his attention.

And it worked, in a way. He started paying attention to me, we kissed a few times at house parties, we started going to meals and on walks by ourselves, and on my fifth week in Rome, we went away the two of us because, as he put it, “You just have to see Andalusia.” My checking account began dwindling at a startling pace, but all I could feel was the radiance of his approval and attention. We never even had sex, if you can believe it. I was so obsessed with him, and the fact that he wanted to be around me, that I never stopped to think about why our relationship wasn’t actually developing into a relationship.

But then, on one of my last days in Rome, he took me on a long walk through the city and dropped the bomb on me: he told me that he didn’t sleep with me, even though he very much wanted to, because he didn’t want a girlfriend. “I’m going back to London, and I want my life to be open. I don’t want to be tied to any one girl, and that wouldn’t be fair to lead you on.” My heart essentially smashed into a million pieces — if you can believe it, I had expected that he would ask me to come to London with me. I thought that he was waiting for sex out of romance. I thought so, so many things that were totally wrong.

And by the time I got home and was able to look at my checking account through tear-filled eyes, I realized that I had spent all but $840 of my life savings. I had spent it all hoping this guy would see something in me that I desperately needed to see in myself. And when he kept emailing me as I was back at my parents’ house in Tennessee, I didn’t even open them, which I think made him want me more. He thought I was playing “hard to get,” but really, I was just so frustrated with myself for letting my crush on him play out into something so unhealthy. I lost sight of who I was and why I liked him, and what was actually important to me in life. I lost all the progress I had made, and my safety net, and my ability to do the work I was excited about.

Now, I’m in a Master’s program that will take me into a slightly different (less-passionate but more secure and better-paid) field of work, and I’m working to build back up a serious cushion of savings. But I’m way behind where I should be today, because of a stupid Italian crush I had two years ago.