The Financial Confessions: “I Don’t Want A Career, And Everyone Judges Me For It” 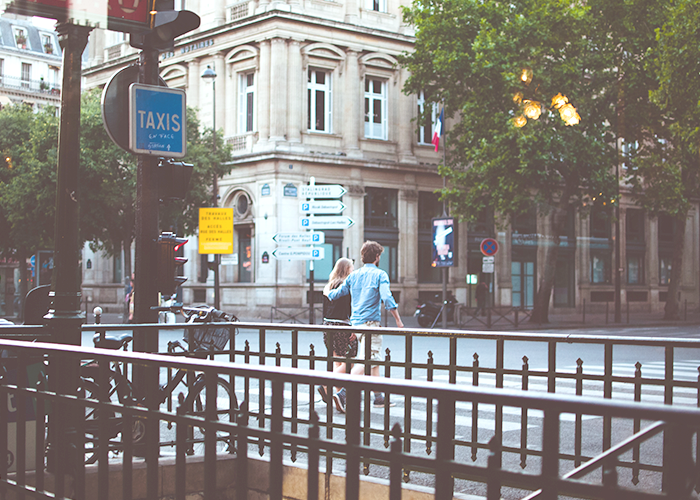 I worked a 9-5 job for the first year and a half out of college, and I hated it. Everyone looked at me like I was crazy, because I was already one of the “lucky ones” who managed to get a “real” job with my degree, but I knew pretty much within the first month that it wasn’t for me. Yes, technically, I was one of those people who had her own desk and computer and cubicle and a couple weeks of paid vacation, but the job itself was incredibly boring, and only related to my field of study in the sense that they required I have a Bachelor’s degree.

I had gone from majoring in political science and sociology to working essentially as an upgraded secretary, managing an office for a startup in the financial services industry. It sucked, but people who didn’t know the details of my job were jealous because it was a “career path,” and a lot of them were still waiting tables.

I’m waiting tables now, too. It’s been three years since I quit that job, and I have traveled to five countries, learned a new language, and worked pretty much any and every job under the sun. I’ve tutored, nannied, waited tables, worked retail, led tours, and even worked the ticket booth at a music venue. In one month, I’m leaving the States again for two years to go teach English in the south of Spain, which has been a dream of mine for a long time. (I learned Spanish partially through Duolingo and partially through living and working seven months in Mexico.)

It’s been very hard for my parents to accept. They are conservative and spent years saving for my college education so that I didn’t have to take on loans, and even though I am forever grateful for their sacrifices, I can’t give them what they want, which is a daughter on a traditional career path. They think that my “nomadic lifestyle” is not putting to use the degree I got, nor is it something sustainable long-term. They may be right on the last point. But for now, I have at least a ten-year plan mapped out, and since kids are not something I ever really felt strongly about, I know it’s financially doable, including savings, as long as I remain just me (or with an equally-contributing partner). Maybe things will change, but I know that for now I am happy.

Besides my parents, i’s really hard generally for people to understand that I don’t want a career, and that my passion will never be my work. Everyone seems so concerned with how I’m going to “make a career” out of X or Y that they never stop to consider that I might not want that. There is really no job that I want to work for the rest of my life, and the kind of work I was able to get with my degrees pays basically less than what I make as a server for twice as much work. It’s not that I don’t understand why someone would want it, or why a lot of people use it as a way to put you in a certain box, but I don’t want to be part of that. It’s not a judgment, it doesn’t mean that I think everyone who has a career is wrong or wasting their life, it doesn’t mean anything. It’s just not for me.

But no one can seem to accept that. Every time I tell someone about what I’m doing “with my life,” they get this look on their face like I’m saying something about them. They think I’m one of those people who think that desk jobs mean ball and chains in every case, but that’s not me at all. I don’t even think everyone needs to travel, if they don’t want to! Yet no matter how many times I try to explain this to my family, or their friends, or even my friends, I’m met with the same defensiveness. People think that I am judging them, so they preemptively judge me in return. And if they aren’t judging me, they are worried about me, quote unquote, and they give me these looks of concern or lectures about how I’m wasting my life and ruining my future potential.

When my parents tell me that I am judging careers based on entry-level jobs, and not what they can become, that’s partially true. But I also know a lot of people, including my parents, who are well into “good” careers and are just simply not that happy about them. I see their levels of stress and frustration. And I think that as much as people might underestimate their work potential, they can also overestimate it. Putting all the pressure onto what I will be doing with my degree led me to an extreme sense of stress and unhappiness, and I don’t think it would have gotten better with time, because I’m just not the kind of person who gets joy from sitting at a desk or responding to emails. I also am someone with very lowkey tastes who doesn’t need a ton of nice things or a big house, like my parents had, and I know that makes a huge difference in terms of what you “need” to be comfortable.

Moreover, I dislike the idea that “doing something with your degree” always and forever means “having an impressive career.” I know that it’s an important thing for a lot of people, but I think you can find a lot of meaning and use in your degree without having to turn it into a professional path. And what’s more, your professional path doesn’t have to be exactly reflected by your degree. It’s all totally variable, and dependent on what you want out of life and what makes you happy. A career doesn’t make me happy. That doesn’t mean I’m not using my degree.

No matter what anyone says, I’m going to continue to live my life the way that makes me happy. I don’t feel ashamed of not having the job that other people want me to have, and I’m not interested in doing something that I don’t want just to make someone else happy.