The Financial Confessions: “I Faked Living On Campus To Fit In With My Ivy League Friends” 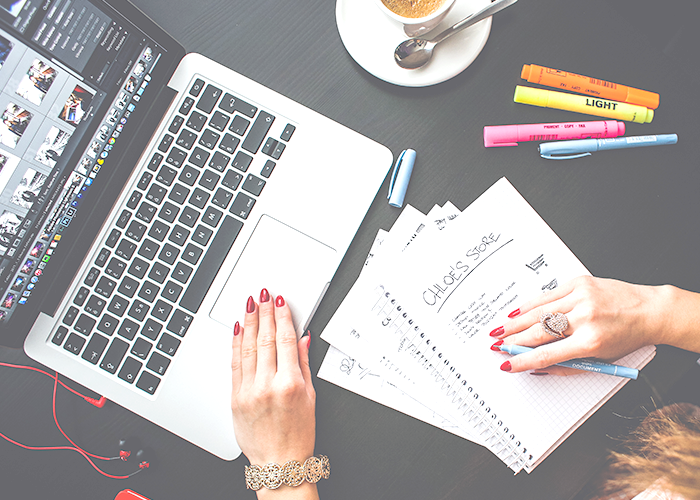 “We’re meeting in the lobby of Straus Hall at 8pm to head out to the show,” said my friend Anna. “Cool, see you then,” I replied. It was the second week of my freshman year at college, and my freshers’ week social calendar was starting to fill up. I made a mental note for myself to arrive 10 minutes early — I had to give myself extra time to come in through the side entrance of the dorm, and wait patiently for someone to swipe me in with their student keycard. If I was truly going to pull off my stunt, I had to really commit. You see, I didn’t live in Straus Hall like everyone I had casually met those first two weeks thought I did. In fact, I didn’t live in any of the other five undergraduate dorm rooms. The truth was, I didn’t live on campus at all, but I was doing a damn good job pretending I did.

You see, it all started about four months prior when I had been accepted, out of the blue, to my biggest “reach” school of them all — An Ivy league college (who shall remain nameless). Through a blessed combination of student financial aid and scholarship money, I would be on my way to the picturesque far-away college town come fall. I would no longer be crammed into our tiny two-bedroom apartment that was shared between myself, my mother, and my older sister — I’d finally be free. My family was incredibly hardworking, but money was tight. My acceptance to this college felt like a true out, where I was offered the opportunity to rewrite my destiny, build something great for myself, and cast off the shackles of being “poor.” Or so I thought.

Fast-forward a month and a half later when I traveled to my soon-to-be Ivy League college to visit for the weekend. I wanted to explore the dorms, classrooms, facilities — everything. I was beyond excited to become part of a community that, to me, oozed an incredible amount of ~class~, wealth, and opportunity. I really couldn’t believe how lucky I was for snagging a coveted spot within that freshman class. That was, until I discovered just how much it had cost to live on campus, and that the amount was NOT covered by my academic scholarship.

My heart completely sank. I thought, “no quad picnics with my fellow classmates,” “no late-night study sessions in the dorms with friends,” “no Saturday-morning meetups at the dining hall with girlfriends as we chat about our wild evening partying on campus the night before.” That was the vision of the classic “college experience” that I had in my head, and it was like a movie reel of crisp collegiate perfection that I thought I HAD to attain. I was so cripplingly fearful that my classmates wouldn’t accept me or judge me harshly for being a “commuter kid” that I made the decision then and there — I would do whatever it took to make it look like I lived on campus.

It turns out that an aunt of mine lived much closer to the school than I thought — about 25 minutes from the campus —  and she made me a very generous offer. She said she would allow me to stay in her guest bedroom for the first semester while I figured out my finances. She gave me time to see whether I could secure an on-campus job and afford to split rent with another student in off-campus housing, or secure an additional school loan that would pay for housing during the second half of the year. Little did she know that I had no intention whatsoever of revealing my situation to anyone. I nodded along silently to the plans she made for me, and concocted my own.

The first few weeks of school, I drove to campus early as fuck every day so I could naturally fit in with the other students ambling about campus. I went to every activity available for new students: freshman orientation, meetups, clubs, fairs, etc. For anyone who asked where I lived on campus, I’d spin an elaborative story telling them that since I applied late, I snagged a one-person dorm room in one of the transfer halls (a place where the school would usually keep kids who came back from studying abroad mid-year and didn’t fit anywhere because everyone already had a roommate). I told lies after lies to the new people I met, and surprised myself with my own proclivity for storytelling. I idealized everyone around me who seemed to be poised, well off, whip smart, wealthy (and vaguely judgmental of the commuter students). It should be noted that looking back on my behavior now, I feel so ashamed of myself and of the fact that I wanted to impress these people so desperately. At first, I fit in with a clique of girls who all lived in one hall, and I held them up on a pedestal as the “cool kids” on campus.

We’d go out late, stumble back to our respective halls, and I would sneak off to the bus station and make my way back to my aunt’s house. We’d make plans to meet for breakfast, and I’d be forced to get up super early to drive to campus to act like I was already hanging out in the cafe. I was practically living out of my car, and I had toiletries, a change of clothes, shoes, books etc., for long days spent on campus. Winning the approval of the “in crowd” that first month of school felt more validating than anything else, and even my studies took a back seat to my selfish ambitions. I thought that, as long as I was accepted as one of them from the get go I had a social advantage over everyone else. To me, college was a time to network and set up the groundwork for a long and successful career aided by illustrious connections from Ivy League friendships. Naturally, I started to hate myself pretty quickly, but I thought “wasn’t it all worth it for a bit of my dignity???”

As you can imagine, in the end I was only able to pull off this little stunt of mine for about two months. My ruse went up in flames when a casual friend I met in class went to my supposed dorm room, knocked on the door to drop off some muffins she baked, and was shocked to discover I didn’t live there. When she approached me the next day about it, I was mortified and nearly burst into tears at my shame and stupidity. Once I came clean to her, the news traveled quickly. I went from being the girl who fit in with everyone, to that weirdo who insanely pretended she lived on campus (???). Yikes. I took a hard tumble down the social ladder for sure, but I was able to salvage my pride and reputation a bit. I told everyone that I had, in fact, lived on campus for about a week before realizing I hated living alone, and moved in with my aunt temporarily. Yes, it was still a lie, but one that alleviated some of the damage I’d done.

I ended up finishing out the school year somewhat normally and was still friendly with a lot of the people I met those first couple weeks. However, I eventually realized that they were not my type of people — they were crueler than I wanted to believe/admit, and they all came from wealthy snobbish backgrounds that I never did (or truly want) to fit in with. I still regret what I did because I feel ashamed I wasn’t comfortable with who I was and where I was from. Since then, I’ve learned to let go of my image of the “perfect college experience,” and have focused on carving out my own one instead.