The Financial Confessions: “I Only Feel Wealthy When I’m In A Relationship” 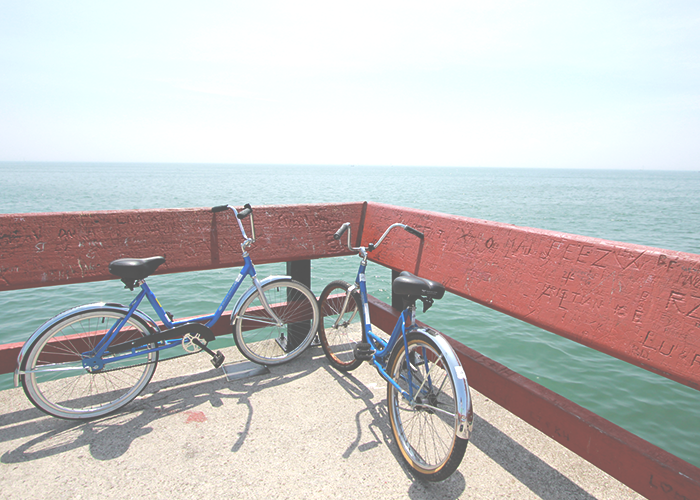 I have deleted and re-installed Tinder at least a dozen times on my phone. I’m one of those tragic, wannabe Sex and the City girls who came to the city she lives in (not New York, I’m not that fancy) at least partially because I wanted to fall in love. But I’m not Carrie Bradshaw, running around in $300 shoes and dating financiers from her fabulous writer apartment. I’m not even her assistant, Louise from St Louis, who also ended up with the man of her dreams. I’m just a girl living in a second-tier American city, working her not-perfect-but-not-bad desk job, going on lots of dates, looking back at her failed relationships with a mix of regret and confusion, and hoping for the best.

But I have to admit, because this is The Financial Confessions, after all, that the romance aspect of it is not the only reason I’m objectively way too into dating. The truth is that, despite the fact that I’ve always been someone who considers herself non-judgmental and more interested in the experiences of things than the price tag, when I’m dating a guy is the only time I feel “wealthy.” It’s the only time money has good associations for me, and not bad ones, and that’s partly because of how I behave while dating and partly because of the man’s money. None of this is good, I know, but let me try to explain.

I grew up in a very poor, unstable household, where at various times I was living with my mom, my perpetually-unemployed, gambling father, my friend’s parents, and my grandmother. My parents were in a constant state of fighting over my dad’s untreated gambling addiction, and my mom was working two to three jobs while doing her degree, which put her over the edge in both stress and financial burden. No matter how much they loved each other, or how good they could be when they were together, and my dad was working and not at the racetracks, it wasn’t enough to make it last. When I was 14, they split for good and my dad moved to Texas, where I saw him about once or twice a year after that.

My mom is much better off financially now (she works for a financial services company, of all things, and just finished her MBA two years ago), but by the time things were really stable with her, I was already off at school (on scholarship) and living my own life. Her happiness makes me happy, but it was too late to really impact or shape me, because I’d already grown up for the most part. My feelings around money and relationships had already cemented, and they weren’t good: Money is something I hoard because I’m terrified of losing it, and relationships are both my savior and something to fear. I believe I’ll only have stability in the context of a happy relationship, but as soon as I get too close to someone, I become overwhelmed with fear that they might turn out like my dad, and I find a reason to bolt. I’ve basically paid for my therapist’s second house.

But all of this means that today, as someone with a stable enough job (I earn $47,000 a year and I’m 25, so I know I’m doing well for my age), I still behave like someone on the verge of constant homelessness. My obsession is savings and super low-risk investments, and the less than $10,000 I had in student debt, I paid off my first year mostly through living at home even though my mother and I nearly killed each other. I basically have no luxuries in my life, because I don’t allow myself to. And this makes for a pretty boring 25-year-old life, with my friends constantly rolling their eyes as I order ice water and the cheapest appetizer on the menu while everyone else is having wine and steak.

But when I’m dating someone, first of all I allow myself to spend a lot more freely and have fun, because I don’t want to come off as the nearly-pathological-level cheapskate that I actually am. And two, the guy is usually spending the majority of the money during the first few weeks or so, and that feels thrilling to someone like me who is practically allergic to opening her wallet. I get to do all those nice things I never let myself do, and I don’t have to worry about taking a cent out of my checking account half the time.

This means that all the warm and fuzzy feelings we associate with being wealthy — comfort, freedom, luxury, treating oneself — are all things I only get to experience when I’m dating. I know that this is self-imposed, and I know that it’s unhealthy to expect that a man is going to foot the bill for me enjoying myself for a little while (even if I’m paying some of it, because I also feel uncomfortable with someone doing all the spending, even if I’m cheap as hell), but it’s hard to stop. These patterns feel so natural to me, and living through everything that my parents went through in their incredibly unhealthy marriage, it sometimes feels like the only moment of release from that.

When you grow up poor and unstable, it can be impossible to forget or let go of, even if you’re doing well as an adult. Any moment where you get to forget who you are and where you come from, and feel like someone who isn’t worried or obsessive or ashamed about money, is more precious than anything. I so envy people who grew up with a stable home and relative comfort around money, because it means you get to navigate the world as a normal person without all these hangups and insecurities. And when I’m going on dates and just having fun, I feel like I get to be that person for a few minutes, too.

I’ve been telling my therapist about this pattern only in our past two meetings, which is a Big Fucking Deal for me, because now I have someone holding me accountable for it. And writing this is a next step (he told me that it would be good to write a journal about these patterns and feelings so I can go back and read them with some perspective, and I opted to write this instead, haha). The next step is going to be taking a break from dating for six months, and giving myself a “fun budget” each month that I have to spend by myself or with friends. It’s going to be nails on a chalkboard, but I’m going to do it. I have to admit, I’m looking forward to the happy hours.