The Financial Confessions: “My Husband Left Me And I Couldn’t Use A Checkbook”

By The Financial Confessions | Wednesday, February 24, 2016 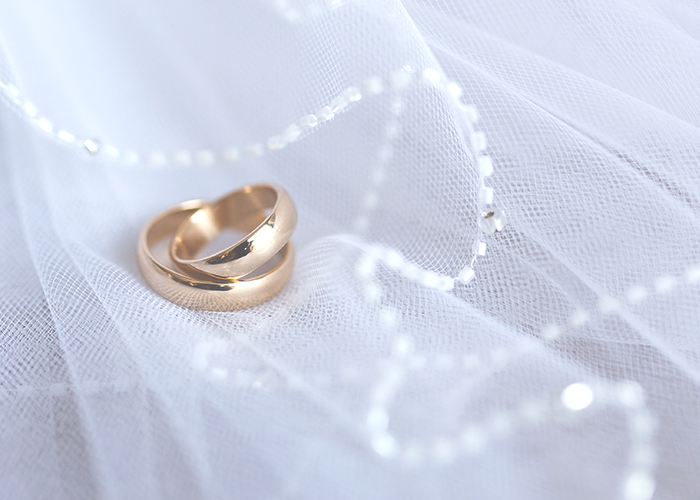 I’m a cautionary tale, this I know and accept now. I am the statistic that they warn you about when telling you how important it is that women understand and take control of their finances. I am the woman who never thought about money until she divorced and now, at 46, is having to learn everything over again. You would pity me in many ways today, but no matter how bad the situation ended up, I never saw it coming.

I married my college sweetheart at age 23, which was not at all unusual in the conservative southern small town where I grew up. (To put it in perspective, I now live in Savannah, which is “the fast-paced big city” compared to where I’m from.) We married in a beautiful ceremony, he went on to work in his father’s law firm, and I took on the role of Domestic Goddess, as so many southern women did before me. We only had one child, which is slightly unusual around here, but my primary occupation was raising her and giving her the perfect upbringing. She is 20 now, and out of the house at college, but I still have no regrets about being a SAHM, and don’t feel the need to defend myself, even though it seems more than ever an unpopular choice.

What I do regret is never understanding anything about money. My husband had always invested, saved, managed credit cards, made the decisions, and did things for me. I had my one account with a debit card attached, and my credit cards that he handled the payments on, and that was the extent of things. I’d never taken out a loan myself, I’d never paid off a balance, I’d never even gone into an account to transfer from checking to savings. I didn’t have a savings account.

My husband was always extremely smart with money, like his father and brothers, and we had a comfortable life. I didn’t worry about it, and I didn’t think it would ever be an issue. As long as I was taken care of, it wasn’t a problem, and I didn’t imagine ever being on my own, so I didn’t see where these skills would be needed. My work was in the community and with my children, and didn’t involve managing my own money. It was a skill I didn’t develop.

When he approached me, shortly after my 42nd birthday, to tell me that he was leaving me for a woman from work, the last thing on my mind was money. At that time, I didn’t care if I lived or died, and imagined that living in a gutter would be just as bad as living in a mansion if it meant doing it alone. I spun into a whirlpool of depression, jealousy, and obsession, and spent much more time thinking about how I could ruin her life than how I could protect mine. The divorce took nearly two years, and during that time, I was too consumed by my grief to understand much. To help things go more smoothly, he allowed me to stay in our house and kept the bills paid, and money in my account. During the divorce, I spent my time crying, drinking, and obsessing about his 32-year-old (now) fiancée. I didn’t worry about money. I didn’t think I would have to, even in the divorce.

After the divorce, when I was informed that I had 90 days to leave the only home I’d lived in since college, because it was being sold, panic set in. The amount of money I was getting from my ex-husband was not enough to support me entirely, and though he bought me the two-bedroom apartment I now live in, I would still have to get a job to supplement my income and start saving. At 44, I made my first ever investment into a retirement fund. At 44, I learned how to balance a checkbook (which I still do manually, in a physical checkbook, because otherwise I very easily lose track of my purchases). I had to have an in-person tutorial at my bank to learn how to use their website, or move money between my accounts. I had to get my own credit cards, and set reminders for myself to pay them off. I did all the things I should have done at 18, but never did, because either my parents or my spouse were doing them for me.

I’m now 46, I have over $6,000 in a retirement account, a part-time job I really love, and dates on many Friday nights. I still get a knot in my stomach when I think of my husband and his soon-to-be wife, and I don’t know that that will ever change. I still love him in many ways, because I never thought I would be without him, and I never pictured myself having to start from zero. I sometimes think I am still in love with the version of me I was, where I was Mrs. Him, where I didn’t have to worry about how the pretty things I bought or the nice lunches I attended were getting paid for.

But I do get a thrill from certain things, like seeing how much money I can save each month, or getting a small raise at work. These are things I never would have experienced otherwise, and they satisfy me in a way I didn’t ever know before. I won’t say that I’m glad I am now a single woman, or that I get this “experience,” but I do enjoy it for what it is. But I also cannot help thinking how much easier my life would be today if I had prepared, and been in control of my money. This year I’m going on my first real trip since the divorce, and saving up for it has been an arduous task. I wish things like that were easier, and they’re not.

I can say, today, that few women have the kind of marriage I had, where they were totally cut off from earning and money management. I was lucky to be so sheltered. But there are many women who work and still relinquish all money control, and this is a mistake. I am paying the price for my sheltered life, and it’s much more costly than I expected.