The Financial Confessions: “I’m A ‘Rich Kid,’ And I’m Scared Of Being Judged For It” 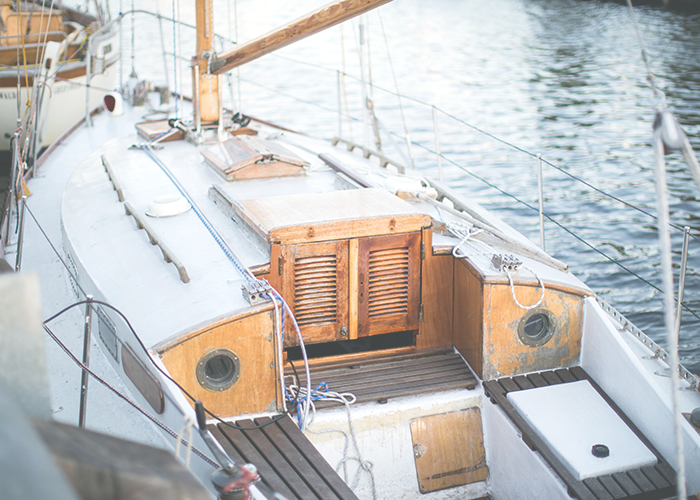 “I used to watch girls like Cher from ‘Clueless’ or Elle Woods in ‘Legally Blonde’ and think about how I didn’t ever want to be that girl. You know the girl (or guy) I’m talking about: the rich kid who lives outlandishly off their parents’ money and flaunts it every which way they can, completely oblivious to their privilege. My parents always made it very clear to me as a child that we lived a privileged lifestyle, and that I shouldn’t take it for granted, but I still feared that one day I might wake up and find myself identifying with articles that blatantly state ‘I’m A Stereotypical Rich Kid And Am Proud Of It.’ I didn’t want anyone to think of me as an Elle Woods or Cher-type. (Yes, I know, in the end, they prove themselves to be more than meets the eye, but I still didn’t want that to be how I was viewed).

To ensure that I never got labeled as the rich kid, I tried to be as conscientious as possible about everything I bought growing up, even though my parents were paying for it. I was so worried about being judged for wearing nice things that I went so far as to ask my mom how much she was spending on my Christmas gifts. Growing up, this attitude rubbed off on my younger sister as well, and she became so scared of other people thinking of her as a rich kid that she didn’t like to invite her friends over to our house, which was 4,500-square feet, and had a pool.

The ironic part of all this is that we lived in an affluent neighborhood, where more than half of our classmates also had the means to be entitled, stereotypical rich kids. And unfortunately, many of them fulfilled that role. When I was in high school, the amount of brand new iPhones, brand-name leggings, expensive boots, and morning lattes that you would see in the hall was staggering.

When we hit the later years of high school, I saw classmates pull into the school parking lot in Mercedes and Audis on their 16th birthdays. My fear of being singled out dwindled, and I learned that my parents were not the type of people to put their income and our privilege on display for all to see. But then again, I too received a brand new vehicle (though not anything extravagant), and cringed when people from outside my school asked what year the car was. I didn’t have it in me to lie, so I begrudgingly admitted that it was the newest model. I was, and still am, embarrassed to tell people about my trips to Europe and Australia, even though they were great experiences that I cherish. The fleeting but noticeable look of surprise (or even envy) on someone’s face when they hear I went to Europe with my dad as a graduation present is not something I easily forget.

Now that I no longer live in that affluent neighborhood, my fear of being singled out as the rich kid has intensified. I’m in college, and I still receive a lot of financial help from my parents. I know a lot of people on TFD discuss how important it is to be honest about living a parentally-funded life, but I’m scared if I show people that my parents have money, I’ll be looked down on or harshly judged. There have been plenty of times when I’ve decided to forgo my nicer jackets that I’ve received as gifts because I’m too worried that someone will think I’m spoiled.

Each year, I ask my parents not to buy me anything expensive for my birthday, and I avoid shopping at overpriced health food stores, even though I know my parents would pick up my expensive grocery tab if I let them. I steer clear of bougie coffee shops at all costs, since it is arguably a rich kid giveaway to walk into class with a $5 latte every day, and I left my pricey winter boots back home when I moved back to school. I use my mom’s old Coach purse from the 90s rather than buying a new one (partially because the vintage look is cute and hip anyway), and I order my makeup online (the one thing I can justify splurging on) so no one will see me paying $50 for eyeliner and mascara. When my parents suggest going to an acupuncturist or chiropractor for some trivial back pain, I wince at the proposal. How am I supposed to look someone in the eye knowing I’m not even of the legal drinking age yet, but here I am spending my parents’ money on a sore back?

In reality, it’s unlikely that too many people would judge me for walking around campus in an expensive workout jacket. And even if they did, I shouldn’t really be concerned with what others think of me. But at the end of the day, I don’t want the stereotype of being a rich kid plastered onto me as soon as I walk into a room of strangers. I would hate having new friends think I’ve never worked for anything myself just because they saw my high-priced makeup inside a designer bag. I’m scared to be labeled as a rich kid before I even open my mouth and get to know someone new. I’m not ashamed of my parents’ money, or my upbringing. But I don’t think that the fact that my parents are supporting me while I’m in school should detract from who I am as a person. I never want my friends to feel uncomfortable that I can afford something that they can’t, nor do I want them to judge me for not having financial concerns right now. I just want people to get to know me before they make assumptions based on the year my car was made, or what kind of shoes I’m wearing.”