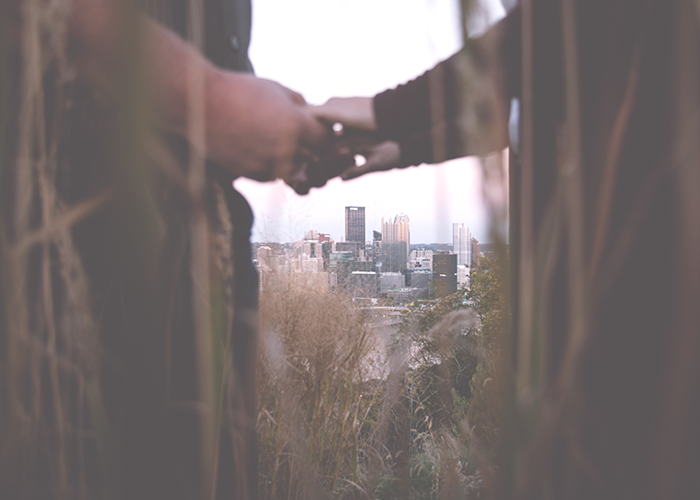 There are lots of different types of impulse spending. You can be someone who impulsively spends on bath products, or on fancy coffees, or on $15 salads even on the days when you remembered to bring your lunch from home. You can be someone who travels but doesn’t plan for it in their budget. But I’m not any of those — or at least, not in the way that you think. I spend on relationships. Specifically, on dead-end relationships, but always romantic ones, and never friend ones. I have never spent money on a weekend trip to visit my best friend in Oregon, even though I live across the country from her in New York. Instead, I’ve spent to go see a boy I once met in a museum (more cultured than it sounds, I assure you). I’ve paid to fly my long-distance ex to me multiple times. And it took me until age 28 to learn my lesson.

We’ll start at the very beginning: college. In college, I was in school in California, and my boyfriend was at school several states away. The great divide in our relationship wasn’t the distance, though. It was that he didn’t want to come to me. He wanted me to come to him, or he wanted me to pay to fly him out. The real divide was the financial divide between us, and how differently we saw things, and how much I was willing to invest in us, versus how much he was.

But young love prevails, and I wasn’t about to give up on our relationship, even though I was doing most of the financial legwork. So I saved and spent, and saved some more and then spent some more to keep our relationship alive. I’m too scared to go back and look at how much I spent, versus how much he did, but I can guarantee you that if our relationship was an investment in the stock market, I’d have a booming IRA by now, and he’d have jack shit. Just trust me: I was spending a lot, and he wasn’t. But this became my norm. This was just how it was. And this is how I came to define the relationship between love and money.

Our long-distance relationship miraculously survived through all of college, and when it ended, I was heartbroken. (It didn’t end because of the money, it ended because we couldn’t figure out a way to be in the same place after four years.) So there I was, fresh out of college, and newly single for the first time since I was 15. It plunged into dating full-force. I started getting set up on blind dates, and going out with men I hardly knew, but I was safe and careful, and I was having a fun time. The problem really started when I began dating men from a distance. I fell so comfortably into the mold of long-distance girlfriend that I never let the fact that the guy was from 400 miles away deter me from pursuing him.

Like I mentioned, I spent money visiting the guy from the museum. It took four plane tickets (two round-trip excursions) to realize that he wasn’t for me. And there went about $1,600. Then there was the guy who lived abroad. I only went to see him once, but the round-trip ticket to Germany was really not cheap.

My last long-distance mess went on for about nine months, and ended with the guy getting back together with his ex-girlfriend. And yes, it was pretty painful and cost me (in total) at least $3,000. He lived a plane ride away from me, and he came and visited me once in the six or seven times I went to visit him. It was hard when we fizzled at the same time he got back together with his ex, but at the end, I knew we weren’t working, and at that point, I was so sick of my old habits. I was tired (and emotionally exhausted) by how much money I was throwing down the drain, and I was disappointed in myself for taking so long to realize that I had this problem.

Finally, I gave myself an intervention, which involved totaling up all the money I’d spent on my last long-distance semi-serious relationship (the nine months guy). I wasn’t in debt, but I was using literally all of the money I could’ve been savings. So, by the time I stopped my frenzied relationship spending, I was 27, single, and had no savings.

It’s been about a year since the last guy and I ended, and that means it’s been a year since I spent on a dead-end relationship, or any relationship. I have actually been saving money, and it feels great to be building an emergency fund instead of just buying empty plane tickets. As a reward for my successful self-intervention, I am treating myself to one plane ticket in a couple months: to see my friend in Oregon. I decided it was time to start investing in the relationships that really matter.