The Financial Confessions: “I Moved To Europe To Avoid My Student Loans” 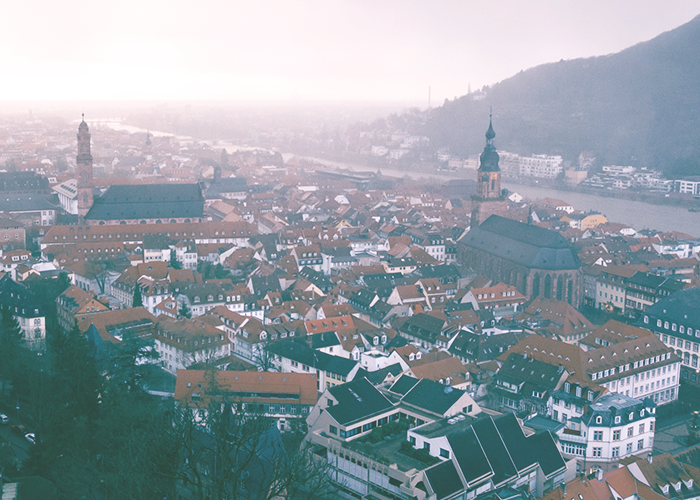 I grew up poor. Like, really, really poor. When it came time to go to college, I knew that there wasn’t going to be any financial help, and moreover, there was no way my parents could co-sign on any kind of loan for me. They both had terrible credit, and were in the process of going through a divorce, basically fighting for the scraps they both had. So when I got accepted to a very good program out-of-state, I knew that it was going to be up to me to send myself there. Neither of my parents had graduated from college, either, so when it came to choosing a major and planning for what I would do with that degree, they weren’t really much help. Between Pell grants, scholarships, some serious scraping, and the loans I was able to get on my own, I made it work. I graduated from my prestigious school with a double major in English and Marketing with just over $41,000 in loans to repay.

At the time, it felt like “not that much,” and I was sure that I would be able to make it work. But I had underestimated how hard it was going to be to find a well-paying job in my field, and even though I had near-perfect grades, I became one of those statistics about a millennial majoring in a “useless” degree and finding herself on the other side, without a career.

My loans were costing me nearly $700 a month, which was much more than I could afford, and I was finding myself going into credit card debt just to live while my loans continued to barely go down. (Yes, I tried refinancing and income-based repayment, though probably not in the smartest way, but neither of them worked.) I was feeling desperate and angry, and frankly resentful. I hated that, because I grew up poor and had no help or guidance when going into school, I was left in this position, working shitty jobs in a town I hated while the more privileged kids in my school were off in some big city with huge rents and little or no debt to repay every month. I could feel myself becoming bitter. After about two years of waiting tables, continuing to intern, writing an unsuccessful blog about my life, and doing the occasional freelance project for local small businesses in my town, I decided I needed a change. I decided I needed to do something radical.

What I’m going to say now is not a recommendation, or a role model story. I don’t think what I did was a good decision, per se, but I don’t regret it, either. It’s just my confession.

I took a job teaching English in Milan, Italy, and on the side, I found a small, part-time gig doing some communcations/marketing work for a small firm that worked primarily in English. I accepted both, knowing that it would mean about 60 hours a week for very little money (but no loans hovering over my head), and I bought my ticket. I got myself set up in a little studio apartment, covered the basics, and started living my life. It’s now been nearly three years that I’m in Italy (now I am full-time in marketing, though still doing somewhat lowly stuff, and don’t earn much money). But I have not made a single loan repayment in that time, and that freedom made all the difference to me.

At home, the calls and notices came and accumulated, and they’ve even reached me here in Italy a few times. But I’ve gotten honest with the collection agents when they call: I say, “I can’t afford this right now, and I also can’t afford to have it ruin my life, because I don’t have parents who I can fall back on to help me get an apartment or cover my bills in America. They day I can afford to pay this back, I will. I’m sorry.” I don’t know if they’re still reaching out in America, but I know for a while, they were trying to contact my parents. (I don’t know what my dad must have said to them, but considering he is a drunk who is himself constantly being hounded by collection agents, I can only imagine the phone call.)

I do have some intentions of paying this money back, but I also feel like I was born into a profoundly fucked-up system, and to be perfectly honest, I don’t feel all that guilty about not paying the system back. It’s hard for people to understand what it’s like in America to really have no safety net, and to know that your future is so dictated by the circumstances you came from, but that is my story. All of the opportunities that waited for me professionally were in cities I couldn’t afford even a month’s rent in while I tried to “make it work.” My friends didn’t understand why I couldn’t take internships during the summer to boost my résumé, because I had to work double shifts to be able to eat and help my mom with rent. No one got it.

Europe isn’t the answer to all my problems, but it did mean that I was able to do things without my student loans hanging over my head. It meant that I could get an apartment, that I could save a little money for emergencies, that I didn’t have to drain every spare dollar into a repayment for a huge debt that got me nowhere in terms of career (at least, not in America). Living here has meant that I have been able to somewhat enjoy my 20s, and has put an ocean of distance between myself and my family. Yes, I know that I am lying and cheating the system, and I know that I will go back to a decimated credit score even if I do pay it all back eventually. But it was a trade-off I was willing to make, because I saw how hard it was for me to just barely scrape by, and the pressures that hung over my head back in the States.

And, as a bonus, I am fluent in Italian now!

But in all seriousness, my story is just one of many. I don’t want to be some trend story or statistic about millennials, but I do know that my story very rarely gets told. Everyone hears I live in Italy and they assume I’m some privileged trust funder, or they hear that I ditched my loans and they assume I’m another lazy and entitled 20-something. No one understands that you can have a good degree from a good school, live in another country, have many outwards signs of privilege, and come from an incredibly fucked up background in terms of class and status. Everything I have, I’ve had to scrape for, and the decision I make allows me to breathe a little, where I never could. Yes, I moved out of the country to leave my loans behind, but I also moved out to be in a place where I had a fighting chance.

And I’m not sorry.