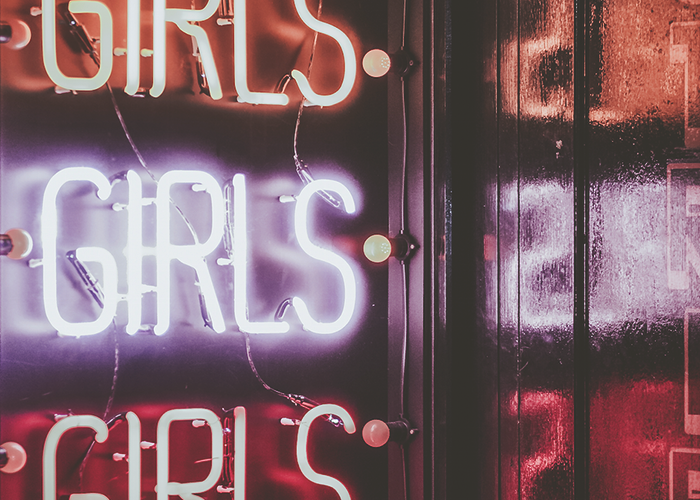 Let’s just go ahead and put it out there — sex injuries are embarrassing. Like, soul-crushingly embarrassing. They’re also completely unplanned. (Ideally, I guess? I don’t know your life.) The combination of the two typically creates a chaotic response. I remember my general mindset while I was in the ER being “I don’t want to give you details; I just want to get the fuck out of here.” But that impulse to shut down was working against my best interests. Accidents happen to even the most responsible people, and it’s important to be prepared. Fingers crossed the vast majority of you will never have to start your story to the paramedics off with “Well, we were having sex, and…” but just in case, here’s a little advice from someone who’s been there.

In true TFD fashion, my boyfriend and I have been throwing more dinner parties in lieu of spending an evening at the bar. We’ve got a few more friends on board, and we’ve been rotating houses and hosting responsibilities every weekend. On the night in question, it was our turn to host. So we had the crew over for homemade pizza, enjoyed some wine, and had a relatively tame night at home. (Entertaining in! We were being so responsible!) Normally, at this point, we’d call it a night and go to bed.

For all of our sakes, I’ll spare you the gorey details; but some weight got shifted while I wasn’t paying attention and pop! My knee cap dislocated. Now, before you start thinking that we were in the middle of some gymnast-inspired Kama Sutra shit, this was during good, old-fashioned, just-ate-way-too-much missionary. Don’t judge.

What happened over the next several hours was the ultimate comedy of errors. I howled (along with the pup we were dog-sitting) while my boyfriend shimmied some clothes on my naked ass as the paramedics struggled to get the gurney in our front door. (They never did. I got carried out wrapped in a tarp/body bag, which I had some feelings about.) I finally made it to the hospital about 3 hours later, where I was thoroughly medicated and put back together. I was referred to an orthopedist and prescribed pain meds and physical therapy.

When the medical bills started coming in, I was shocked. With the ambulance ride, ER visit, orthopedic appointments, and a couple months of physical therapy — our “tame night at home” ended up costing me over $4,000. I was under the naïve assumption that my out-of-pocket costs would be minimal. I had health insurance, after all! But I learned the hard way that there’s no special category for “injured themselves whilst sexing up their boyfriend.”

Thankfully, the only thing hurt in the long-term was my pride. (You try explaining to an all-male paramedic team that you dislocated a body part during missionary sex.) But I was still surprised as to how woefully unprepared I was for an emergency like this.

Here’s what I learned:

1. Get health insurance. I know this is harped on a lot, but this would have been so, so much worse if I wasn’t covered.

2. This is why you need an emergency account. For emergencies. During the course of my recovery, I purchased several knee braces out of pocket totaling a couple hundred dollars, as well as crutches, shoe inserts, medication, and other supplies. And while it hurt to spend that kind of cash, knowing that this is precisely why I had put this money away in the first place lessened the blow a little bit.

3. Ask questions. Even if you’re embarrassed! Your doctors, nurses, and physical therapists are a wealth of information, and they can help you navigate these kinds of situations. This was the first time I had seriously hurt myself while not on my parents’ health insurance, and asking questions saved me a lot of time, money, and confusion — even if I turned beet red every time someone asked me “Wait, what happened again?” My physical therapist told me that I should get ankle weights for my exercises at home, and when I asked about a less expensive alternative, she told me to just put some cans in a grocery bag and loop the handle around my ankle. It would accomplish the same thing. Boom. Money saved.

Even better? When my medical bills started flooding in, I started panicking. I was not prepared to part with $4k all willy nilly, so I called the hospital billing department to ask about a payment plan. Not only did they offer them to all patients, but all of their payment plans are interest free. All I had to do was ask.

4. Follow directions. This seems so stupid, but you’d be surprised how many people just straight-up don’t listen to their doctor. I, however, am a medical rule-follower to the extreme, and was willing to do whatever they told me to, regardless of how annoying it seemed. My orthopedist and physical therapist gave me a short series of exercises to do at home, increasing in difficulty as my knee recovered. I did them religiously, even though I was sore and exhausted from crutching myself around all day long. As a result, my knee recovered a lot more quickly, and I was able to skip my last couple of physical therapy sessions. I saved myself around $500 by just listening to basic instructions. Even if you are tempted to “nope” the fuck out of there, it’s still worth hearing them out and following through with their suggestions.

Now that I’m fully recovered and able to laugh about this, I’m realizing how lucky I am that this wasn’t much, much worse. Take it from me, if you ever suffer from a horrifyingly embarrassing sex injury, just remember to stay calm, ask questions, and follow directions. You’ll soon have a killer Girls Night story.