The Financial Confessions: “The Real Cost Of Being A Closet ‘Drunkorexic'”

By The Financial Confessions | Thursday, December 01, 2016 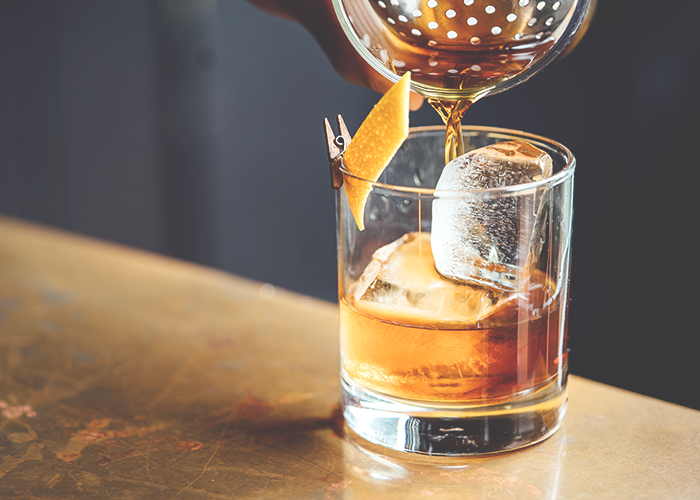 Do you know what “drunkorexia” is? I didn’t, and I had it. Basically, drunkorexia is when you eat very few food calories to make room for alcohol-based calories, because you want to be able to remain very thin, but you want to also drink, and booze makes you fat. Alcoholic drinks — especially the fruity cocktails I so loved after a long day at work — are loaded with empty calories and sugar, sugar, sugar. To maintain the weight I preferred to be at, given my lifestyle and caloric needs, meant that I needed to consume no more than 1800 calories per day. My after-work ritual of a few drinks was over half of that, and that ritual happened at least two days a week, followed by at least one weekend day where I would consume over my daily needs in booze alone. Before I knew it, my entire weekly eating habits were based around my drinking schedule. And depending on your definition — because there’s really no official one — I was a drunkorexic.

And it is an expensive thing to be, I can promise you. In the worst phases of my drinking, I was spending upwards of $300 on booze and the food I ate while boozing (which was always something along the lines of wings and cheesy fries I almost always regretted). I make a good amount of money, so I’m not going to lie and pretend that it fucked up my ability to live, financially, but it’s painful to think of all the things that I could have been doing with that money instead. And it also wasn’t a financial realization that made me stop everything: it was passing out at work one day because I had consumed nothing the entire day, because I was going out that night for a big dinner with lots of drinks with some colleagues. I was starving myself to make room for glass after glass of wine. I was eating abnormally — to the point that I passed out! — so that I could drink. And I knew that was a problem.

But since I’ve changed my lifestyle, it’s the financial aspect that’s been the most unexpected source of regret. I now drink relatively rarely, and I have a pretty regimented diet that forces me to get those 1800 calories in a healthy way. I know that some people would think that I should have gone to rehab, but the truth is that the lifestyle I lived was actually not that rare or different from the “average” skinny city bitch who likes her drink. You eat less, so you can drink more. You know that those martinis you love have about the caloric value of a huge chocolate chip cookie, so you make trade-offs. And I have been able to readjust my life for over 10 months now with relatively little struggle because my life was already “not that unusual.” Drunkorexia, in New York anyway, feels like more of the norm than the exception.

And that goes double for the money aspect. People go out because it’s considered the only socially-acceptable way to meet up with people, especially coworkers. You finish a long day, you want to team-build, so you grab some beers. Sometimes it’s on the company dime, but sometimes it’s not, and that doesn’t really change all that much, because what else are you going to do? Go sit in a park when it’s dark out and talk? There’s always someone who pushes the drinking, and everything follows. Same goes for dates, or meeting up with friends — with a few exceptions, drinking is just what you do, and the spending that goes with is so easy to spiral out of control. First it’s just a coupe hundred bucks a month, then it’s more than what you pay in rent.

My eating and drinking habits were expensive, and they were harmful. But the shocking thing to me is how easy it is to be closeted, how many of us are currently in the closet. How many of us go out to a bar when we can’t afford it because it’s a ‘special occasion,’ even though pretty much every other week seems to have one of those so-called events? How many of us go really light on a meal so they can go heavier on the drink? And how often do we do that? The culture of American drinking and eating, in my not-professional opinion, is what leads us to be sick. And it isn’t until you force yourself to confront something jarring, such as a destroyed checking account or googling a word like “drunkorexic” and seeing how much it fits, that you truly get how sick you might be. I don’t know how long I could have continued in my way of life if I hadn’t forced myself to put a label on it, but I shudder to think.

Our worst habits are almost always our most expensive ones, and maybe you need to take a look at your budget to see the things you don’t want to see. You might not be drunkorexic, you might not even have a “real” problem, but I can almost guarantee you’ll find something you want to change.