The Financial Confessions: “I Am More Respected As A Sex Worker Than I Am At My Office Job” 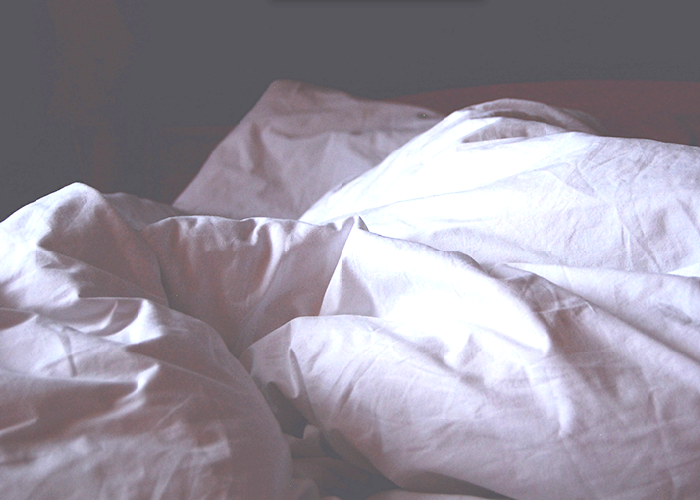 I’m getting ready to quit my office job. My job with regular hours, my own office, and room for promotion. Why? Because I’m treated better as a sex worker than as a manager. I’m by far the youngest in my office, by a few decades. This isn’t an unusual scenario for me, but lately it’s resulted in a complete lack of respect.

For the past year, I’ve been a webcam “model” (although why they call it that is beyond me, it’s a half-step away from being a porn performer) and it’s on the verge of becoming my full-time job. I entered the industry out of a mix of curiosity, exhibitionist spirit, and attraction towards the promise of five-figure-a-month salaries. There was no reference checking, no worries about what my irresponsible stint job-hopping after college would look like, no worry over the fact that I dropped out of said college my sophomore year, and no stressful interview competing with unknown people. The site I work for immediately boosts new women to the top of results, and I was wildly successful. The freedom, the limitless potential to earn, and — lets not lie, the free shit I’m frequently bought –had me hooked.

In my “real job,” I manage a large amount of financial data that relies heavily on reporting. 100% accuracy is of the utmost importance, and the workflow is very stop-and-go. Some days, I may be critiquing my files, double-checking things, and counting the hours until I leave. Other days, I’m ordering dinner while still at work, rushing under a deadline. All of this is an environment that I totally thrive with, and left to my own devices I would flourish. In the past six months or so, however, this flexibility has been sorely taxed. Projects that I had simplified to six steps now take twenty, because I have three people looking over my shoulder every hour to check up on me, whereas I used to have complete autonomy over a project.

I started having fantasies about quitting. I made a desperate attempt to improve my work situation, asking for more responsibility in my department, and somehow wiggled out a raise. Yet, despite my efforts to make myself a more valuable asset to the company, I wound up with more busy work. My efforts resulted in office whispers that I wasn’t doing my job properly, that there was no way I had enough free time for extra responsibility. Frequent questions would arise over if I had any questions, and was I finding the position a challenge. Unsolicited advice became borderline demands as if I’d never undergone job training (I did). Things that I had submitted after completion with no issues before suddenly came back with an insistence that it wasn’t right, despite the fact that I had an email outlining exactly what I had turned in.

I’m now being treated as a child, scolded instead of being given constructive criticism, and micromanaged down to how I categorize and file the mounds of paper that I oversee. It’s becoming increasingly apparent that the duties I signed on to perform are being wildly stretched, added to, and in some cases completely substituted. I’ve been scolded for taking lunch breaks, having personal emergencies related to critical health issues, and even had someone spread rumors that I was making out with my husband in our lobby (despite the fact that there are video cameras in said lobby and no evidence was ever brought forth). Every mistake I make is treated as a literal Armageddon, despite me witnessing and having heard of far more critical and grave mistakes made by staff who are still employed by the company.

The lack of trust my employers demonstrate in me is worrisome to say the least, crushing at its worst. I’ve complained to family members and friends that it feels as if I’m being nagged to do my chores as a child who doesn’t quite possess the skill to properly complete it without instruction. It’s no longer good enough for me to be handed a request and left to accomplish it in whatever method I choose. Every step I perform now brings about oversight and questions, even criticism. If it were software-based issues, and my choice of method negatively affected something, I could understand the frustration, but it’s simply not. All it boils down to is multiple people wanting their way, and getting it because they outrank me both in employment structure and years.

I have over five different people that I’m now required to answer to (I took the job under the premise of working for two senior managers), all wanting my attention and effort to their particular task at the exact moment they ask for it. Putting them off, and explaining that I’m already involved with something, is met with derision and being scolded for not dropping everything immediately for them. No one waits their turn, considers my current workload, and everyone wants to dump their busy work on me, from filing to making copies, despite the fact that we have an office assistant and an office manager. I’ve heard myself referred to “just the secretary” or even “the office girl” despite having the words “executive” and “manager” on my official company email signature and letterhead.

You might think that sex work would be full of sexist, disgusting remarks, clients who won’t take no for an answer. Images come to mind of heroin dens and desperate nursing students. The reality of it, however, was downright shocking at first. Clients will request if they can call you a nickname, ask at the beginning of a session if there is anything off-limits, and the regular ones are quick to defend me from the occasional creepy remarks. Sometimes they just want someone to talk to, and sometimes it’s overtly sexual performances or digital interaction. The site allows each woman to set up guidelines, advertise blatantly what she is/isn’t willing to do, and charge whatever amount she herself decides is fair. If I have a particularly busy night, I’ll raise how much I charge due to the increase in clients.

As a sex worker, I can set my own rules. I set my schedule, my boundaries, how much I get paid, the level of interaction I’m comfortable with, even what I want to be called and how I want to be spoken to. I can take vacation time, arrange my work hours to spend time with my partners, and not worry about disapproving frowns when making doctors’ appointments. I can demand to be treated with respect without fear of negative backlash, and if I’m not, I can refuse service or interaction with a client or potential client. I can stand up for myself without being seen as insubordinate and immature, confident that I can dictate interactions without being called difficult to work with.

I’m tired of not being valued as an employee, and treated like a child. It may not be the socially popular solution, and a small amount of worry does come with writing this that I’ll be found out, but I enjoy the type of sex work I do. I’m being treated with respect rather than disdain, and the pay is a hell of a lot better (try more than two times as much). Sex work is generally looked down, on and seen as degrading, but for all the negative social stigma, I’m treated better on-camera, wearing nothing, than I am in the office wearing “respectable” clothes. Tonight, I’ll undoubtedly be complimented, have people politely request things, and be asked for my permission, all while being appreciated for the effort I’m putting in. No more “young lady” remarks. No more bitch work. Just slaying.