The Financial Confessions: “I Sold My Engagement Ring To Pay My Student Loans” 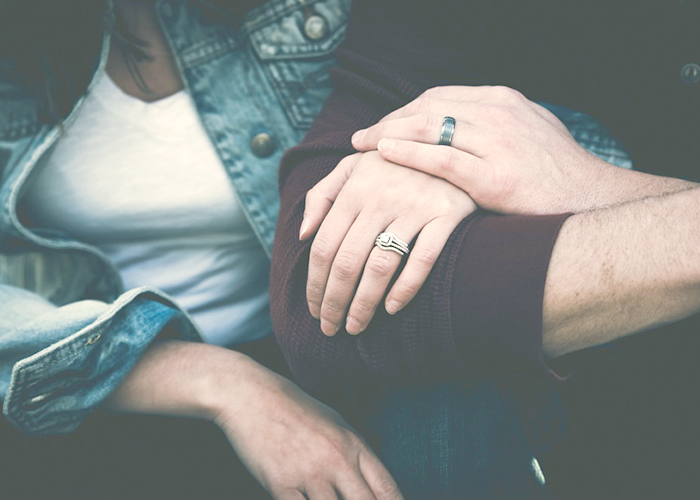 For as long as I can remember, I’ve wanted the “fairy tale” when it comes to weddings. I know that this probably puts me in a minority in the TFD community, and I can definitely understand on an intellectual/financial/feminist level why this approach to getting married isn’t a great one, but it’s what I wanted. I am the youngest of many cousins, and that meant a lot of my life was spent at big weddings, where everything felt magical and special, and everyone was gathered in one place. Being mostly Southern as an extended family, the traditions of the big white dress and the tent on the lawn and the fancy dinners were something I saw in pretty much every family wedding, and from the ages of six to about 23, I went to a total of 11 of them for cousins alone.

So basically, this meant that it was really important to me, when my “big moment” came, to have something similar. Weddings to me really did feel like that Disney moment, and the engagement was definitely part of it, right down to the ring. But when the time came that I was actually in a serious relationship with my now-fiancé for four years, and we were living together, in our late 20s, and both “the marrying type,” I started to call into question a lot of what I thought an engagement, and a wedding, “had” to be.

The truth is, I had over $80,000 of student loan debt from my undergraduate and graduate degrees. I should say that I don’t for a minute regret my schooling or my debt: I got a partial scholarship for a five-year, straight-through Bachelor’s and Master’s program from an Ivy League school that allowed me to land a great job right out of school in a field I am extremely passionate about. But my salary, even four years into my career, is still just under the $50,000 mark, and I live in a relatively-expensive city. So that debt is real.

My fiancé, however, has never had debt. He got a good engineering degree from a cheap state school, and between working through school, living at home, and having his parents’ help, he didn’t have to take out any loans to pay for his degree. He now has a very good government contracting job, and earns a respectable salary. This made his outlook on money always profoundly different than mine. My $800/month loan repayment is my responsibility, and I have taken on several side jobs before ever asking anyone for help (especially him). I knew that eventually we would combine finances, but even when we were living together, we still kept things very separate, particularly because of my debt. He always offered to help more than he did, but I have a very Catholic sort of guilt about that money — it’s my duty to repay, alone.

This meant, though, that my big fairy tale dreams about what a wedding would be, and an engagement, had seriously changed. I now wanted something simple and very cheap, and wanted people to give any gifts they would consider giving in the form of cash for student loan repayment, so that we could have a chance of buying a home in the near-ish future. I didn’t need some knife set from Anthropologie, I needed financial freedom, and so did my future husband. I had this discussion with my then-boyfriend many times, and we seemed very much in agreement, especially because he’d never had any dreams about a big wedding to begin with.

But when he proposed to me early this year on a surprise trip to a remote island in the Caribbean, he did it with what was an (objectively stunning) diamond ring. It was more beautiful than anything I could have imagined, and before I could even think about how much it cost, I was sucked into the moment and of course exclaimed “YES!” on top of crying a lot. We spent the rest of the week’s trip in a kind of haze, and the thought of the cost of the ring didn’t even cross my mind.

But by the time we were back in the city and fully into wedding-planning mode, it dawned on me: That ring looked like it was f’ing expensive. And his generally-expensive taste when it comes to clothes/accessories/etc (his rule is “I buy things to last, so I spend a lot”) convinced me that he probably didn’t skimp on the ring. So I sat him down and asked what he spent:

This is a ridiculous number by any standard, I know, but given the debt we had going into our life together, it was especially ludicrous. I tried to stay calm as I asked why and how he would spend that kind of money without asking me, when it could do so much to knock out a huge chunk of my monthly debt. He was really hurt at first, but eventually explained his rationale: it was something I was going to wear every day, and he wanted it to be special. He’d custom-designed it with an artisan jeweler he’d found online and actually drove six hours to New York City behind my back to work with the jeweler in person. I was touched, of course, but I couldn’t let that money sit on my finger. I needed to do something with it.

But I’d already done the famous “ring pic” on social media and shown everyone how wonderful it was, especially my huge Southern family that wanted to see and hear every detail about my fairy tale moment. So what was a girl to do? The truth is that we found a costume jeweler on Etsy who recreated my ring exactly using non-precious stones, and we sold the original for a bit under the purchase price. The money he used for the ring went to wipe out the highest-interest portion of my loans, and I now treasure my replica ring (which cost me under $1,000, and is the prettiest thing I’ve ever owned), because I know it’s something he designed from the heart, and more importantly, something we chose to do so that our life could be more free and easy from day one as a married couple. I respect the emotion it took him to agree to sell that original ring, and it made me love him more than ever.

I don’t tell family and friends about this, obviously, and they think it’s the same ring, because I don’t feel like dealing with the questions and judgments. I am confident in my choice, and don’t regret it for a second. If you are ever hesitating on making a similar financial compromise when it comes to weddings/jewelry/dresses/etc, I definitely recommend choosing the financially-savvy option. My wedding is still going to be a fairy tale, and my ring is still a dream. I’m just not putting my financial health in jeopardy to have those things, and that makes them even sweeter to me.