The Financial Confessions: “I Stumbled Into A Windfall Of Cash, And This Is What I Did With It” 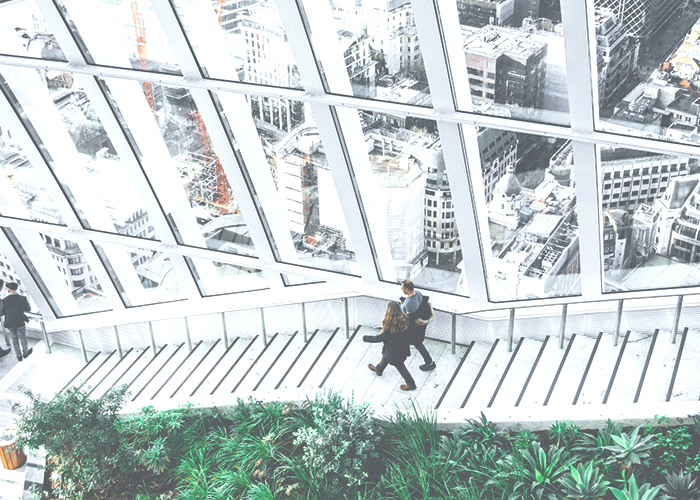 Recently, I came into possession of $24,552 — the biggest lump of money to ever hit my checking account. Watching the number pop up on the screen of the ATM, nestled in the front entrance of a hot and dusty bodega on 3rd Ave, completely took me by surprise. I had been sipping on a Mexican Coke

and about to pay for my small basket of supplies before I realized I had no cash on me. But, I realized within those next few minutes that I had more cash now than I ever knew what to do with. (Looking back on it, I think I actually stumbled out of the bodega without paying for that coke, and kind of meandered off in the direction of my apartment with a completely blank look on my face.)

I was 25 years old, living in Philadelphia at the time. I was in a very odd place because I didn’t like my job at all, I knew I wanted to move somewhere else, and I was just dumped by a guy I had spent nearly four years with. I think that before that money fell into my hands, I had been looking for an out from my current life — something drastic that would shake me up and force me out of my comfort zone so I could take my life in a new and fresh direction. I had spent the last three years hanging around in Philly after graduating from Drexel, University, and I felt a profound lack of direction. The closest thing I had to a “plan” was moving to Seattle, where my best friend had recently relocated for a marketing job at a health food startup. After my boyfriend broke up with me, I felt like I had been uprooted from my former life and left to bob in the ocean of 20-something-ness.

It turned out that the windfall of money I had found myself on the receiving end of was deposited directly into my checking account by my mother. She had phoned me roughly an hour after the deposit hit my account, and with her voice soaring, explained to me where the money came from. She told me that her incredibly wealthy (yet also incredibly distant) aunt, who had passed away earlier that year, left her some assets which were now liquidized into cash. She was just now receiving money that was left to her — a portion of which was given to me as my parents’ only child. She explained that she was waiting on a number of things to get approved and for funds to be dispersed, but she could finally share the good news with me.

After I spent the better part of two days feeling guilty for receiving money from such a macabre circumstance, I felt determined to cherish it, spend it wisely, and stretch it as far as I could. I went back and forth for weeks just staring at it in my account, not spending a penny of it, and continuing to be cautious and frugal with the money I earned from my salaried-job. After one particularly teary-eyed Skye session spent with my best friend in Seattle, I made the decision that it was time for a real and drastic change. I, too, was going to pack up, drive my ass across the country, and relocate to Seattle.

The next several months were spent in a blur as I made plans left, right, and center, and I’ve never felt more productive or sure of myself in my entire life. I sensed, on a deep spiritual level (which seems hilarious to write, but it’s true), like I was making the right move. I gave my landlord notice, began condensing and purging my belongings, packing up what I intended to ship, found a new apartment (a two-family house with an upstairs roommate!), packing what I could fit with me in my car, applied for jobs (I planned to budget for an additional two-month buffer once I moved there in case I couldn’t find work immediately), and said my “see you soon”s to friends in Philly.

These are three of the harder financial things I tracked during my pre-move-to-Seattle:

1. Set up a six-month cushion to pay all of my bills.

This was probably the biggest thing I had to consider because it was one of the most important things I could do to set myself up in a healthy financial situation. If I was going on a long-ass road trip, I had to tally up all my major expenses and roll them into a lump sum that I would set aside in a savings account. (I didn’t include expenses like laundry, toiletries, makeup, etc.) These included:

TOTAL – $1,655/month
That meant I needed to stock away a total of $9,930 — let’s call it an even $10,000 — to cover six months worth of bills, so I didn’t need to worry about anything while I was first arriving. Yes, this was technically money that I was going to owe whether I experienced this windfall of cash or not, but I factored it into my budget since I planned to give myself time off. I was trying to make big life moves here, and I didn’t want to be burdened down by stressing out about every little thing. It was the only time in my life where I was going to have a chance to do something like this, so I was grabbing that challenge by the horns.

2. Maintenance upgrades for my car.

Since I was going on what was going to be an almost 3,000 mile road trip from Philadelphia to Seattle, I wanted to get things in order with my car. I got an oil change, a tire rotation, a new air filter

, and a timing belt, and I got the car washed and cleaned on the interior. That all ran me roughly $1,500, which I was happy to pay since it would be an investment in the health of the car for the long-term. I also budgeted $600 for gas, and another $400 for food on the road while I was driving. I also calculated that it would take me about 42 hours to make the drive, which would pan out to about eight hours of driving per day over the course of six days. This was going to be a hella long trip and I wanted to make sure I wasn’t exhausted, so I booked a hotel room each night along the way to have a place to shower and freshen up. At an average price of about $150 per night for the hotel, that ran me up another $900. What made the thought of this road trip bearable was the fact that I wouldn’t be alone — my mom would be accompanying me on the trip. This meant that we could have one long and drawn out goodbye before she had to face relinquishing me to the West Coast.

3. Budgeting for my new home.

So far, I’d portioned out about $14,000 for the trip, which meant I had roughly $9,000 left. I wanted to start a new life for myself, and furnish my home with things that I loved and felt drawn to instead of the old hand-me-downs I usually relied upon. I gave myself a hard budget of $6,000 because I had to buy some pretty big-scale items like a bed and a couch, a few lamps, and side tables. I took my time furnishing my new place and chose things carefully. In the end I was just shy of my original budget by $200. Pretty damn good.

In the end, I had a few thousand as a reserve in my account, which I flowed into my long-term savings. I got a job at an advertising agency, and spent weeks exploring my new city in bliss. I THOROUGHLY enjoy living here in Seattle, and I’m glad I made the move. Some people thought I was totally insane to spend such a large chunk of essentially “free” money on something as risky and unsure as a cross-country move, but it couldn’t have been a better choice for me. I needed something drastic to wake me up from the funk I was in, and I knew it would have to come in the form of doing something like moving. I’d spent 26 years of my life with more-or-less the same people, hanging out in the same bars, visiting the same places on holidays and vacation, and this move was a breath of fresh air for me. I can’t say it would be the right choice for everyone — hell, most people tell me they would have blown a few thousand on clothes and makeup as the ultimate Treat Yourself — but this felt so. much. better. And, the drastically rerouting my life onto a positive track is something I might never have the opportunity to do again.