The Financial Confessions: “I Waste Money On Vacations Every Year, And I Don’t Regret It” 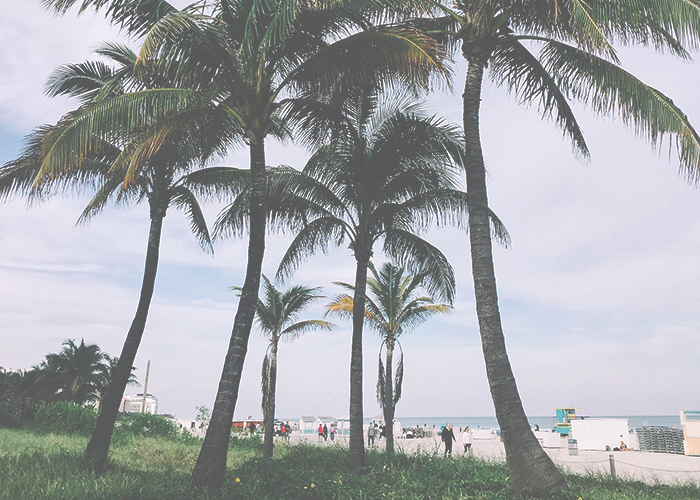 The other day, I was reading an old article on a popular personal finance website I won’t name because… I don’t believe in hate-linking things. But I was reading the article and I immediately felt very guilty and judged, because it was a discussion of how much money people waste every year on vacations. We spend on travel, on accommodations, on going far when we could do a staycation, on excess spending/eating/drinking because we’re in “vacation mode” while we’re there. This article proposed a bunch of ways to cut costs as summer travel season approaches, and many of the commenters were bragging about how they’ve eliminated their vacation budget altogether in certain years, working towards a bigger money goal.

I get this, and I respect their choices, whether it’s to severely cut back on the amount spent traveling, or to not travel at all. I even respect people who choose not to travel at all for extended periods of their life because they’d rather put that money elsewhere, even though I could never see myself doing that. Different strokes, I guess.

But what made me feel so guilty was the tone in which this was being discussed, because people like me — ie, middle-class people who spend thousands a year on vacations — are the cautionary tales. I am the wasteful person against whom these people are comparing themselves, and feeling smug in the process. I am the one who is making the foolish financial choice, I guess, and because of this will have a smaller nest egg, no property in my 20s, and won’t be getting rich quick any time soon.

So what was my solution? Logging off the site.

Because the truth is, outside of my momentary feeling of financial inadequacy… I don’t regret my spending on vacations. I have my trip this summer all booked up, and I’m flying to Spain for five days with two friends, then hitting Italy and Corsica before flying back home from Spain. In total, it’s just over two weeks, and between the flights, AirBnbs, and budget for shopping, drinking, and eating, I’m in for $3,800 in total. That’s a lot of money. I know. I could spend that money in other ways. I know. I will only make just over $50,000 this year. I know. But that $3,800, which I partially saved through doing my yearly “vacation hustle” which involves me doing a few side projects to earn an extra grand in the first two months of the year, is the best money I’ll be spending this year.

I am not a “traveler” in the way people like to think of themselves, because I don’t get a thrill out of roughing it for a couple months and backpacking/couch surfing around a continent. I will pay extra money for a nonstop flight, as well as sometimes an Economy Plus seat, and I will opt for the better airline because it offers free booze with your meal in coach. I will sometimes even buy myself a drink or two on the flight if I’m feeling frisky. I like hotels and nicer AirBnbs, where everyone has their own room and it’s well-located. I’m picky and like comfort. I love travel, yes, but I love vacations. I love that time of year where everything is taken care of and a little nicer than it usually is, and that could happen in Italy as much as it can (and has) happened in the continental U.S.. My trip to Miami last winter with my best friend set me back $1,200, but I don’t regret a dollar of it.

And among the dichotomy of people who “cut out travel spending as much as possible to invest and be super-wise with money” and “people who travel,” I think there is even a third distinction. There are people who love travel and want to hack it as much as possible to see and do as much as they can, because they want every possible experience and sight seen. But there is a category of us who just love to fucking relax, and are willing to spend the extra money to do that. And our “experiences” are no less special because we’re not sleeping on a floor in Tibet and traveling via the shittiest possible form of transport so we can squeeze an extra destination out of it.

Am I a pampered brat? Maybe. But I enjoy myself, and how I spend my money.

If you’re like me, I don’t think you are a cautionary tale, and I don’t think you should be embarrassed or feel superficial. I know that I could be putting several thousand dollars more into my 401k each year if I seriously cut back, but then I would have been cutting out my best and most fulfilling memories from that year, and I wouldn’t have had the powerful, important re-charging session that my vacations provide. I have a stressful, demanding job, and if I don’t feel like I’m truly able to unplug and just enjoy myself during my travel, I burn out very easily. I need that time, and I’m not ashamed of it. If I feel like I have to scrimp and squeeze for every part of my trip, it’s not a vacation anymore. And that’s just the way I am.

So yes, maybe I am not a frugal traveler. Maybe I could be smarter with my money, and I’m screwing my future self out of a better life by taking my relatively luxe vacations now. But I have never regretted a moment of them, and I will be glad to look back on every year’s trip as well as look forward to the next year’s. I am not perfect with money, but I’m happy, and that matters to me right now. I could be more perfect, but all I know is that I am counting down the days until my trip this summer, and no one can take that from me.