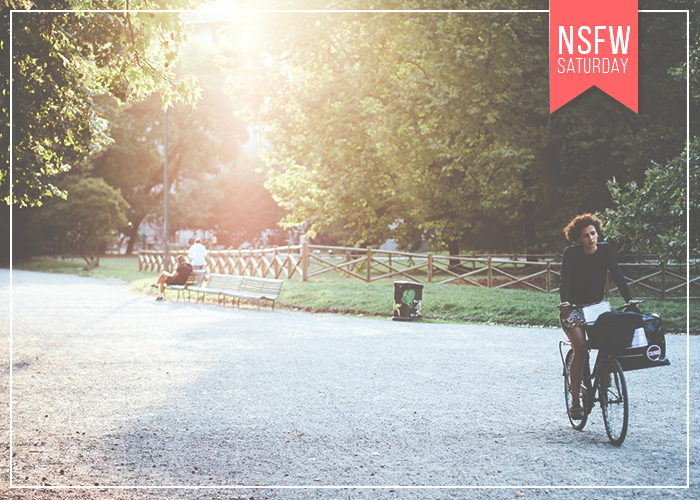 Want to share your NSFW money story? Send it to submissions@thefinancialdiet.com with the subject line “NSFW Saturday”

For this, all of the women in my spa are like me: educated, sophisticated, and mostly white. These are the dynamics of the food chain in my industry (and in many others), and I don’t for a minute excuse the fact that the predominantly-immigrant spas in other parts of town are run more shoddily and treat their employees much, much worse. Part of the problem with sex work is that it recreates a more intense version of the castes that exist everywhere in a capitalist society.

Because I am white, college-educated, speak a certain way, etc, I will be treated as more human and more dignified almost inherently. I can make nearly $1,000 for my massage therapist salary on a good day, something unheard of for many of the other women in my line of work, depending on where they work. And again, I don’t say these things to excuse it, I say them to give you a perspective: “sex work” is a broad term that encompasses privileged women like me, and women who are being exploited and abused, and everything in-between. It’s our duty to separate the two.

And I am in the class of sex worker who can perhaps even perform the mental gymnastics to say she is not one. I have a degree from a good school (I majored in Comparative Literature, joke’s on me, I guess), I work a respectable office job four days a week, and I live a very “normal” life. What I choose to do — and we’ll get into that in a minute — doesn’t impact my sense of self because no one who knows me knows that I do it. I get to lie to myself because I lie to everyone, and because I know that the short- and- long-term gains of paying off $58,000 in student loans in a few years will be worth it in every respect, to me. It will enable me to do all the things I want to do (take a sabbatical to travel and write, teach in another country, afford a studio apartment in a neighborhood I love, because I hate living with roommates). It’s not a choice everyone would make, but it’s one I haven’t regretted yet, and I’ve been doing it nearly nine months.

But first, I’m sure a lot of you are asking yourselves what it means to be an erotic massage therapist. Basically, I’m not that different from a regular masseuse (including all the training we go through about how to be an actual, proper masseuse, and we are certified), but we do our massaging naked. We don’t actually masturbate the men or do anything sexual as part of our jobs, though it would be a lie to say that some of the women don’t do that as a way to earn a lot of extra money. I don’t feel comfortable doing that, so I’ve always limited my client work to the bare minimum: nude, no touching of my body, no touching of him under his little towel. It means that I’m missing out on a lot of money, yes, but that’s my personal boundary. And to people who would say, “Yeah, but you’re getting naked and rubbing down strange men for money,” I would say, “And that’s my choice. And chipping away at extreme debt over the course of 20+ years while making tons of financial and lifestyle sacrifices is your choice. Neither of us would trade places with the other, and each of us has our boundaries.”

I have a plan for how much I’d like to earn (it’s enough to pay all my debt and put away a solid nest egg, hopefully at least $20,000 in investment, plus an emergency fund, which I already have because Emergency. Funds. Come. First.). This means that I’ll be doing this job for at least another two years, probably a bit more. And again, I know that this isn’t for everyone, and that many people probably look at what they do and hold their noses. But I have big dreams for myself, and those dreams will require taking a lot of risks. As someone who doesn’t have a family I can fall back on if things don’t work out, I have to be my own safety net, and pay my own way for every little thing. I don’t resent this, even though obviously some people have it better, because I see the women around me who work just as hard and are just as determined, but who, because of who they were born, will live a life of extreme exploitation and oppression. Sex work has enabled me to understand my privilege, even in my disadvantage.

Would I recommend my job to a woman in a similar position to me, who wants to pay down her debt as quickly as possible? Maybe, it depends on the woman. I know that doing what I do takes a certain amount of swallowing your pride and getting over your squeamishness, and not everyone is capable of doing it. I have always been a very pragmatic person who looks at the risk vs reward, and for me, massaging some old, fat finance guy in a sleazy suit, even while I’m naked and he’s staring at me, is very worth it when I walk out of the spa at the end of the evening with a fat stack of hundreds and put it all towards my future. And when I’m on “cocktail” duty and bring men drinks, towels, and other things — also while naked — it’s even easier. I don’t mind being naked and never had, and in many ways consider the fact that my body makes money this way to be an advantage to use.

I am not someone to be pitied, but I am a realist: I know what I’m doing, and know why I don’t tell anyone. I know that there is a trade-off I’m making, and a big part of that is not being able to be honest with a lot of people about my work, because it would destroy their perception of me, and therefore my reputation. There are many things about my work that aren’t ideal or would be repulsive to people, and I accept that. But I don’t need to be rescued. So don’t bother throwing me a life raft.