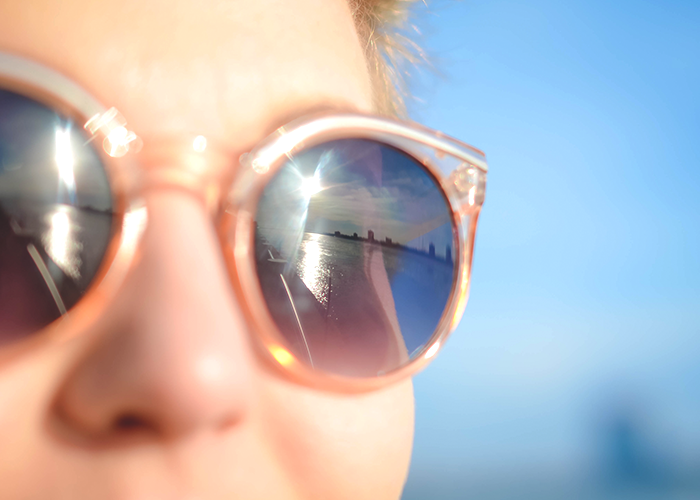 There’s always that one girl in a group of friends that’s always down for anything and everything. If you’re looking for a dinner companion, a movie date, or a partner on the bar crawl, she’s the person you’d call up for a guaranteed “yes.” In return, you’d be able to join her journey of having the best, most Instagram-worthy adventures.

Throughout my college career, I would try to be that fun, impulsive, “here for a good time” girl. Zoo trip before a final? Done. Drive up and down California in 12 hours? Done. Go to Coachella while recovering from the flu? Done, thrice. Admission fees or gas prices or upcoming rent didn’t deter me; I would put it on my credit card and come back around to it at the end of the month. So what if I didn’t “earn” it? I just didn’t want to miss out on a good time, no matter what it may be.

Flash-forward to my college graduation, when I was about to enter the real world with no job, student loans I’d forgotten about, and a credit card spilling over the spending limit. I spent my last $80 splitting a hotel room in Las Vegas for a spontaneous weekday trip with my best friend, and had a panic attack over cancelling plans to go snorkeling

in La Jolla the next day (both events I didn’t really care to do). For the first time, I tapped into my small savings account, and realized I couldn’t even support the basic essentials. That breaking point made me take my summer seriously — applying to jobs, working side hustles, and “getting it together.”

A few months later, I finally landed a big girl job with a salary and benefits. Thanks to a steady paycheck and religious reading of TFD, I created a budget, with the goals of paying my student loans and building an emergency fund. I ended the year with the impression that I could still have a good time in 2017, if I planned ahead for it.

When my best friend texted me at the start of the workday, I had a feeling it was going to be something good. “COACHELLA LINE UP IS OUT,” she screamed at me via text, leading me to jump into the social media sphere that was gushing over Radiohead, Beyonce and Kendrick. I loved the lineup, and my best friends were on a tweet frenzy about going, so why not go? Best part? I’ve been before, so I could use my old experiences to save some money along the way.

“So how much is the ticket? When does it go on sale?” I asked my best friend. I was positive I could save up and fit it into my budget if I had enough time.

My heart dropped. That price tag was more than half of my rent, and it didn’t even include lodging, food, and gas. I definitely wouldn’t have the extra money in a few months, and especially not by tomorrow. My credit card was still recovering from my college recklessness, and my emergency fund didn’t cover concert tickets. As each hour passed and I got closer to “tomorrow,” another friend of mine would make plans to buy a ticket, or I would notice another artist I loved on the lineup. But that didn’t mean my budget would suddenly bend to accommodate this new want.

When “tomorrow” came around and I didn’t buy a ticket, my friends were shocked. After all the people they thought would go, they assumed it would be me. “Who even are you?” was a joke thrown at me, but I could read between the lines for the real message: When did your priorities change?

A part of me was bitter for deciding not to go. In a way, I felt guilty for abandoning the side of me that was adventurous and spontaneous. Making a responsible decision felt like selling out to “adulthood,” and giving up on a good time. People expected me to be going and in a way, I disappointed them. But if there’s one thing I’ve learned about attempting to reach financial stability, it’s to not let other people guide your spending. When I realized I didn’t want to go to Coachella bad enough, I didn’t let the fear of missing out drive me to impulsively spend so I could do what my friends wanted. For the next trip I go on, I want it be something I’ve been planning for me, not anyone else.

Yzzy is a recent college graduate living in Los Angeles. She works in media and is faking adult life until she actually figures it out.