What My Full-Ride Scholarship Really Cost Me 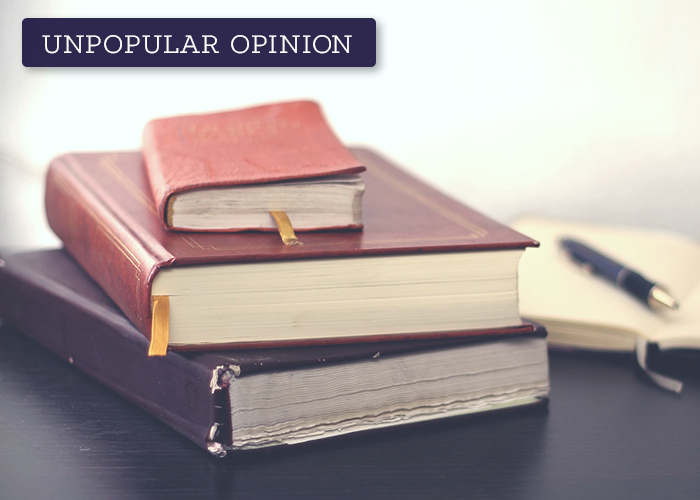 College-bound high schoolers have a lot of factors to weigh when making the decision about where to attend college. They range from location, campus, number of students, living arrangements, programs of study, cost, and where they’ve been admitted. For me, the decision was significantly simpler than that: I applied to two colleges, and the first was because my parents thought I needed practice filling out an application. In reality, I narrowed down my search with two characteristics: how much academic aid I automatically qualified for, and whether I could play my sport, volleyball. When a private liberal arts school offered me a scholarship covering the full cost of attendance (tuition, fees, room, and board) and the coach said he wanted me, it signaled the end of my college search. I visited, of course, and waited to make my final decision until after that, but I hadn’t thought about any other options, and I didn’t really plan to. Now, as my remaining time as a college student dwindles quickly, I’ve been forced to reflect on how that decision has affected the course of my life.

So many other college students (and their parents) tell me I’m lucky that I don’t have to pay for my degree. In many ways, I am incredibly lucky, and I’ve had a lot of advantages that others haven’t. I have parents with very high expectations who encouraged me not to work (and were in a position to do that) during my high school semesters; they always said that my job was to be a student and get good grades, which let me focus on doing well in school. I never really had to worry about whether I would be admitted where I applied, because I had great grades and didn’t aim for the Ivies. I am very lucky that I get to play the sport that I love at the collegiate level. But above all, I have the privilege of not having student loans because of my education, and I understand that many people do not have that option.

I know I was lucky to earn a full-ride to college. I use the word ‘earn’ to remind myself that I worked hard for a high GPA and ACT scores that qualified me for a very valuable scholarship, because sometimes I feel like my scholarship and my college education were handed to me. I definitely did not understand the value of it when I was younger, but as I’ve made payments to my college for the first time (for a parking pass and *vaguely* upgraded housing), I’ve come to appreciate it much more. I’ve paid less than $500 to my school in total, and I’m still grouchy about handing my money over to them.

With all of this being said, it burns more than a little bit when people tell me I’m lucky. I don’t feel like I got lucky with my college, and I don’t think there’s a dollar amount that could make me feel like I did.

I go to a school with less than 1,500 people, in a town of 10,000, halfway across the country from the city I grew up in. There are few options for degree programs, classes, and professors, all of which tend toward sub-par quality. In my college town, there is no movie theater, bowling alley, mall, or downtown area. We have a Walmart and a Wendy’s, and not much of anything else. When I was looking at the college, I tried not to think about these things. I told myself that the college was about the size of my high school, where I always felt small and insignificant. Surely this school couldn’t be too small for me, could it? (It was.) I convinced myself that an hour’s drive to the next city wasn’t that big of a deal, even though I wouldn’t have a car on campus yet. I thought I would make friends from the area who wanted to get out of town. And I did, and we did, occasionally, but then we would go back ‘home’ to our Walmart and Wendy’s. I was so excited for the small classes and the chance to really get to know my professors, until I realized that meant a strict attendance policy and not being able to hide from anyone in a class with only six people.

I did what everyone tells college students to do when they’re not sure their school is the right fit — I gave it a chance. I joined a writing club, became the vice president of a campus honor society as a freshman, went to fraternity parties, made friends, got a campus job, played my sport, and attended football and basketball games, campus bingo nights, and open mics. As a sophomore, I accepted a bid into a sorority, and soon began serving in an important position within the chapter. I got a second job, paid for a slightly nicer room, became a student editor for the school’s literary magazine, and spent a fair amount of Saturdays at 2 AM eating hash browns in a Waffle House with other students. I did college.

But every time I drive away, I feel like I can breathe a little easier. Every time I go home for a college break, it gets a little bit harder to pack my suitcases and head back to school. Every time I get out of town for a while, I dread the moment when I have to turn around and set the GPS destination to ‘college.’ I can’t pinpoint one specific thing I hate about my school, or the town, because it’s a lot of things. I think about how nice it would have been to go to school closer to home, or to a bigger college, or in a bigger town. I think about the kinds of classes and clubs and experiences I’ve missed out on because of where I chose to go to school. I even think about my health. As someone with chronic inflammation and difficult food allergies, every day is harder because my school-provided meal plan doesn’t include much I can actually eat.

I also think a lot about the fact that I won’t have any debt when I graduate from college, unlike so many of my peers. I am grateful and appreciative of that, more so than ever before. But I still deeply, completely, and utterly regret my decision to go to college where I did. Sometimes I think that I’ve ruined and wasted my college experience by focusing on responsible things like academics and finances, instead of what would have been more fun or made me happy.

In the personal finance world, a lot of people recommend spending money on experiences, instead of things. That’s something I’ve really internalized. I’d rather spend my money on a weekend away instead of a new gadget, or go to a concert over a shopping trip to buy new clothes. While the main goal of college is my education (and the sub-par quality of that at my school is an entirely different can of worms), I can’t help but consider college an experience. And when I think about the fact that college is supposed to be one of the best times of my life, according to basically everyone, I wonder if I’ve made the best investment I could have.

Maybe the grass is always greener on the other side, and I would have spent my time in college wishing I was somewhere else no matter where I ended up. Or maybe I just didn’t spend enough time looking for the right college. Maybe, somewhere, there’s another school with a full-ride merit scholarship that I would have qualified for, with all the qualities that would have made me happier with my college decision. But maybe I chose to prioritize my financial situation over everything else when I picked a college and that’s just a decision that I have to live with, like my classmates have to figure out how to live with their student loans. In the long run, I know it will help me financially, but it has still been a challenging burden to carry.

Madison M. Darby-McClure is a college student with four names, three jobs, and most of an English degree. She is on Twitter.