What Happened When My Best Friend Didn’t Pay Our Rent 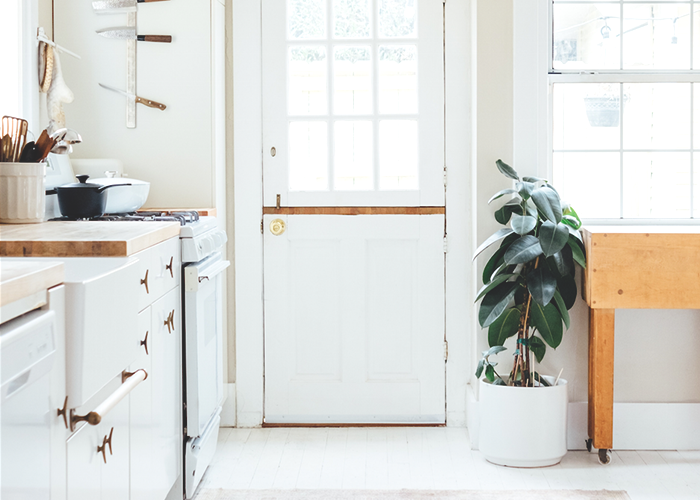 Last month, I got evicted, but it’s probably not for any of the reasons you would think. No, I didn’t forget to pay rent. No, I didn’t have five people living in my apartment illegally, and no, I didn’t commit some other egregious offense against my leasing company. In fact, I didn’t technically do anything wrong.

I suppose you could say that it all began months ago when I allowed my best friend and her family to move in with me. Or perhaps it began even before that, when I broke up with my boyfriend and decided to live with roommates at all. Or…well…I could go on and on searching for the beginning, for the first decision that led me here. But, for the sake of time, we’ll skip over almost all of that. Almost.

I take a few minutes on my lunch break to call my apartment office and pay my half of our rent for October. This is the last time I will be paying rent towards the apartment I’ve been living in for over a year now. My lease is set to be up October 23rd, and I have a place lined up on the 10th, giving me time to get moved out and take care of anything that might need to be done.

With my rent paid over a week early and my new apartment deposit already paid, I feel like I’m on top of this whole adulthood thing. I even have a few hundred left over. A good day, all in all.

I ask my roommate if they’ve gotten around to rent yet. I’m told that they’re going to be late. This scares me a little, as we’d been warned four months prior that we could not be late again — for a while, our apartment’s inhabitants were on a first-name basis with the office because of how frequently we called to tell them that rent would be late. After putting up with this for six months, they’d finally had enough. We were told that next time we were late…well, suffice it to say that it wouldn’t be pretty.

I ask my roommates if they’ve spoken to the office about it, discover they haven’t, and do it myself, ensuring that we’ll be okay.

I feel a tiny twinge of annoyance, remembering just a few days prior, when my roommate gushed about the ring her husband had surprised her with, a part of me wonders if that was the rent money they don’t have. I don’t ask.

My roommates, along with their baby, dog, cat, and smoking habit, move out. Before they leave, I’m told that rent would be just a little later, but for sure within the week. I believe them. I email the office again to let them know and continue packing.

I’ve moved. My new place is lovely, from the old hardwood floors, to the built-in shelving, to the ancient keyholes in every door. On the train to work, I text my old roommate, asking if rent has been paid. “Not yet, probably this Sunday.” I ask again if they’ve talked to the office and was met with vague assurance. For a few minutes, I sit and worry. Rent is now two weeks late. How many more days until an eviction notice is slapped on the door that none of us walk through anymore?

I call my mom and let my worries tumble out of my mouth. The tough no-nonsense woman that she is reminds me that I haven’t been evicted, and simply suggests to keep checking in with my old roommates to ensure it gets done.

I don’t follow her advice. After all, they’ve always paid before. It’ll be okay.

I sit at the wooden bar on the second floor of my favorite coffee shop. Sudden realization hits me and I text my old friend, “I just realized I’d never found out if rent was paid.”

A few moments later I’m met with a response; “I’ll check with my husband when I get home, it should be though.”

We discuss our plans to meet up the next day to clean the carpets and patch the walls of the old place, to get ready for the walkthrough. Things are good.

I’ve just finished writing five articles. I’ve updated my website’s homepage. As I celebrate in my head, my phone dings.

“Don’t worry about the walkthrough, they’ve already filed the eviction papers. I couldn’t pay the rent and still can’t, but I’ll get to it as soon as I can.”

I stare at my phone in shock.

My heart is pounding. I wonder if everyone in the cafe can hear it. Do they see my hands shaking? Can they feel the pit in my stomach?

I call my mom. I don’t know how I get the words out, but I do. At the end of the call, she says, “JoAnn, don’t let this get you down. You’ve been doing so well. This isn’t your fault. Don’t throw in the towel because of this.”

I stumble home, the 20 minute walk a blur, and spend the next day curled up in bed.

It is about a week later. Since receiving that text message, I have had one fight with my old roommate and received approximately six phone calls from my old building. Sometimes I wonder why they couldn’t have called before.

I sent my roommate the summary of move-out charges. She replied only with “WTF,” and when I sent back a text with a little more detail, helping her understand what had taken me a while to figure out myself, I received no reply. In a day or so, I’ll be reaching out again to discuss how we’ll split the cost. I’m hoping she sees the fairness in my plan.

I fear that I won’t be able to rent anywhere new for a long time. I had plans to move to Oregon to live near my family next winter…Will I even be able to find a place? Why bother paying an application fee when I’ll be rejected the second they see the tick next to the question about my eviction history? Will any number of letters from my old roommate and my current landlord even matter when it gets down to it? And my credit score that I’ve worked so hard to raise (up 80 whole points in the last year!) — I still do not know how much it will suffer, and I dread the day that I find out.

I know that there are some lessons to be learned here: Have a safety net. Be vigilant about rent payments. Don’t let trust blind you from reason. Ask questions. Do the work yourself. And I am grateful for what I have learned. Or at least, I am trying to be.

JoAnn is a 20-year-old living in Salt Lake City, Utah. Her favorite thing to do is sleep, but if you’re interviewing her she’ll probably say that she loves reading more than anything (which is almost true). Someday she plans to (not) retire running a 24-hour bookstore in Newport, OR, which she would argue is the best town on earth.