Here’s What Carrie Bradshaw’s Lifestyle Would Cost In 2016 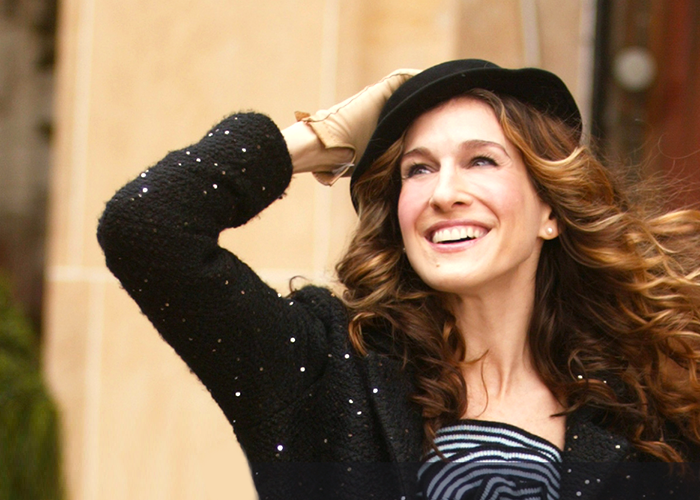 Ah, Carrie Bradshaw. Sex and the City’s protagonist, portrayed by Sarah Jessica Parker, is simultaneously one of the most beloved and most reviled characters of all time. We adore Carrie for her clothes, her hair, and her witty humor. We hate her for ruining New York City for us and glorifying the lifestyle that so many writers know is not glamorous at all. Where is the episode where Carrie sends 50 pitches in a day and doesn’t hear back? (Oh, wait, she barely knows how to use email.)

At any rate, we can’t really fault Carrie (or SATC in general for that matter) for every unrealistic expectation she might have put in our heads. In the show’s defense, the first episode of Season 1 premiered in 1998 — eighteen years ago. Life was quite different back then. So, with that, we decided to take a look at what Carrie’s lifestyle would cost to maintain in 2016. Warning: the numbers are pretty terrifying.

To start, let’s examine Carrie’s income. Carrie worked as a columnist for The New York Star, and her column was, of course, called “Sex and the City.” For all intents and purposes, let’s label Carrie’s career as being part of the journalism industry. In 2016, the median salary for journalists is $38,000 a year. Monthly (without even considering taxes and other withholdings) that is $3,166 a month. This is already not looking good.

While the actual filming location of Carrie’s apartment is located in the West Village on Perry Street, the fictionalized location was the Upper East Side. So let’s go with that.

A one-bedroom apartment on the Upper East Side in Manhattan is approximately $3,000 a month. We’re already completely over budget and we haven’t even gotten to the shoes yet. In the show, Carrie’s apartment is “rent controlled” (LOL) and costs only $750 a month.

According to the latest report from Numbeo, the average utility costs per month are $126.95. We’re bumping this to $150 because Carrie is most likely on the higher end of the spectrum. Considering that she always seems to be writing into the nighttime hours, she’s most likely using more resources than the average community member.

Okay, so 1998 Carrie Bradshaw didn’t have internet, but she had it by the end of the series. Plus, as a writer in 2016, you need to have an Internet connection. A solid cable and internet company would run Carrie about $200 each month.

Carrie Bradshaw’s cigarette addiction would be a huge drainage to her bank account each month. As of today, a pack of cigarettes averages $13 in New York City. If Carrie is smoking a pack a day, that’s $91 a week, or $364 a month. Yikes.

We rarely (if ever) see Carrie on the subway. The girl takes cabs literally everywhere. If it were 2016, she might Uber, but again, she didn’t know how email worked, so….

Carrie Bradshaw sure loves her cocktails! If you were to make a video that runs on a loop of all the times Carrie was drinking a cosmo, it would probably take an entire day to watch. The average cocktail in New York City is $15, so if Carrie has three cosmos on Friday and another three on Saturday — assuming she’s the one paying for them — that would be $90 per weekend, or $360 each month. (And, let’s be honest, she probably drinks on the weekdays too.)

We’re not sure exactly what Carrie eats for meals that aren’t brunch, since that’s the only thing we ever see. That said, her weekend brunches with Samantha, Charlotte, and Miranda are pretty routine. Their favorite restaurant looks relatively casual, so we can probably assume that she spends an average of $30 on each brunch. If she eats brunch twice per weekend, that would be $240 a month.

At one point in the series, Carrie admits that she’s spent $40,000 on shoes (and has “nowhere to live.”) Putting aside the fact that that’s absolutely mind-blowing, we can assume that she purchases new shoes a few times per month. (She is ALWAYS shoe-shopping.) If she buys new shoes three times per month at approximately $600 per shoe, that’s an extra $1,800 per month (more than half her rent.)

One thing is clear. If Carrie Bradshaw was existing in today’s world, she’d need a major lifestyle adjustment, or she’d go bankrupt in a heartbeat. We understand if she can’t give up her cosmos, so we’d recommend quitting her smoking habit A.S.A.P., and maybe start shopping at TJ Maxx.