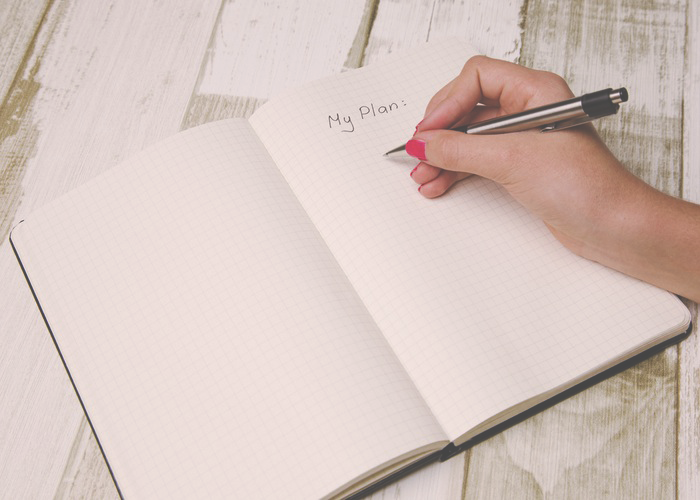 Tuesday was a big day for me. I’ve spent the last two years and 50 some-odd paydays trying to wipe out my debt… and now it’s gone. I didn’t pay it all off the “right way” or the “easy way.” I stopped tracking my spending a few times, went (way) over too many budgets, and made one decision that could’ve been a huge mistake. But nonetheless, I did it, and I want to explain how I paid off $30,000 of debt in two years.

In June 2011, I was maxed out with a little more than $28,000 of debt. I round that number up to $30,000 now, because of the amount of interest I likely paid in my first year of debt repayment. See, at the same time I started my blog and my debt repayment journey, I had just moved back in with my parents. Mom and dad thought I was at home so I could pay for school and graduate debt-free; they had no idea that, on top of what I owed them, my credit cards were maxed out, and I was paying off two other loans.

At the time, I owed them just over $4,400 for tuition they had paid for me. Because they didn’t know how bad the rest of my financial situation was, I made my first big decision in my debt repayment journey: to pay my parents back first, while letting my credit cards sit maxed out at $6,500. And that’s exactly what I did. While making only the minimum payments on my cards and hardly saving a penny, I handed over huge payments to the Bank of Mom and Dad. And after just three short months, I paid back the last of what I owed them. Of course, there is the argument that paying off the high-interest debt first is the best way to go, but it was extremely important to me to give my parents the money I owed them before paying off anything else.

Looking back, it’s easy to see that paying that first loan off so quickly is likely what inspired me to continue with the rest of my debt repayment plan. I learned that sacrifices had to be made and that my lifestyle had to change, but I reaped the rewards almost immediately. And fortunately, even though I paid them back every penny in just three months, my parents let me stay at home for six. I took full advantage of living at home rent-free by continuing to cut back on things I “wanted” and paying off a total of $10,000 by doing so.

On January 1, 2012, I moved back out into my own apartment. And I’m not going to lie: I was scared sh*tless about doing so. I still had about $4,000 of credit card debt and I didn’t trust myself not to rack it up to its maxed out status again. So, I started trying all kinds of crazy things I now refer to as “Financial Fad Diets.” First, I decided to live off cash. I gave myself $110/week for food, gas, fun and small necessities. But then there was the week I had to pay almost $30 for a pack of birth control, which screwed up my whole budget. Yeah, I gave up the cash diet almost immediately after that. Then I thought I would try to make a bunch of extra money by selling things I no longer wanted or needed. But then some chick tried to break into my apartment when I was home, and I decided it wasn’t worth it.

And then I did what could have been the stupidest thing of all: I took advantage of an offer to do a 0% credit card balance transfer. Sure, I had done the math and was confident I would be able to pay off the full balance before any interest accrued, but that calculation depended on the assumption that I would be getting at least a $2,000 tax refund. Anything less and my budget would’ve been ridiculously tight from then until July. Devising a plan that was dependent on a tax refund that was not guaranteed was my real mistake. Fortunately, I ended up getting more than $2,700 back. My 2011 tax return helped me reach a positive net worth and pay off my credit card debt once and for all.

Once I was free from all credit card debt, I became a little lost. I hit patches of debt fatigue, which is where a person grows tired of paying down their debt and just wants to have some fun. After a couple months, I finally made a new plan: to be debt-free before I turned 28. See, even though my credit card debt was finally gone, I still had two loans that I was chipping away at. For the first year of my debt repayment journey, all I did was make my regular payments on both of them — and neither was scheduled to be paid off until April 2014. But I knew that I could wipe them out before that. It just helped that I quit my job in September 2012 and moved to Toronto for a new one, where I then lived out the rest of the year paying only $600/month for rent. Taking on a roommate made a huge difference for my finances.

Without a doubt, 2012 was the year I changed my life. I made some mistakes in the process, but by the end of it, I was definitely heading in the direction I’d hoped to be in. I started 2013 with only $6,500 of debt left to pay off and my new debt-free date was June 7th. Better than being debt-free before my 28th birthday (July 7th), I wanted to be debt-free before I hit the two-year mark of writing my blog. And as the date crept up, my desire to be debt-free took over the rest of my financial goals.

For starters, I stopped contributing to my emergency fund and RRSPs. It didn’t help that I also decided to move back to British Columbia, which was another expense I needed to save up for, but savings, in general, just stopped being as important as becoming debt-free. My 2012 tax refund took another big chunk out of my debt, leaving me with less than 10% of my original debt. Then last week, when I realized I only had $495 left to payoff, I took some money out of savings and made my final debt repayment.

And now I’m here: at “Debt Zero.” And it’s only May 27th. My savings accounts are looking pretty sad these days, but they can only go up from here. On Friday, I’m going to get my first paycheck in my entire adult life where I won’t need to allocate part of it for debt repayment. I don’t owe anybody money. Well, except me. I owe myself $500 for what I took out of savings last week. But then my paychecks will be all mine.

Through my debt payoff journey, I have to say it wasn’t pretty, and I wasn’t always smart. Of course, there was risk associated with putting my savings on hold, though it made it easier that I already had an emergency fund and some investments. And I just knew I wanted to live a life without debt, so I made it happen.