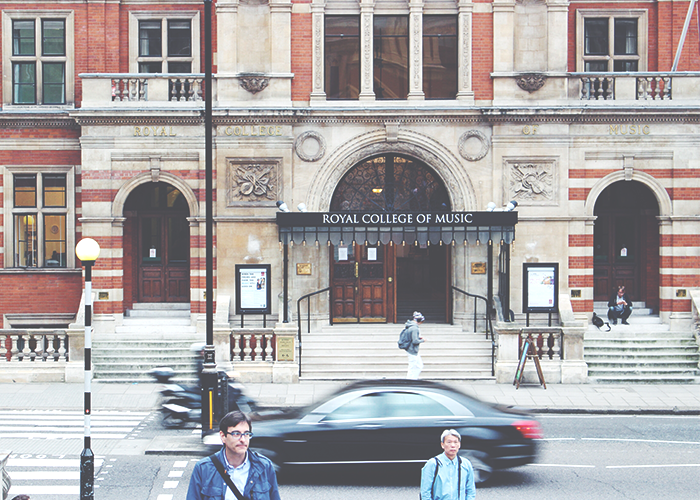 Growing up, I was the kind of girl who would sit during break and read a book instead of playing handball. My family would joke that I practically swallowed books whole. I realized my passion for writing early on and my family still asks me when my first book will come out. I majored in English during undergrad with a minor in art history, and after much deliberation, decided to get my master’s degree in the history and theory of contemporary art (a fancy name for modern art history).

I’m the first person in my family (including my extended family) to get a master’s degree. My mom, siblings, aunts and cousins all expressed their pride to me in one way or another. Even if they didn’t say anything directly to me, they often talked to my mom on the phone and told her how proud they felt. I knew I wanted to get a graduate degree because I love school. If I could, I would probably stay in school for my whole life. I also wanted to get a master’s degree so I could prove to my nieces and nephews — the next generation — that they could get theirs too, if they wanted. I wanted them to have someone to talk to about their higher education experience since I had no one.

But I underestimated the amount of pressure that would be put on me. I often wanted to quit grad school — for personal and academic reasons — but I was afraid I would look like a failure to my family. I didn’t want my nephews and nieces to think of me as ‘the aunt who tried to go to grad school and failed.’ I criticized myself more harshly than I would judge anyone else — dropping out from an academic program doesn’t mean your value decreases — and I almost packed my bags numerous times.

I knew some of my family members expected that my graduate degree would mean I could quickly get a high-paying job. On the one hand, the diploma would definitely help. And I chose to pursue an art history master’s because it was a requirement on all the curatorial assistant applications I saw. But getting a graduate degree landed me in an enormous amount of debt, and the program made me realize I didn’t want to pursue the career I thought I did when I started. During my graduate career, I kept freelance writing on the side and landed a major editorial internship. I somehow balanced my writing goals with my scholarly interests. The two definitely go hand in hand (you need solid writing skills to unravel some of the more complex art concepts), but I often felt like I led a double life. I worked on my thesis and even curated a couple of school shows, but I felt the most excited when I got a new byline, or received a check for my freelance work.

Once I finished graduate school, it became apparent that writing was still what I wanted to do. This realization didn’t scare me too much. I remember researching the Los Angeles Times head art critic and realizing he got his master’s degree in art history. I wanted to be where he was, so surely a master’s degree would help.

But that didn’t take away from the fact that I now owe thousands of dollars for a degree that I am not putting to use in a conventional way. When I graduated, I sent out maybe two applications for curatorial assistant positions or gallery attendant jobs. My heart just wasn’t in it.

So the trajectory that my family envisioned for me didn’t unfold as planned. Now, I spend my days freelance writing and doing social media work. It’s enough to pay for my rent, my bills, and food, but I cut corners where I can. I refuse to get a car until I am more financially stable and pay only a little over $100 for a monthly bus pass. I rarely go out to eat. I haven’t bought new clothes in months. I try to reap any little reward possible, putting most of my purchases on a cash-back credit card and looking for coupons for online purchases.

It’s not the glamorous, post-grad school life that I envisioned. Everyone takes a little while to get their feet off the ground, but I technically should’ve used my degree to get into one of the big art museums in the city, or eventually work myself up to a high position in a private gallery. Instead, I chose to pursue my dream of becoming a writer. I write about art as often as I can and pay my $400 student loan payment each month without being too mad about it. But in terms of my career, I made my choice a long time ago.

Eva Recinos is a freelance writer based in Los Angeles. She is less than five feet tall. And she is on Twitter.