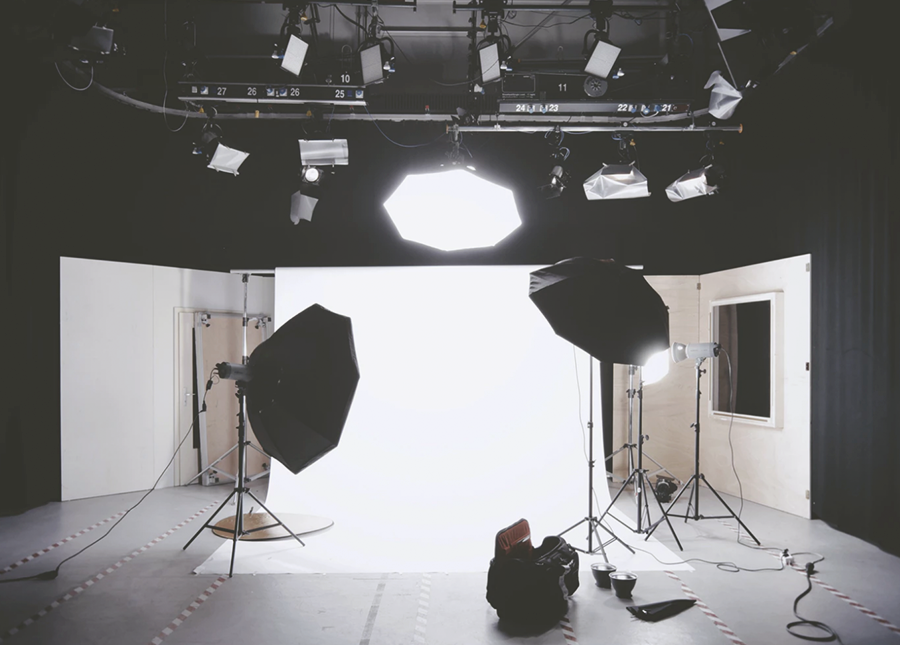 When I was an undergrad, I studied film, and one of my favorite classes was “Topics in Film and Popular Culture: Pornography.” I was fascinated by how such a massive, billion-dollar industry existed simultaneously in the dark and in plain sight. How could so many people know about something, but still not know anything about it? And even then, everything I learned about the adult film industry came filtered through the lens of academia. And while I’m personally of the belief that pornography is a form of art worth studying, classes on porn do very little to talk about the lives of people who put in the physical work of making it.

Recently, I had the pleasure of chatting with Jenny*, a 23-year-old friend of a friend who’s found a fair amount of success working as an actress in the adult film industry. Although I could have probably asked her a thousand questions, I focused on what I’ve personally always wondered when it came to sustaining a career in the business, and of course, what I know all of us TFD readers would be curious about the most: the money.

So without further ado, I present to you my Q&A with Jenny about what it’s like to build an entire career in the adult film industry.

*Jenny’s name has been changed to protect her privacy.

S:  Since everyone starts from somewhere, how exactly does one break into the industry? Are there any costs to getting started?

J: Well for me, I got into porn because I’ve always been a naturally open person my whole life, and someone who just…really enjoys sex. I think when I realized that it [sex] was something I could make money from, I figured, well, why not give it a try, you know? So when I turned 18, I started submitting my photos to [adult] modeling sites, and eventually, someone noticed me and asked if I’d come to LA to shoot a sex scene with an already established male performer. It sounds totally crazy, but within two weeks of that happening, I was on a one-way flight from Florida to LAX.

I’ll be honest, though, I had like, no f**cking money when I got started. I used what I got from my graduation to pay for the flight, but other than that, I think I had like $150 to my name when I got off the plane. I was broke. But I was also really lucky that I already knew people who lived here [LA], so I slept on couches for like three months before I finally had enough to comfortably stand on my own two feet.

Anyway, I made $1,100 from my first scene, which took around six hours to shoot. And then I met my agent and some other pretty “big deal” people in the industry, who then set me up with other people who wanted to book me for more work.

S: So, would you say a big cost is moving to where the work is?

S: That actually brings me to my next question, because I feel like people neglect to talk about the entrepreneurship that goes into working in the adult film industry. Do most people have an agent or studio they work with, or do you have to seek out scenes on your own?

J: So most of us are independent contractors. There’s not really too many performers who work for just one company, and the ones that do are usually the celebrity types.

As for me, I have multiple clients who do I do scenes for that my agent books for me. I usually make anywhere from $900 to $2,500 each time, depending on what kind of scene it is.

S: Could you explain a little about what a camshow is?

Anyway, you get paid like this: people who subscribe to a cam website can buy cryptocurrency that lets them tip performers during a show. Usually, these come in the form of tokens that are worth something like 8 cents each. The more tokens you’re getting during a performance, the more likely you’re gonna show up on the front page of the site and get more viewers, which means more money.

So that’s probably where the entrepreneurship, like you said, comes into play. Both myself and my fellow performers work really hard to maintain a following on social media, because ultimately, the more loyal fanbase you have, the more successful you’re gonna be.

As an example, some performers will do stuff like offer premium content and charge extra to do private shows for select viewers. This isn’t always on a cam site, some people use social media DM platforms, too. I’ve charged people for things like a video chat. The pay varies, but what’s nice about this is you have more freedom to set your own rate.

I know some people who charge $7.00 per minute for a private show and others who make $900 exclusively in tips for a two-hour camshow. And there are some people who only make $150 for six hours of work. It really comes down to how you market yourself.

But with camming, you also run the risk of your sh*t being recorded without you knowing and getting ripped off. And on top of that, being well-known or kind of famous doesn’t always mean you’ll make more money. There are plenty of assholes out there who refuse to pay for shit or care about the labor behind the content they consume. It’s sad, but it’s true.

S: Do you find it challenging to have a good work-life balance in this industry? What does a typical week look like?

J: Honestly, it varies. This week I spent two days camming for like, three hours each, but I also have a scene scheduled for this Thursday. That could take anywhere from eight to 10 hours of my day, maybe even 12 depending on what they need. I’ll probably take Friday and Saturday to myself, do some yoga, and go to the beach. But for the most part, I think I have a pretty good balance when it comes to separating work and real life, even though I’m constantly online interacting with fans and potential viewers. Then again, I’ve never had a 9-to-5 job, so I have nothing to measure this against!

S: When it comes to filming, do you have to pay for your work-related expenses like makeup, waxing, etc., or do you have a glam squad?

J: Haha, glam squad is a bit of a stretch, but as far as bigger shoots with a studio go, there’s usually a make-up artist and stylist. That’s not always the case, though. Sometimes my agent has to negotiate with producers about this, especially if a call time to be on set is really early.

And when I first started, I was doing my own hair and makeup and bringing my own clothes and lingerie to shoots. Honestly, that’s probably more of the standard, since way more people are putting out their own material.

But if you’re asking about things like breast implants, then, yeah, some women do invest money into that before they even join the industry, but that’s their choice. The same goes for waxing. Yeah, you’re paying for it, but I think, what, $120 bucks every six weeks isn’t too bad.

For what it’s worth, though, I do pay my taxes, just like any other professional. I’ve definitely made jokes about the business write-offs I feel like I deserve, like the hair extensions I got for a scene. But sadly, my agent told me they don’t count.

J: The easiest way for me to break this down is to tell you this: piracy is a bitch. When people watch videos from big tube sites that aren’t shared by a verified user, then that means the performer isn’t actually making any money. It’s all going to whoever stole it.

S: Was there a moment in your career where you felt like you had *officially* made it? How does it compare to when you first started working in the industry?

For me, I feel like the moment I got my first check in 2014 and saw that my first scene was out there on the internet, that was it. In a way, you could say it reaffirmed my decision to continue doing what I was doing, and before I knew it, I was booking my next job.

I wish I could tell you some story about how I spent years working my way up, but that’s the opposite of how this industry works. It’s way more like a revolving door than a ladder. Some people try it out and do one scene, hate it, and leave. But in my case, I got “discovered” pretty quickly, and so I didn’t spend a lot of time doing work for less than what I thought was acceptable. And part of that is just luck. I’m a thin woman with big breasts and European beauty features. I don’t have to put up with nearly as much crap as women of color in this industry, or even trans, or disabled performers, who frequently get fetishized and paid less for their work. And it’s bullshit.

That’s why it’s hard to really measure long-term success, because it isn’t fair.

And for all of us, especially women, there isn’t exactly guaranteed longevity in our careers. It annoys the shit out of me when people complain about how much we make, because they don’t understand how on top of the stigma we deal with, most of us have to set aside a good portion of income for the future.

I’ll be lucky if I get another six years out of my career, and I’ve already been doing this for four.

S: Last question: While there is sex in your line of work, you are also an actress/model since you work in entertainment. Would you give yourself that title, and do you think distinction matters within the term “sex work”?

I guess my worry is that the more we try and define what’s “acceptable” sex work, the more people are going to make excuses for criminalizing adults who do it professionally.

And obviously, I don’t support anyone who willingly hurts or exploits people. But I’m also tired of sex workers getting shit on for what they do and blamed for all of the bad things that happen to women. Women are being f**cking exploited everywhere, not just sex work. And if we’re all supposed to be fighting against harassment or inequality, then civilian society needs to stop putting adults down for doing work they choose.