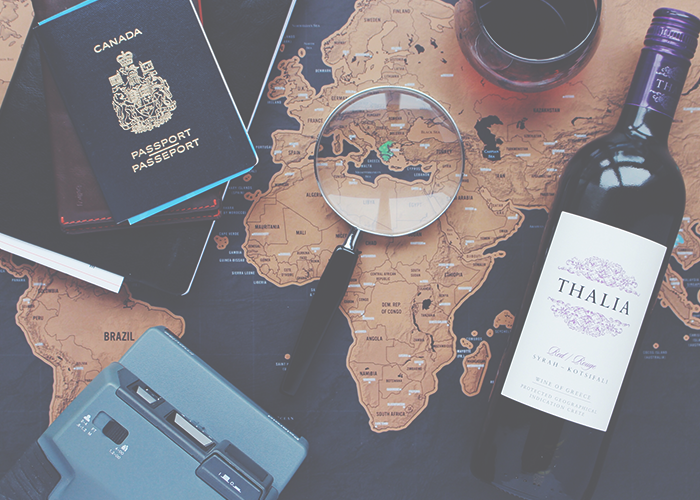 I’ve always lived in fear of failure. In school, it was worrying that I’d fail to get into the best colleges. In college, it was fearing my poor freshman year grades would keep me from getting a job. As graduation drew near, I was so worried about not getting a job, I sent myself into anxiety attacks and sleepless nights for the better part of the year.

Part of this comes from feeling like I lack a safety net. My parents live abroad, and haven’t supported me financially since college. In that sense, my post-graduation job hunt became the anxiety-riddled mess it did because I felt like failing to get a job in America would mean no health insurance, no chance of moving home to save on rent, and no one to catch me, financially or otherwise, if I failed. And that mentality has very much driven my short professional life, thus far, wherein sometimes I worry that I’ve made all my decisions based on fear, rather than on happiness. I chose to teach English in Turkey over an internship more relevant to my personal goals in D.C. because it guaranteed me a steadier paycheck. I subsequently moved to New York, a city I’ve never liked, because it was the best professional opportunity I could find. I’ve dodged chances to live with my partner in California, a place where the weather actively makes me a happier person, because I fear missing out on better professional opportunities in New York or D.C. These have all been the right choices in terms of paychecks and career goals, but over the past few years, I’ve also come to realize they may not have been the right ones for my personal happiness.

Don’t get me wrong, I’m very proud of the things I’ve accomplished and the places I’ve gone, but I’ve also spent a lot of the past year wondering what I’d be doing if I wasn’t afraid. Part of this is acknowledging that, for me, fearlessness is tied up in some level of financial privilege; being able to take risks, try things out, and do things that make me happy requires me to build my own safety net. If I’m really going to make decisions based off my happiness, I need to know that my bills will still get paid, which means ensuring that my emergency fund is intact and my career is secure. It’s an underlying fact of entrepreneurship, in my mind, that the ability to set out on your own, pursue your passions, or turn something you love into your full-time job is conditional on having a way out if it all fails, whether that’s a partner whose salary can pay the bills when you’re starting out, parents who can help chip in for the rent, or even just being independently wealthy. There’s a reason it’s difficult for those who start out financially limited to get ahead on their own.

And though I’ve always considered myself relatively good with money, the feeling of financial security is never one I’ve come close to feeling. I take a lot of pride in the fact that I’ve never had to ask my parents for money since I graduated, and I’ve always been able to cover my own rent and bills without help. This year, I also had to budget (financially and time-wise) for the cost of law school applications, which, between LSAT books and application fees, was a significant chunk of change on its own. This required working a full-time non-profit job (and a lot of overtime) which, combined with the law school application cycle, didn’t leave a lot of time for much else.

It hasn’t been the greatest year for my social life, but for the first time in a while, things feel like they’re under control. I got into law school, I’m preparing to leave my job, my 401k is in a good place, and I actually have an emergency fund that’s separate from my savings account. For the first time in a while, I have both the time and the financial security to try to figure out what I’d do if I wasn’t perpetually afraid of failing. And when I look back at the past few years, the experiences that stand out are not, by and large, ones I had in my cubicle. It’s the moment I first sold a freelance article to a major publication; the first time my S.O. and I actually talked about getting engaged; looking at the snapshots of all the trips I planned for myself living in Turkey. I may have a job that fulfills me professionally, but committing to it has also meant forgoing the chance to turn my passions into a financially sustainable way of life.

Over the past year, I’ve been putting money away specifically to fund what I like to think of as a “summer of happiness”: a time where I can take on opportunities and experiences because they bring me pleasure, without necessarily stressing about my paycheck. My goals are threefold. I’ve always loved traveling, and I’ve always wanted to have a stretch of time to travel alone. So the first part of my summer is a (mostly) solo trip through Southeast Asia. Second, I’ve always loved to write and to take pictures, but I’ve never had the time or energy to try to monetize either pursuit in a serious way. Having my living expenses covered will give me the chance to actually try out freelancing this summer without worrying too much about failing, or not making money right away. Finally, in achieving a lot of my professional goals, I’ve had to let some of my personal goals hang out on the back burner, the biggest being the ability to live in the same city as my long-term partner, a medical student in California. Therefore, after my month of travel, I’ll be spending the next two months living with my partner and trying my hand at a freelancing career.

Below is a rough breakdown of what I plan on spending this summer. (It is my very own version of Chelsea’s summer happiness budget.) My budget for things like food or going out are mostly based on my current budget, which involves a lot of cooking at home and drinking at happy hour prices, and the travel budget is based on what I know about myself while traveling. (I’m totally happy not drinking or partying a ton, and living off relatively inexpensive local food wherever I am.)

$820 for a round-trip ticket between Bangkok and New York (a sweet, sweet deal on Qatar Airways).

$583 on internal flights/buses/travel, mostly on budget airlines and overnight buses.

$400 for food because yes, a lot of SE Asia really is that cheap.

$500 for some of the “experiences” I’d really like to have, namely a trip to an elephant sanctuary in Thailand (squeeeeee), a couple massages here and there, and a street food tour in Vietnam.

$300 for souvenirs, going out, and what I consider “shit happens” expenses

$150 one-way flight from New York to San Francisco, home of the boyfriend.

$1,000 for two months of rent, split with aforementioned boyfriend. (He’s giving me a discount.)

$600 for my share of two months of groceries and the occasional Seamless, based on a near-monogamous relationship with Trader Joe’s.

This brings me to a total of $5,453 for roughly the three months of summer. I saved for my summer by setting up a $250 direct deposit per-paycheck to a high-interest Barclays savings account. I tend to add a bit more to the account in weeks where I work a lot of overtime, and I’ve also been depositing (the very small amount of) money I’ve made off my first forays into freelancing. I also got a decent tax refund this year, so most of that money made it in there as well. I’m currently at around $5.5K for the account, and I have two months of work to go, so I should have roughly $7,000 saved by the time I’m ready to leave, giving me a bit more of a cushion if I need it.

Being someone who’s traveled a good amount in the past has given me a better sense of what spending actually brings me happiness, and what doesn’t, and that understanding has really driven how I’ve budgeted for this trip. At this point, I know that I’d rather spend the money for a quick flight than suffer through a long bus ride, so other than some internal buses in Myanmar, I’ve largely built my schedule around where Air Asia will take me. I’m happy living off relatively inexpensive local food and not drinking/partying all that much if it means the ability to a) wake up early and beat the tourist hordes, and b) splurge on one really nice dinner at one point in the trip, at a restaurant I’ve researched and chosen well in advance. And I’m finally at the place where I no longer feel the need (à la eight-year-old Meghan) to frantically buy a bunch of tchotchkes to bring home. Over the last few years, I’ve started a pretty impressive postcard collection, which in addition to serving as great room décor, are probably the easiest souvenirs to carry home.

Nothing annoys me more than navel-gazing articles about how everyone should give up the cubicle life to ~find themselves~ by wandering the world in their 20s, and often the source of that irritation is the condescending presumption that one can afford — financially, professionally, or otherwise — to pursue their happiness over a traditional career. To have the freedom to travel, to blog on a beach, and to pursue your “passions” over a paycheck is something that does require many levels of financial privilege; you must have the ability to support yourself, not be weighed down by debt, be able to get yourself out of trouble if something goes wrong, and know that the gap you’re leaving in your résumé won’t one day impact your ability to get a job. I’m trying, for once, to find that sense of privilege and security with the full understanding that it’s limited by time and buoyed by the understanding that summer will end, school will start, and I’ll be back on track in a professional career I know will ensure my financial stability. There are lots of ways to find your happiness, and I definitely do not think anyone is obligated to follow mine. There are certainly “smarter” things I could be doing with $5k. However, at the same time, my sense — at least for now — is that I might miss that money in my savings account in five years, but I know for sure I will regret not having at least tried for intrepidness at a time where financially and otherwise, I don’t have a lot to lose.

In roughly 48 days, I’m going to start figuring out what I’d do if I wasn’t afraid. I’m excited — and also nervous, exhilarated, and terrified — to find out what that might be.