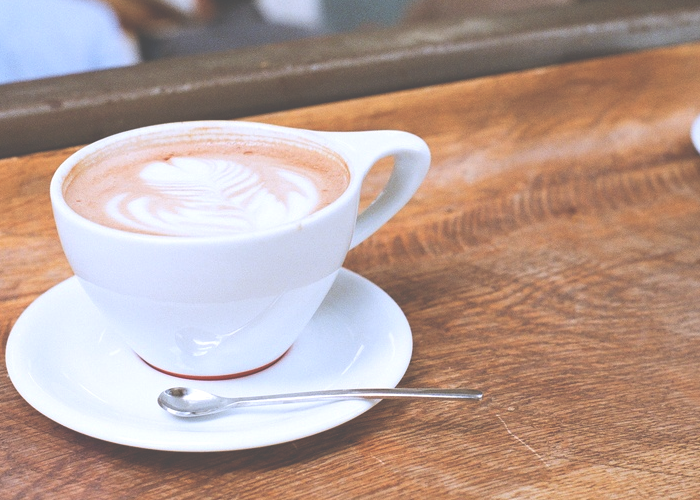 Shortly after dropping out of school to become a full-time writer, I signed a deal for my first book. (Shameless plug, shameless plug.) It was a pretty intense, draining, several-month-long project to finish the proposal and shop it to different publishing houses, so when we finally closed the deal and I collected that first advance check, the last thing on my mind was how much I was going to put away, or invest. I finally had five digits in my checking account, and I needed to reward myself for all those months of toiling and anxiety. In the first few weeks, I took my closest friends out for an over-the-top dinner and bought my (first and only) designer leather bag. I was a kid in a candy store, and given that I was living in Paris at that time, there was no shortage to the amount of frivolous shit I could spend on.

Around that time, I decided to sit down with my most successful friend at that time, a guy who had made a not-small fortune by getting in on the ground floor of a startup, and subsequently getting into the real estate market. I asked him his thoughts about what I should do with my advance money (sizable enough that I could consider options for it, but not big enough to live off of), and he told me, in so many words, that I should worry primarily about how to make more where that came from. “You have a job where there is no cap on your yearly salary, you can make money in a thousand different ways. Yeah, you can save, but your focus should be on making more.”

While I should have known that this advice, from someone who had struck startup gold and who no longer had to worry about living off of this or any other salary, was probably less applicable to my savings-less self, it was the permission I needed to not worry about scrimping and putting away, because I could always make more. I started to look at my career as my sole “investment,” and justified things like social media presence or a relationship with a new client as “investing in my future.” Sure, I was still draining my limited resources like I was going to die tomorrow, but it didn’t matter. The plan was always to “make more” in some obscure way, and to judge my career success (and personal worth) on my ability to do so.

And it’s really insidious to live this way, too, because you really do start measuring your value on your ability to make more money out of nothing. Every contract I secured or side project I took on became validation for my worldview, and as I made the transition to freelance/business-owner last year, that perspective only ramped up as I was no longer limited to the constraints of a 9-5 salary and benefits. Being your own boss — and arbiter of your own financial destiny — can feel addictive in this way, even if you are markedly worse off than when you were at a “regular” job, scrimping and saving. Sure, you might have a dry month where no checks come in, but because next month you can hustle your way into ten thousand dollars if you’re willing to work hard enough, that doesn’t feel like a problem.

But I learned quickly, when I started TFD, that I had to become smarter about this, if only because I was now responsible for something much bigger than myself. I had to have — before anything else — both my personal AND business emergency funds. While I’m still in the process of filling both of those up fully, I’ve been able to do it with more energy because having business-related expenses over the past year showed me just how much “always making more” is a dangerous and shitty way to live your life.

You see, when things like “lawyer’s fees” or “office moving costs” or “infrastructure” would come up, the whole “I’ll make more money” theory went right out the window. Their invoices came in faster than my “emergency side hustle” checks cleared, and I spent months living by the skin of my teeth because I was always behind on my accounts payable and receivable. Only in the past few months have I been able to get ahead of the curve, and living the other way (even briefly) was a splash of cold water that while, yes, I technically have no upper limit to the amount of money I can earn, that does not mean that I can earn it fast enough to cover myself when bills come in. And while I’d already started saving before TFD became a real business, it was in tiny amounts that would have taken years to fill up a sizable emergency fund. My ass had not yet been kicked into high-gear.

And the other problem with the “make more” theory of growth hacking startup bros is that there is only so much you can work, and only so much you can hustle. While we encourage having at least a little side gig at all times here at TFD — if only to diversify your skill set and stay hungry — going into any work setup with the theory that you’re going to take on every project, work 80+ hours a week, and give it all your full energy is just ridiculous. Eventually, something ends up getting cut, and with that the check that you were mentally counting on. Relying on your own ability to be scrappy is one thing, but grossly overstating your ability to work is quite another. You’re going to suffer serious burnout before you get all that money you were counting on.

The theory, too, is that at some point these ideas are going to pay off. A lot of us live with this vague, far-off dream that at some future point we are going to be wealthy (or at least comfortable) because some aspect of our professional lives took off. And while dreaming big is a good thing, and it’s never smart to mentally limit what you can achieve if you’re willing to work for it, counting on hitting the work lottery is dangerous. Yes, it plays into the millenial-entrepreneur YOLO point of view, but the chances that we’re all going to end up a Zuckerberg or #GIRLBOSS type are somewhat slim — even if you deeply believe in what you’re doing.

I am forced to save out of necessity, and have found that it’s starting to become a habit — where it was still painful when I first started this blog, I admit. But I still dream big about my ability to earn more, and to be in a better position at 30 than I was today, or god forbid at 21. I just know that this mythical success — if it comes — will be much easier to appreciate when I’m not desperately depending on it.